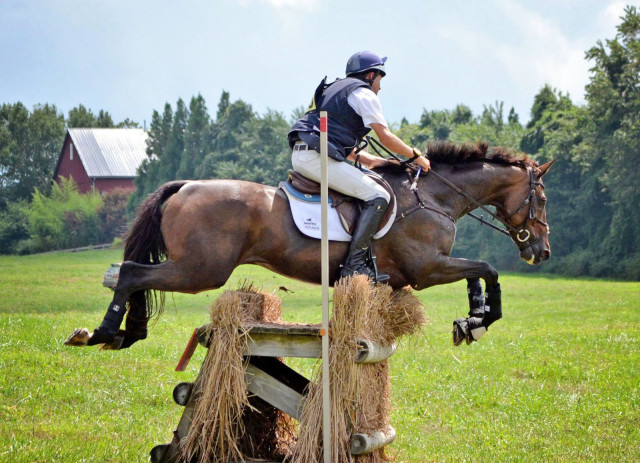 While you know Boyd Martin as a pioneer of event horse syndication in the U.S., what you might not know is he’s also been quietly breeding the next generation of horses he hopes will one day represent Team USA on the world stage.

Boyd and his wife, Silva, previously ran Windurra Stud in Australia, and while he has since stepped away from personally owning a herd of broodmares, that hasn’t stopped him from breeding. Instead, Boyd has shifted his focus to carefully selecting embryos from mares that catch his eye and pairing them with top stallions.

“I wanted to lighten up the next foal, so I decided to breed Fair Fiona to a Thoroughbred stallion,” Boyd said. He chose Raise A Stanza as the stallion, an American-bred Thoroughbred (Raise A Man X Short Stanza, by Verbatim) standing in Australia. 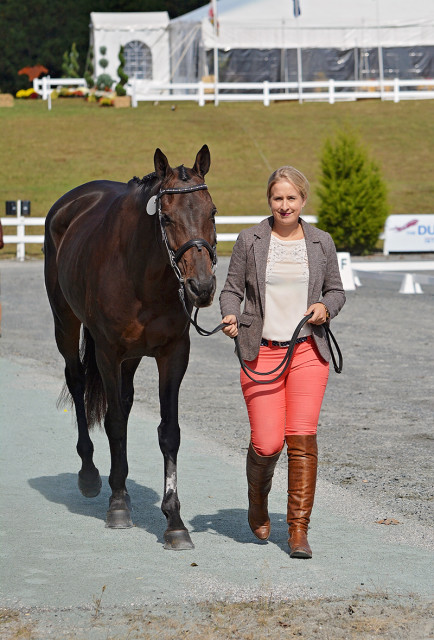 The foal, Ray Price, represents the second generation of Boyd’s breeding program. As for how Boyd chose the name: “Ray Price was one of the toughest, meanest rugby league players in Australia. He was my father’s favorite rugby league player in the ’80s.”

While rugby’s Ray Price made headlines as “Mr. Perpetual Motion,” so named for his hard-hitting style of play, Boyd’s Ray Price is making headlines for different reasons. The last horse he bred in Australia, Boyd’s longtime supporter Amy Lindgren agreed to bring Ray Price to America and own half of the horse.

Now a coming 9-year-old, Ray Price is quickly proving he is one to watch in the States. He won his first CIC2* at the Maryland H.T. in July 2016 and went on to finish second in his first CCI2* at Virginia Horse Trials in October.

“Obviously I think he’s one of the nicest horses I’ve ever had. I’m a bit biased since I bred him and owned his grandmother,” Boyd said. “He’s shown at Dressage at Devon and his mother, Fair Fiona, won a CCI* in Syndey and won the Australian Young Event Horse Show Jumping Championships as a 4-year-old. He’s got a great mixture of everything.”

Ray Price is the latest star prodigy of Raise A Stanza, but the stallion has sired numerous top event horses. Sammi Birch rode his daughter, Enchanted, to a third-place finish in the Adelaide CCI4* in 2003, the year Boyd won with True Blue Toozac and the final year the event ran as a long format. Enchanted also completed Badminton twice.

Raise A Stanza also sired Dotcom, who completed all 24 of his career international starts with Emma Dougall, picking up cross country jumping penalties in just two of those runs. Dotcom completed three CCI3* competitions during his career. Another Raise A Stanza son, Scrumpy Jack, completed his eight international starts, including the Sydney CCI3*, without any cross country jumping penalties.

In addition to coming from a long line of hardy event horses, Ray Price is 78% Thoroughbred. “I think somewhere around 70% Thoroughbred blood is a good number so you have the gallop and that Thoroughbred look and mentality,” Boyd said.

With the other side of his breeding featuring top dressage and show jumping lines through Salute (Saluut X Inia, by Amor), who traces to Ramiro Z, Ray Price is bred to excel in eventing.

“The reality is that I think to remain at the top of the sport you need young horses coming through,” Boyd said. “I’m always on a mission trying to find 4-year-olds, 5-year-olds and 6-year-olds.” 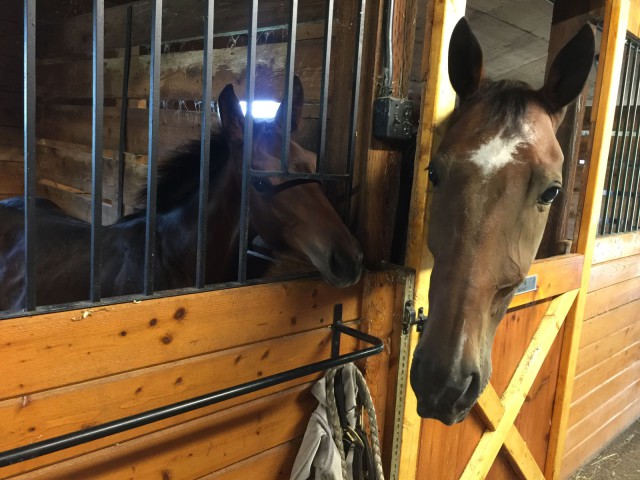 Yippee Yi Yo and Ying Yang Yo having a chat at Denise Lahey and Pierre Colin’s Stony Brook Farm. Photo courtesy of Denise Lahey.

It’s all the better if Boyd can breed those top young horses himself. “I used to breed five horses a year,” he said. “Now I breed one horse every year in America.” While he ultimately sold Fair Fiona in the U.S., Boyd was so impressed with the quality of Ray Price that he tracked the mare down to buy an embryo from her.

(Now 17, Fair Fiona still competes at the two-star level with Ellie Luther in the irons. She competed alongside her son Ray Price at the Maryland H.T. in July, where he won his first CIC2* and she finished in sixth place.)

Perhaps what excites Boyd the most is that Ray Price is just the beginning. He matched the embryo from Fair Fiona to Mystic Replica (Babamist X Taliesing Song, by Judge J B), Mary Hazzard’s Thoroughbred stallion that stands in Unionville, Pennsylvania. The resulting filly, Mystic Affair, features a similar amount of Thoroughbred blood to her half-brother Ray Price.

In 2015 he bought an embryo out of Denise Lahey and Pierre Colin’s Rising Spirit, who competed at the Intermediate level with Laine Ashker before beginning her career as a broodmare. Rising Spirit is by the Thoroughbred stallion Primitive Rising, who also sired William Fox-Pitt’s Rolex winner and WEG silver medalist Cool Mountain. (Primitive Rising is by Raise A Man. Ray Price’s sire Raise A Stanza is also by Raise A Man.)

Boyd matched Primitive Rising’s embryo to Jaguar Mail, the sire of Michael Jung’s 2015 European Champion fischerTakinou. The resulting foal, Yippee Yi Yo, is now a striking yearling ready to play his role in the next generation of top event horses. It can’t hurt that “Yippee” started his life getting advice from Ying Yang Yo, Boyd’s former four-star mount who is retired with his owners Denise and Pierre at their Stony Brook Farm in Peterborough, New Hampshire.

“I want to encourage American breeders,” Boyd said. “We’ve got the best Thoroughbreds in the world right  here. With the technology of frozen semen, we can use the best stallions from Europe and match that with American Thoroughbred mares.”

As Boyd continues on his quest to breed future stars for Team USA, he remains confident he is on the right track. Ray Price is currently leading the way for his own next generation, and Boyd said he will likely aim the horse at another CCI2* this spring before moving him up to the Advanced level in the fall.

“I haven’t come up with a four-star horse I bred yet, but Ray could be it.”

(If you’re interested in joining the journey with Ray Price, Boyd is now offering 10 syndicate shares in the horse. Contact Boyd at [email protected] for more information.)