A double clear cross country round propelled Rebecca Braitling and Caravaggio II to their first blue ribbon together in the CCI4*-Short, and Haley Turner and Shadow Inspector continued their run of sub-30 dressage tests to win the CCI3*-Short at the 2022 Twin Rivers Fall International in Paso Robles, Calif.

Other highlights included victory by Grace Wechser and Raskadero on their dressage score in the CCI2*-Short, the best 5-year-old qualifying score in the country this year for the USEA Young Event Horse Program (YEH) by Michlynn Sterling and Carrigfadda, and the YEH 4-year-old win by Nicole Fuentes and Jungle Love DF. 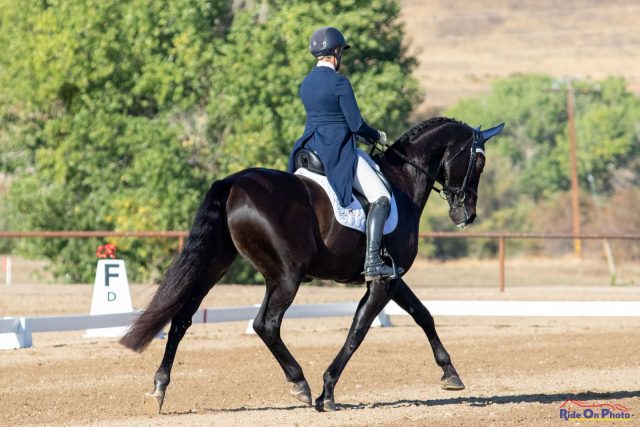 “I had my sights set on Kentucky, and we had a health setback in March,” Braitling said. “So, this has been pretty exciting to get him back at that level.”

They continued their streak of never having a cross-country jump fault in the 26 events they’ve completed since they started competing together in 2019. They added just 1.2 time penalties in stadium jumping to finish on a score of 42.6. Kaylawna Smith-Cook finished second and third with the 13-year-old German Sport Horse gelding Passepartout (Pasco x Preschel) that she co-owns with Gretchen Cook and the 12-year-old German Sport Horse mare MB MaiBlume (Sir Schiwago x Free Lady) owned by the MB Group LLC.

“He’s a super cross country horse,” Braitling said about Caravaggio II. “He really loves it. It’s funny because he’s quite a spooky horse, so it’s odd that he’s so brave at the same time. But, he is a little bit spooky, which is a good thing because it keeps him careful.” 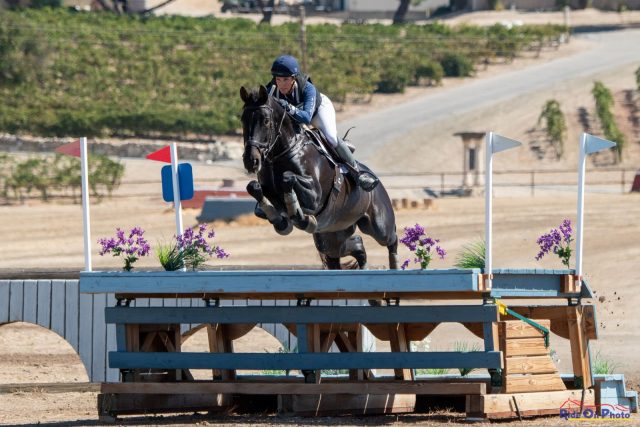 Braitling said that she and the owners of Caravaggio II plan to donate their prize money back to the show in appreciation for Twin Rivers’ hosting the FEI levels of eventing.

In the CCI3*-Short, Turner and her 12-year-old Irish Sport Horse gelding Shadow Inspector (Tinaranas Inspector x Caragh Roller) improved to 21 of 23 events with sub-30 dressage scores since they started competing together in 2019 after the horse had previously done FEI events in Great Britain. They added 6.8 time penalties on cross country to their dressage score of 26.1 to finish on a score of 32.9 while leading after each phase.

“He really kept the energy well,” Turner said. “I was very happy with him because he’s always so steady and obedient. It’s just adding that next level of brilliance to help continue to get our scores better.” 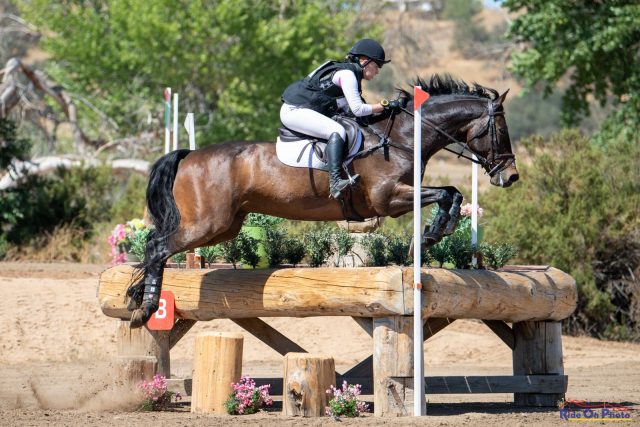 The victory was their first since the CCI2*-Short at the 2020 Twin Rivers Fall International. In 2022, the CCI2*Short was won by Wechser and her 16-year-old Westphalian gelding Raskadero (Rascalino x Naddel), who finished on their dressage score of 28.1.

Sterling said she plans to return to Twin Rivers to compete in The Dutta Corp. USEA YEH West Coast Championships for the first time, a milestone in a journey that began when she bought Carrigfadda off a video from Ireland in July 2021.

“He has been a handful,” Sterling said. “We call him ‘Oscar the Grouch’ and ‘Trashcan Man’ depending on the day. I actually did not show him at all last year. I tried to sort him out and get to know him. He had such a huge ego. He’s not mean and thinks it’s funny. But, his saving grace is that when you get on him, he’s pretty amazing.”

Sterling and Carrigfadda earned 22.4 out of a possible 30.0 in dressage and 64.9 out of 70.0 in jumping and potential for a total score of 87.3. They also won the Novice Amateur division, finishing on their dressage score of 23.9. 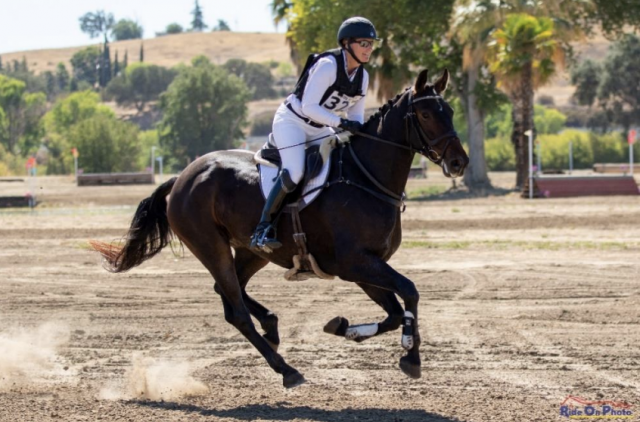 “It felt amazing,” she said. “He is the best jumper I’ve ever sat on. He loves to jump. He just eats it up. I’ve never felt something like that.”

The next best YEH 5-year-old qualifying scores in the United States this year are 86.7 by the Anglo-Arab gelding A-Debussy Royale (Adzaro de L’Abbaye x Zorosa) ridden by Michael Pendleton and owned by Kelli Temple at the Waredaca Farm Horse Trials in Maryland in August and 86.4 by the Dutch Warmblood mare K.M. Baliaretto (Adagio de Talma x Ubalia) ridden and owned by Kurt Martin at the Flora Lea Fall Horse Trials in New Jersey in September. One more YEH qualifying event will take place at the Spokane Sport Horse Fall Horse Trials in Washington on September 29 before the East Coast and West Coast championships are held in October.

For Fuentes and Jungle Love DF (The Twain x Vanity), the YEH 4-year-old winners at the Twin Rivers Fall International with a score of 75.7, their connection began with the bay Oldenburg mare being foaled at the Dragonfire Farm of Earl and Jennifer McFall where Fuentes is a working student, in addition to having a full-time job in IT for the State of California. Fuentes bought Jungle Love DF as a 2-year-old and finished third with her at the USEA FEH West Coast Championships for 2-year-olds in 2020.

“She loves her job, so it’s been a treat to have a horse that loves to do what they’re doing,” Fuentes said. “She’s always been really brave to fences. She took to jumping really well. It’s one of her favorite things.” 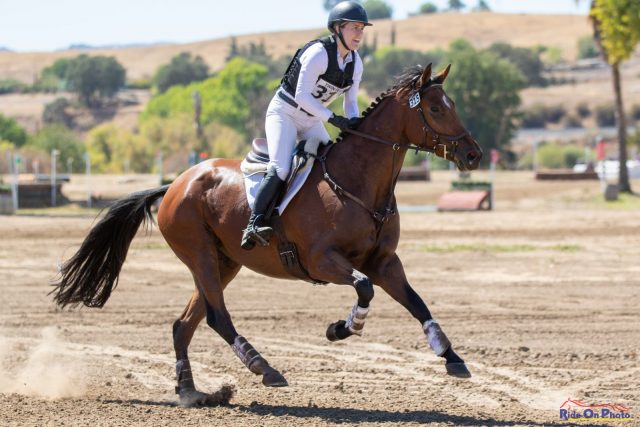 “There was great turnout and quality this weekend, particularly for Young Event Horse and Future Event Horse, and we’re excited about the momentum heading into the West Coast championships,” said Connie Baxter, organizer for events at Twin Rivers. “We’re looking forward to hosting and continuing to promote these valuable series.”

Entries for the USEA Young & Future Event Horse West Coast Championships, the final recognized
event to be held at Twin Rivers in 2022, close on October 11.