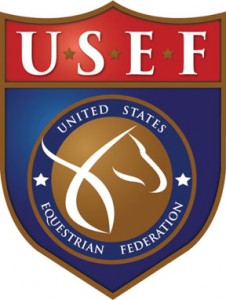 The EN team has been on high alert for the USEF Spring Training Lists since we started seeing Facebook and Twitter updates from the lucky riders who made it last night. Thankfully Doomsday held off long enough for us to get the scoop on who new coach David O’Connor and USEF Eventing High Performance believe will take the U.S. program to the next level. Now that the lists are out and we’ve had some time to look at who made it and who didn’t, we believe the lists have a lot to say about the direction David plans to take this program. It’s clear David is looking to the future, with many younger horses and riders named to the list, which is specifically geared toward preparing a team for the World Equestrian Games in 2014. We’ll continue to bring you more analysis on the lists, as well as reactions from the riders. If you missed the lists, you can view them here.

What does Sinead and Tate’s placement as the sole pair on the Global List say?

Get it, girl. Enough said. After being left off the Olympic team — a decision many in the eventing community believed to be unjust — Sinead and Tate made an incredible statement by finishing second at Burghley. The USEF and David are wisely acknowledging this pair’s talent and potential for the future by placing them on the Global List. While it’s slightly disconcerting that the USEF believes we only have one pair capable of winning anywhere in the world at this point, we also should be encouraged. If Burghley is any indicator, Sinead and Tate would serve brilliantly as an anchor team at WEG. And many of the pairs on the World Class list are just waiting to prove themselves.

What does the World Class List say about the future of U.S. eventing?

Maybe I’m still fired up from reading about David’s sessions at the USEA Convention, but between knowing how prepared David is to take the U.S. program to the next level and seeing the surplus of capable pairs on the World Class list, all I can say is, “Watch out, Germany.” Many of these riders have represented the U.S. at the Olympics, WEG, Pan Ams, Nations Cup, and other major competitions. I can say confidently and without a doubt that each of these pairs deserve to be on the list. Kudos to the USEF for pulling together such a fantastic group. The future of U.S. eventing is very bright indeed with these very talented horses and riders at the helm.

What does the National List say about the future of U.S. eventing?

The National List is a bit more muddled. I’m sure many of these riders were doing a happy dance when they were notified yesterday of their inclusion on the list, while others were scratching their heads wondering why they didn’t make the World Class List. It’s particularly interesting to see Tiana Coudray and Ringwood Magister and Boyd Martin and Neville Bardos on the National List. Since Tiana just represented the U.S. at the Olympics, many will view this as a step down for her. See below for more of my thoughts on Tiana. Neville, who defied death twice and captured the hearts of millions, was the highest placing U.S. horse at the 2010 WEGs and a favorite for the Olympic team; I expected to see him on the World Class List.

How did the 2012 Olympic team fare on the lists?

Boyd Martin and Otis Barbotiere — We can only speculate at this point, but Otis being left off the lists might indicate that there are ongoing unsoundness issues we don’t know about. Last we heard, Otis had an infection in his leg and was scheduled for four months off, which should have him set to come back into work at the beginning of next year. It’s possible he wouldn’t have been back into work long enough to justify going to the spring training sessions. We hope to catch up with Boyd shortly and get the scoop. Stay tuned.

Phillip Dutton and Mystery Whisper — The horse, owned by Jim and Arden Wildasin, has returned to his owners and will continue his competition career under Arden. Mystery Whisper was only intended to serve as Phillip’s mount for the Olympics, hence why we’re not seeing him on the list.

Will Coleman and Twizzel — Will and Twizzel had the Stop That Must Not Be Named at the Olympics, but I don’t think that’s why they’re not appearing on any of the lists. With WEG being the focus of the lists, it’s likely Twiz will just be a bit too old to aim for Normandy. He’ll be 18 in 2014, and while there are certainly old campaigners like Lenamore actively competing at the upper levels, it seems the USEF wanted to focus on younger horses.

Tiana Coudray and Ringwood Magister — There are many ways to analyze Tiana’s placement on the National List. Some might say it’s a blow to be placed on the National list mere months after representing the U.S. at the Olympics. But I’d like to put a positive spin on it. After a less-than-stellar performance at the Olympics, it says a lot about David’s faith in Tiana and Finian to redeem themselves at the highest levels.

Which notable riders and horses didn’t make any of the lists?

It’s interesting these lists were published on Doomsday, as I imagine many riders who were left off the lists feel like it’s the end of the world. While I am perplexed at some of the notable names that are nowhere to be found, I also believe we need to put our faith in David and the USEF right now. This is a program in flux and transition, and we have to trust that David knows what he’s doing and knows what’s best for this program. That said, here’s some notable names and horses we expected to see on the lists:

Colleen Rutledge and Shiraz — Colleen and Luke have tackled  four of the world’s six four-star events, and this pair has an incredible track record on cross country. They could easily be on the World Class List, and certainly on the National List. So why were they left off? I have two theories. One is that the Mayans were right and the world really is ending today. The second is that Luke will be 16 in 2014. After looking at the ages of some of the other horses who didn’t make the list, it seems like the USEF and David are looking to invest in younger mounts. That said, if you’ve ever seen Luke go cross country, you know he’s a beast and age is just a number to him. Colleen’s husband Brian’s Twitter account registered a great deal of frustration this morning; his sentiments are undoubtedly shared by many in the eventing community.

Sally Cousins and Ideal Contini — Sally is putting together a syndicate for this horse and has made it very clear that she is aiming him toward the WEG. I expected to at least see them on the National List.

Will Coleman — Will doesn’t appear on any of the training lists. His up-and-coming mount Zipp had a strong showing in the CCI2* at Fair Hill in October, so I expected to see this pair on a list.

1:41pm Update: We just heard from Will that he recently sold Zipp.

Karen O’Connor and Mr. Medicott/Mandiba — We expected Karen to retire from international competition with David stepping into his coaching role, as the two made it clear they viewed it as a conflict of interest for her to continue riding on teams. Even if the USEF had found a workaround, Karen’s spine injuries from her rotational fall at Morven Park likely would have kept her off the lists regardless.

Jan Byyny and Inmidair — Jan and Inmidair appeared on last year’s USEF B List. Some trouble on cross country at the Fair Hill CCI3* may have kept them off a list this year.

Buck Davidson and Ballynoe Castle RM — I love this horse, so I was definitely disappointed not to see his name on a list. Reggie went to the WEG in 2010 and has an incredibly solid competition record. Luckily for Buck, he has two other horses that appear on the list.

Boyd Martin and Otis Barbotiere — As previously mentioned, it’s surprising that Otis isn’t on a list. Boyd has four other horses on the list, so he certainly won’t be left out, but it’s odd to see his Olympic mount — not to mention a horse that is such an incredible athlete — not be included.