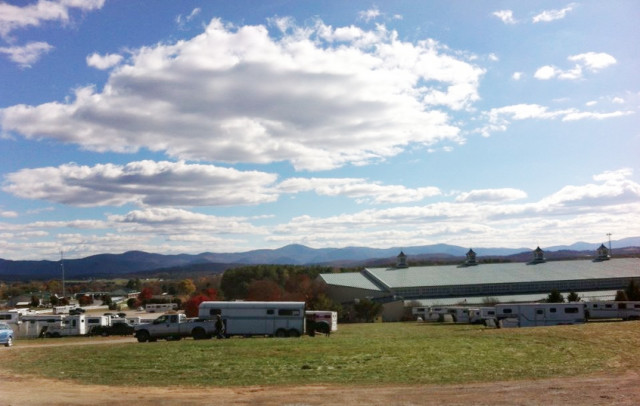 After dedicating much of their lives to running the Virginia Horse Trials, Brian and Penny Ross have announced this year will be their last, with New Zealand FEI Technical Delegate Andy Bowles slated to take their place. The official switch will happen in January, with the first event run under Bowles slated to take place in May, when he plans to make the U.S. his permanent home.

“After meeting Andy at our first NAJYRC in 2005, we knew that he had the passion for eventing in his blood,” Brian and Penny said in a statement. “Then after working closely with him over the years, we had the feeling that if we ever wanted to retire, he would be the type of person who could continue to maintain the high standard that we have always strived for.

“When the opportunity presented itself earlier this year, all three of us had the same level of excitement that would enable the Virginia Horse Trials to continue to be a destination for riders for years to come. We wish him good luck, and will support him in any way we possibly can.”

Andy frequently works at events in the U.S. and around the world and has long loved VHT, so it became a natural fit for him to carry on the legacy. “My goal for the event is to continue on the tradition of the Virginia Horse Trials which Brian and Penny have created, working with riders to grow the show, while continuing to involve the community to make it a must attend destination,” Andy said.

The Virginia Horse Center has hosted NAJYRC three times, as well as a CCI2*, and Andy hopes to take advantage of the venue to grow Virginia Horse Trials, with an increase in prize money money, spectator and vendor presence planned. He also will continue holding other events throughout the year for riders.

“A great show is a reflection of the people behind it, and these two remarkable people have dedicated their lives to creating something very special,” Andy said. “I am honored to be entrusted with the events future by Brian and Penny and will dedicate myself to succeeding in that role.”

We’re thrilled Brian and Penny have found someone in Andy who can continue on with the event, which is a staple on the mid-Atlantic calendar through the year, with the end of season CCI* serving as a goal for many riders on the East Coast. And it sounds like Andy has plans to make the event bigger and better, which PRO’s Samantha Lendl hits the nail on the head in saying we need.

“It is critical that we continue to hold top events in this country to grow and develop the sports image and following,” Samantha said. “Penny and Brian have created a remarkable event, and it would truly be a shame for all their hard work not to live on. I think that Andy will do a fantastic job building on what they have worked so hard to produce and look forward to seeing him succeed.”