After many years signing his name at the bottom of dressage tests, Brian Ross is hanging up his pen and retiring from the booth at C.  His wife Penny Ross sent us this note along with a couple photos as Brian said goodbye to his final ride as a dressage judge.  I always appreciated his fair, consistent scores and helpful comments– he will be very missed those who rode for him!  We wish him all the best in the future, and look forward to Brian and Penny’s continued efforts with the Virginia Horse Trials. 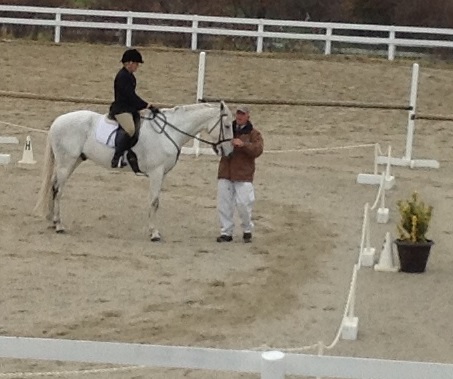 In the photo above, Brian stands with his last Dressage Ride of his officiating career. After 35 years serving USEF and  25 years as a FEI official, he is saying goodbye from “C.” Brian is looking forward to his alternative life style on his farm, he will also dedicate more time to the Virginia Horse Trials as he celebrates the 25th anniversary of its origin. 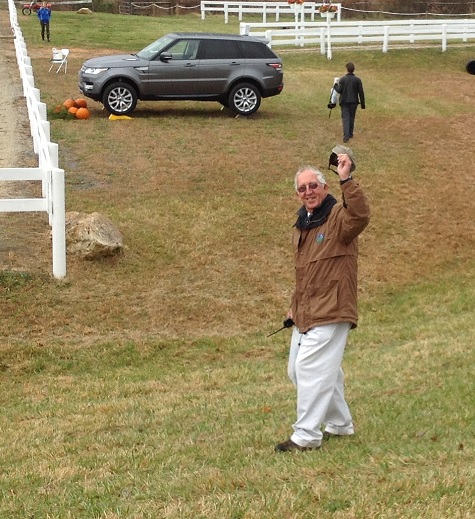