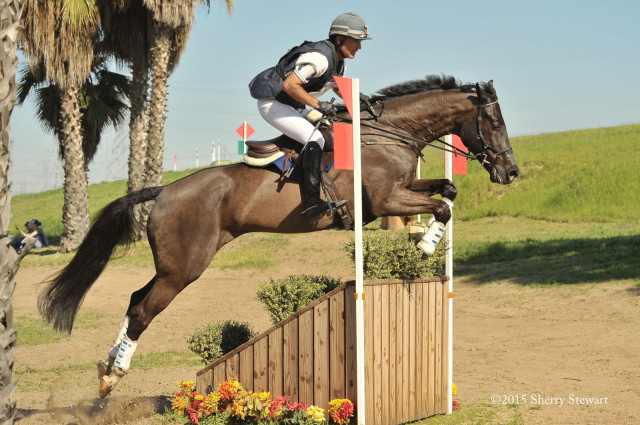 Who would be surprised that Ballynoecastle RM (Reggie) jumped clear on cross country today to hold onto his overnight lead in the Advanced Test A division at Rocking Horse? With a bit of breathing room over Kyle Carter and Madison Park, who dropped from second to fifth with 10 time penalties, Buck Davidson had no need to push for time. Reggie cruised across the finish with .8 time penalties to secure the win. Buck and Copper Beech, third after show jumping yesterday, moved up to finish second. 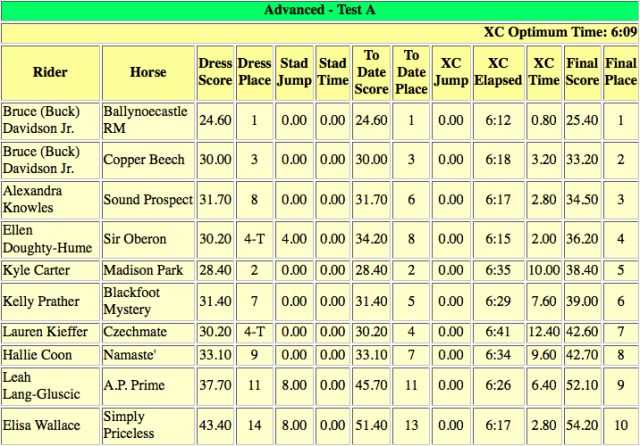 Lauren Kieffer and Meadowbrook’s Scarlett had no trouble on course in the 25-horse Advanced Test B division. They were leading on their two-phase score of 28.2 overnight and added just 1.2 time penalties to win. Buck and Petite Flower put in the only double-clear round of the division to finish second.

“I missed at a small table and he hung a leg,” Caroline said, adding she gave “Rory” a 10-pound bag of carrots to make up for it. We’re sure he forgives her and they’ll be back in action very soon.

We’ve been told that Joe and Clip Clop misjudged an open corner which led to their tumble. Clip Clop is uninjured and Joe is a bit bruised but okay. 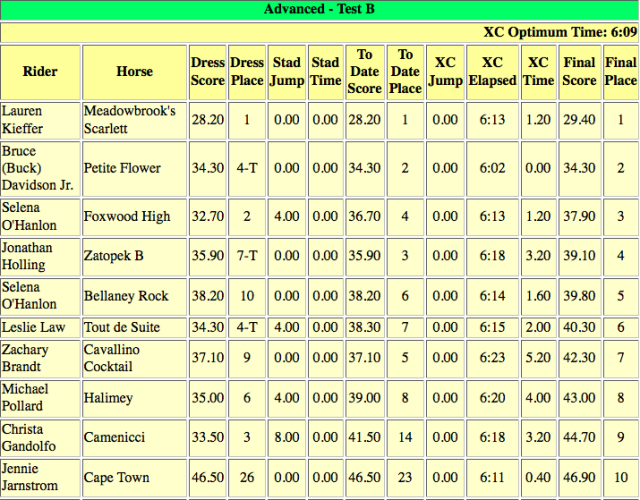 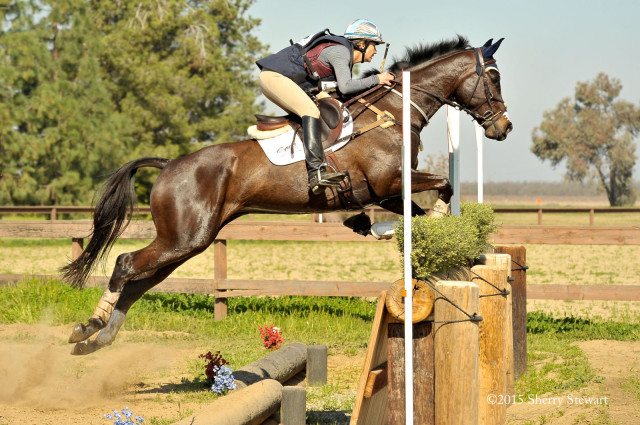 Fresno County Horse Park, in Fresno, California hosted the first international divisions of the year in Area VI. Matthew Brown and Mary McKee’s Happenstance led the CIC2* from start to finish, adding only 1 show jumping time penalties to their dressage score. Matthew received the $30,000 Rebecca Broussard Developing International Rider Grant at the USEA Convention this past December, and this win is an excellent start to a very exciting future for Matthew and the East West Training Stables crew. 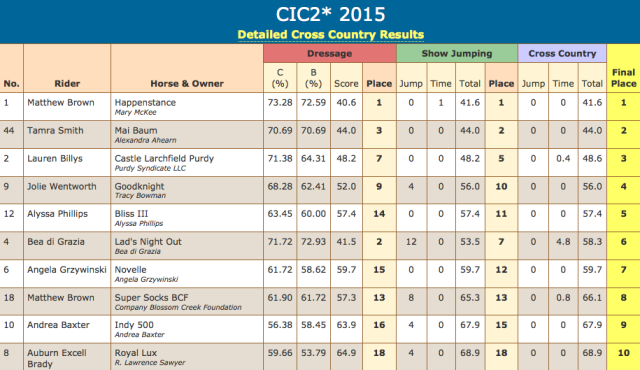 Newlywed Frankie Thieriot Stutes and Chatwin also led their division from the start, finishing on their dressage score to pick up their third CIC1* win in five months. Sara Mittleider and her own Code Name finished second nearly ten points behind Frankie and Chatwin, adding just a few seconds on the clock across the country. Gina Miles and Corie Young’s Contalli Di Revel round out the top three, moving up from fourth with two double-clear rounds. 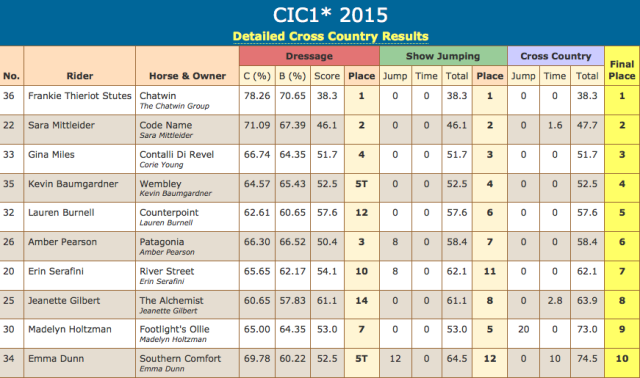 Paradise Farm got underway with its “weekend” divisions today. There are four riders in the Junior Young Rider Open Preliminary and Preliminary Rider divisions and five in the Open Preliminary. Morgan McCue (Shannondale 54), Erika Nesler (Right Above It) and Caroline Teich (Zeus) lead these three divisions respectively with cross country still to come tomorrow.

The weekend divisions run through Beginner Novice, and there are some very good two-phase scores posted, with multiple pairs nearing the dressage mark of 20 today, including Stacey Driscoll and Popeye (21.1 – Open Novice), Suzanne Murray and Gunnar (21.3 – Novice Rider) and Erin Renfroe and Porter Creek (21.0 – Open Training). And shoutout to Kerry Torrey and The Stig for their win in the Friday Open Training division on a score of 16.7. Wow! 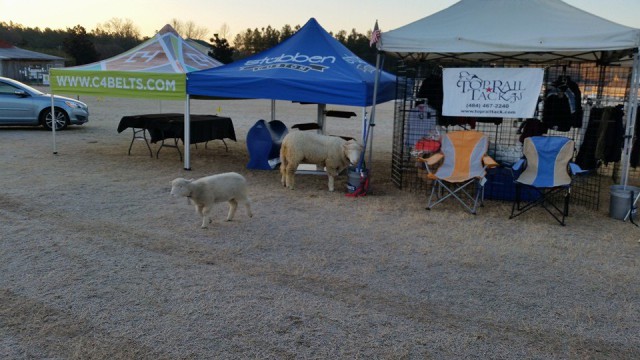 There are sheep in Paradise! Cloudy and Stormy make sure everything is in order at the trade fair on this chilly Saturday morning. Photo via Lellie Ward’s Facebook