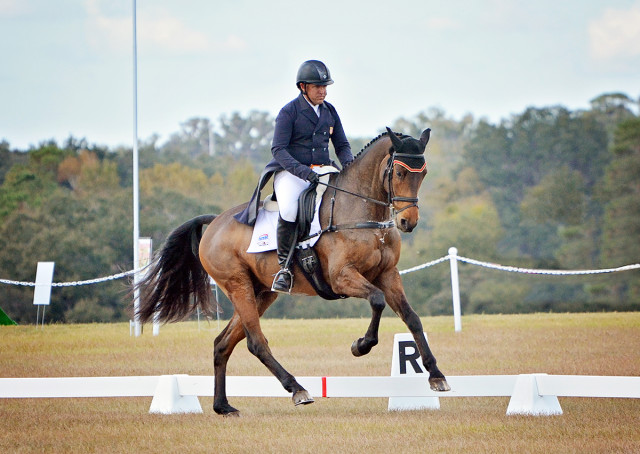 Buck Davidson and Carlevo LLC’s Carlevo delivered a personal best dressage score of 38.7 as the penultimate pair to go at the inaugural Ocala Jockey Club International Three-Day Event to the lead CIC3* after the first phase. That’s just the second score in the 30s in the entire competition, but it still doesn’t give Buck much breathing room as we look ahead to this afternoon’s show jumping.

Clayton Fredericks and FE Bowman, who he owns with Amanda Bernhard and Diana Crawford, sit just 1.5 penalties behind in second place on 40.2, with Allison Springer and Arthur and Doug Payne and Debi Crowley’s Vandiver tied for third place on 41.7. Less than a rail separates the top four, and less than two rails separate the entire top 10. With $48,000 in prize money on the line, the pressure is on as horses and riders tackle Richard Jeffery’s show jumping course at 3:30 p.m. EST. 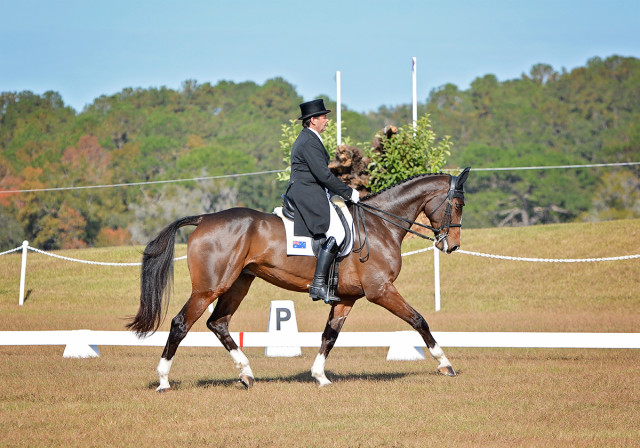 Looking to the rest of the leaderboard, Lynn Symansky and the Donner Syndicate’s Donner and Katie Ruppel and her own Houdini are tied for fifth on 44.4. Buck Davidson has a second ride in the top 10 in Caroline and Sherrie Martin’s Petite Flower, who scored 44.6 for seventh place. That gives us seven tests in the division that garnered sub-45 scores.

Jon Holling and Constance Holling’s Downtown Harrison scored 45.1 for eighth place, with Sara Kozumplik-Murphy and Edy Rameika’s Rubens D’Ysieux scoring 45.7 in their CIC3* debut together to sit in ninth place. Matt Brown and Blossom Creek Foundations’ Super Socks BCF are rounding out the top 10 in the 22-horse division on 46.4. Keep scrolling to view a photo gallery. 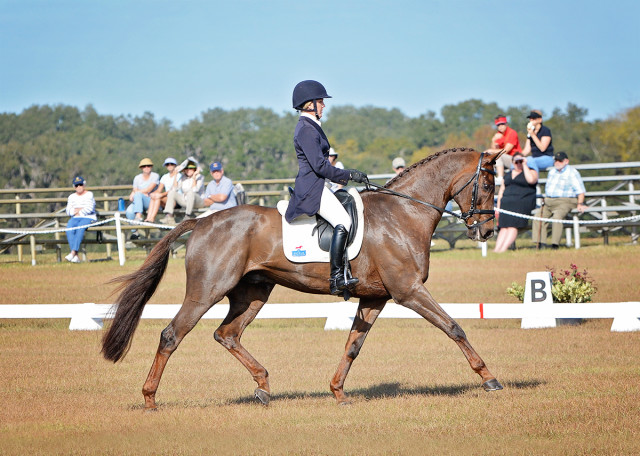 It’s been a very warm day here in Florida so far, and CIC3* show jumping will start at 3:30 p.m. EST this afternoon during the hottest part of the day. Some clouds are starting to roll in now, and the chinchillas would welcome a bit of respite from the heat! You can watch show jumping live on EQTV at this link, and then check back later this afternoon for the full report.

CCI* dressage just concluded, and no one caught Liz Halliday-Sharp’s leading 36.7 score from yesterday with her own Deniro Z, so she leads the massive 71-horse division overnight as we look ahead to cross country. Liz came the closest today to overtaking her lead, and she now also sits in second with Elarona, who she also owns, on 41.8.

Allison Springer and her own Business Ben are third on 43.5, with Kimmy Steinbuch and Ruth Bley’s Envogue in fourth on 44.5 and Leslie Law and Fernhill Divergent, owned by Julie Richards and Carol Gee, rounding out the top five on 44.7. 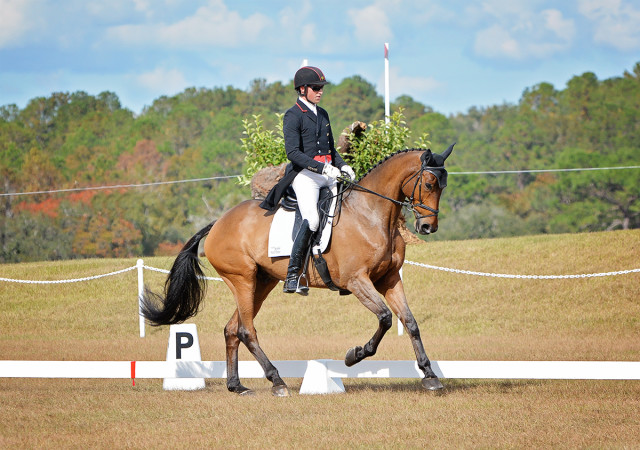 We also have a very special guest competing in the CCI* in France’s Astier Nicolas, individual silver medalist and team gold medalist from this summer’s Olympic Games in Rio de Janeiro. Astier is catch riding Kingfisher Park’s FE Ophelia and is tied for 10th place after dressage on 47.2.

The CCI2* competitors have a day off today. If you missed the action yesterday while stuffing your face with turkey, Hannah Sue Burnett and Cooley Dream LLC’s Cooley Dream lead on 43.9, with Boyd Martin and Christine Turner’s Kyra in second on 44.9 and Sara Kozumplik Murphy and Edy Rameika’s L’Alezane in third on 47.0. You can read quotes from Hannah, Boyd and Sara in yesterday’s report. 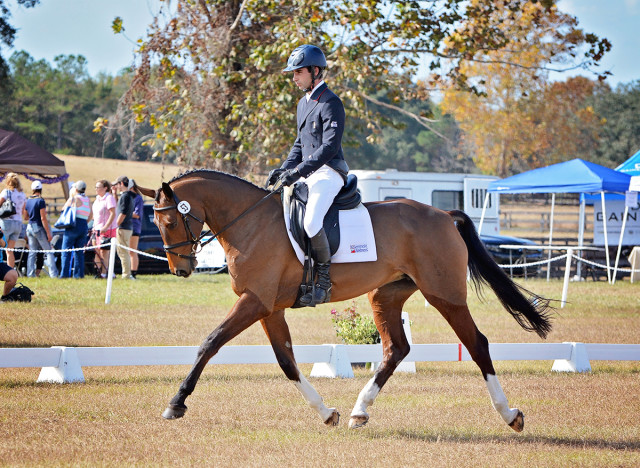 Click here to catch up with all of EN’s #OJCInternational coverage so far, and stay tuned for much more from CIC3* show jumping later this afternoon. If you’re looking to do some online shopping while you wait for the live stream to start again at 3:30 p.m. EST, don’t miss these Black Friday sales. Go Eventing. 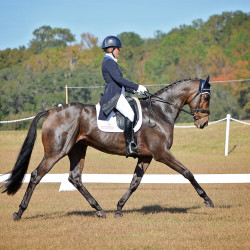 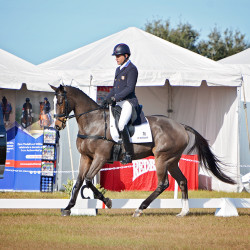 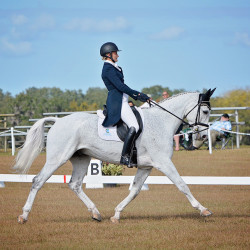 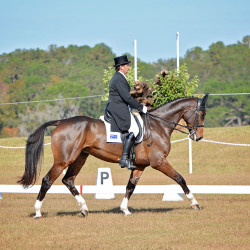 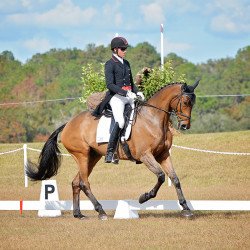 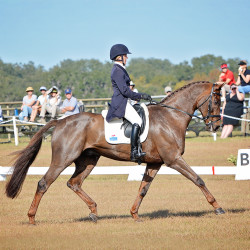 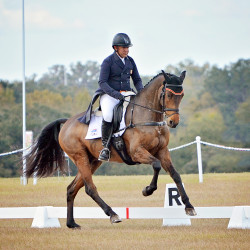 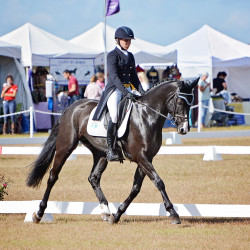 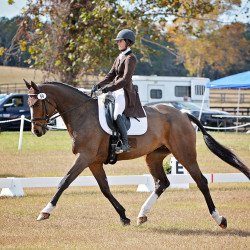 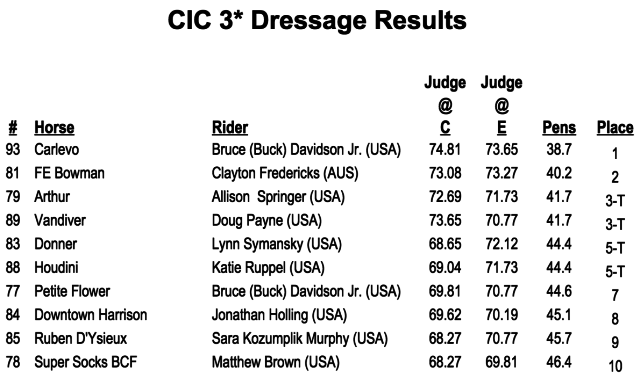 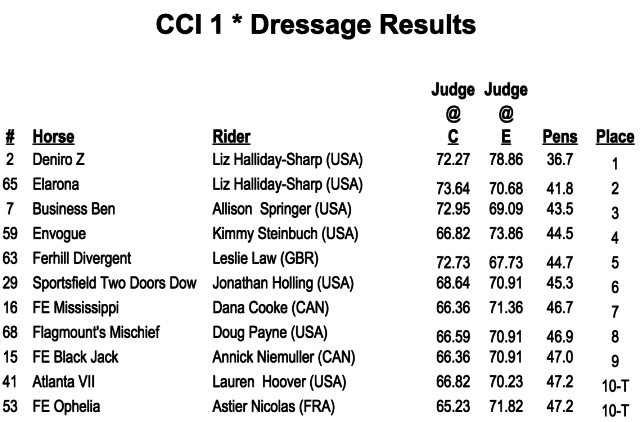