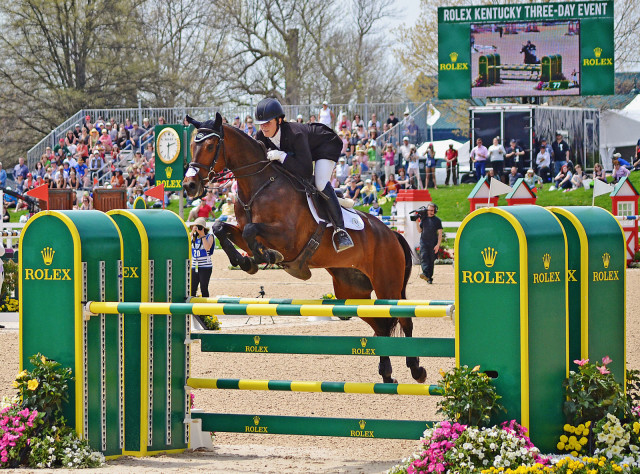 Red Hills has both a CIC3* and an Advanced division running this weekend. I already predicted the CIC3* top finishers in this post, and now I’m going discuss who I think our top five finishers in the Advanced will be, as well as a dark horse.

The Advanced division is quite a bit less experienced as a whole than the CIC3* division. While some riders are using this division as their first Advanced start of the year for a horse prepping for Rolex, several others have entered horses with only one or two previous Advanced runs. This inevitably makes the placings tougher to predict, as less data is available.

For the Advanced division, the dressage test will be 2014 USEF A-A. The cross country course designer is Hugh Lochore and the show jumping course designer is Fuzzy Mayo. Hugh Luchore designs for several venues on the East Coast, including Carolina and Chattahoochee Hills. However, Fuzzy Mayo designs only for Red Hills, so any prior experience the riders have had with his courses will be exclusively from previous years.

1. Lauren Kieffer and Veronica: Veronica is easily the most experienced horse in this field, and that should help Lauren secure the win this weekend. While it is Veronica’s first run at this level this year, it should be well within their grasp to take home the blue.

Veronica has previously performed this dressage test only once, scoring a 32.8, just a tick above their typical average of 31.2. This score should still have them in the lead after the first phase, but not by much. These two run fairly sedately across Hugh’s courses, averaging 15.2 time penalties.

In their only Fuzzy Mayo course at last year’s Red Hills, they posted a double clear, which will help them clinch the win with a score in the high 40s.

At this point in the rankings, the math becomes a bit dubious, as the second and third places both recently ran their horse’s first Advanced at Rocking Horse. As a result, their predicted finishing score is identical to their final score at Rocking Horse, because this is the only data point I have.

While Rocking Horse is a lovely first Advanced, it is very flat, and Red Hills can be quite a big step up depending on the year. Expect to see some shuffling in the rankings below.

2. Hallie Coon and Celien: Hallie Coon is no stranger to this level, having qualified Namaste for Rolex over the course of 2014. Her experience should serve Celien well as she tackles this weekend’s course.

This mare scored a 38.8 in her Rocking Horse debut, which is similar to the scores she received at Intermediate. The score should land her within stalking range of the leaders. Only 7.2 time penalties across the country could move her up the ranks, but we may see an increase here due to hillier terrain. Finally, replicating her one-rail round from Rocking Horse will allow her to finish on a score near 50, cementing her second-place finish.

3. Kelly Prather and Truly Wiley: Another greener horse with an experienced rider, Truly Wiley also recently stepped up to the plate at Rocking Horse. This horse is no stranger to terrain, having tackled the Dutta Corp Fair Hill International CCI2* last fall with no time penalties, so he could make an impact in the second phase.

Truly Wiley scored a 42.8 three weeks ago, but has the ability to score lower in the future, with a range at the Intermediate level down to the low 30s. Kelly guided him around cross country with only 8.4 time penalties, but will need to work to replicate the same effort on the Red Hills course. A repeat of their double clear show jumping round will inch them up the standings to finish just behind Hallie with a score just over 50.

4. Waylon Roberts and Kelecyn Cognac: Waylon is an experienced competitor at the upper levels, and he obtained the ride last year on Kelecyn Cognac, who had previously been campaigned up to the CCI3* level over in Europe. They finished the Fair Hill CCI2* last fall in fine style, placing fourth on their dressage score, and recently ran their first Advanced as a pair at Pine Top. Since the numbers I use are a gauge of the horse’s past performances and not the rider’s, Kelecyn Cognac’s European shows are included.

The horse’s average for dressage at this level is a 33.5, although he scored a bit higher than that at Pine Top. Waylon has certainly proven he can be quick with this horse, who averages only 9.6 time penalties across the country. Kelecyn Cognac is not the most careful horse and averages three rails per round for show jumping. Even with those rails, Waylon could squeak out a fourth-place finish with a score in the low 50s. 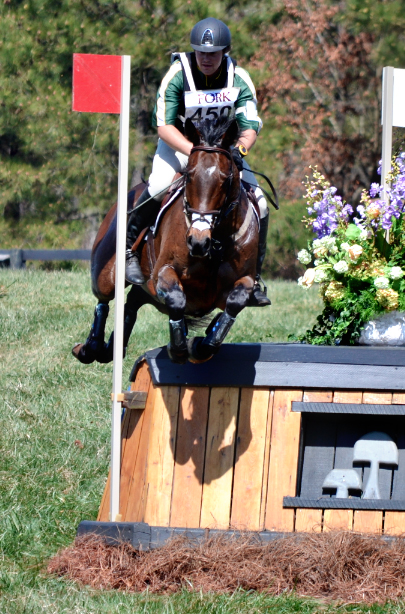 Imperial Melody averages 41.9 on the flat, which should put her mid-pack after dressage. Her strengths are in the jumping phases, where she averages only 7.2 time penalties across the country and a rail with a couple time penalties in show jumping. These two will slide into fifth with a score in the mid-50s. 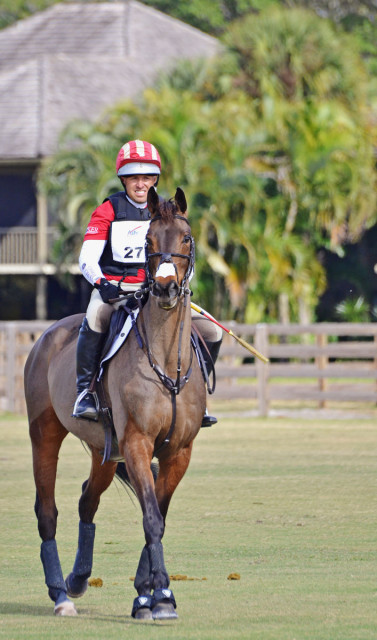 Buck Davidson and Petite Flower: Petite Flower is a phenomenal mare, but she isn’t an easy one. She is the only one in this field who can truly challenge Veronica on the first phase, and Buck has helped her blossom into a fantastically careful show jumper, the sole horse in the field who averages double clear rounds at this level.

However, she is fairly fickle on cross country, and Buck has not had a tremendous amount of success with her at the three-star level, with the exception of Galway Downs in 2013. She’s entered in the Advanced this weekend though, not the CIC3*… and she has never had a single stop at an Advanced. And when she has no stops, she is very, very fast.

If Petite Flower holds her pattern of having clear rounds at Advanced events, she will win this weekend, and emphatically at that. On the other hand, this will be the most formidable Advanced course she has ever faced, likely closer to a CIC3* than the other Advanced tracks she has faced. It’s all up to her.