It was a soggy start to the week with Tryon getting several inches of rain that carried on yesterday morning and left most of day one competitors riding in overcast conditions. By the end of the day, the sun finally deigned to peek out from behind the clouds. Despite the sogginess, the footing at Tryon is second-to-none and the ring held up extremely well for the competitors who faced wetter conditions today.

The ground conditions on cross-country are apparently a different story, as mentioned by guest commentator Will Faudree on the live stream. It’s extremely wet out there, enough so that the competitors have been prohibited from walking the course today. Tryon has already taken a look at their initial schedule and completely re-worked it in an effort to give the 4*-L the best ground possible. No one will run cross-country today and the first competitors over the turf on Saturday will be the CCI2*-L competitors will be followed by the 4*-L riders. CCI4*-S competitors will now run cross country on Sunday.

Like Galway Downs, dressage percentiles from each judge have not been made publicly available, so it is not possible to review any judging trends that might be emerging.

Unlike Galway Downs, yesterday proceeded much as expected. Although there were a few surprises individually, overall the field hewed extremely close to expectations. The average of yesterday’s dressage competitors was expected to be 33.55; the average of yesterday’s scoring ended up as a 33.51, only four hundredths of a point off. Meanwhile, 33% of the competitors who went yesterday scored within 1 point of their expected score, including nine pairs who scored within half a point of expectations. Of the pairs who scored more than a point better or worse than expected, they were split fairly evenly. The takeaway from yesterday is that while an occasional competitor may have been rewarded or punished unfairly in the scoring (and that is difficult to evaluate without judge percentiles), the overall judging has been accurate as a whole. If the judging continues on the same path, those at the end of today should end up with no advantage over those who went yesterday, which is the ideal situation.

To no one’s surprise, our leader at the end of the day was RF Scandalous, whose 21.5 is only a tenth of a point different than her average of 2020 A/4* tests. Starr Witness, Rubens d’Ysieux, and Blackfoot Mystery all hewed closely to their expected scores while On Cue, Miks Master C, and Leamore Master Plan all chose an opportune moment to put in tests close to or surpassing their personal bests. First-time 4*-L pair Woods Baughman and C’est La Vie 135 put in an excellent showing, his 29.1 hewing extremely close to his 2020 A/4* average. Tamie Smith and EnVogue unfortunately may have suffered from their very early order of go; despite an accurate test with lovely expression they sit just under 30 instead of the mid-to-low twenties that they were hoping for. Tamie will be back out today though, with another legitimate crack at one of the top placings. 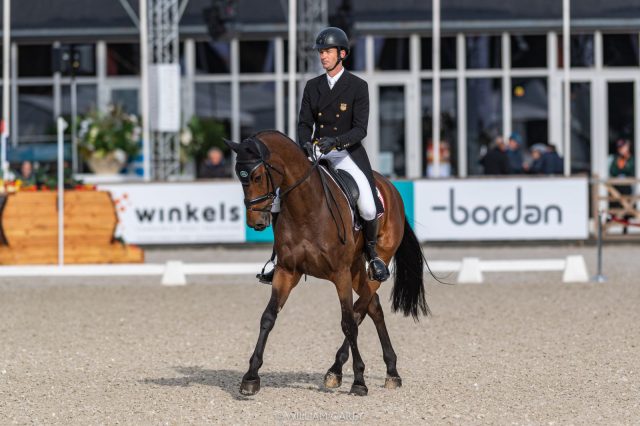 A year ago, Matt Flynn and Wizzerd would not have entered the conversation of top dressage horses, averaging a career 33.9 for the A/4* levels and only breaking the 70% mark once. In 2020 though, they’ve come out swinging, scoring a personal best of 27.3 at this venue in early September and then bettering it again two weeks later with a 26.9 at Stable View to prove it wasn’t a fluke. If they can match their 2020 average of 26.6, they’ll be right up in the conversation at the end of phase one. 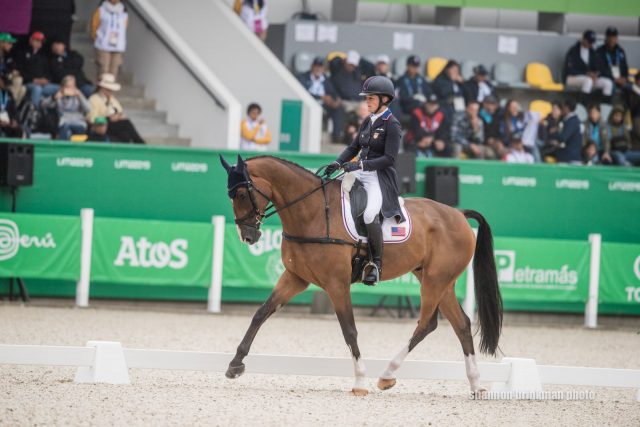 A horse who has been lightly competed at the top level, RF Cool Play could be a wild card this morning. Under Lynn Symansky, this horse contributed to the Pan Am team gold last summer, finishing in silver individually. This limited his A/4* starts in 2019 to only a 4*-L at the Ocala Jockey Club and this year has only had two starts since things resumed this spring, winning both a Prelim and a 3*-S back in August. His 2020 scores have all broken 70%, and have broken 75% twice but this has all happened at the lower levels. At the A/4* level, he has broken that mark only once out of five starts, scoring 25.9 penalties at Morven back in 2018. However, the scores in his other four tests at the level range from a 31.1 to a 32.2, consistent but not quite there. 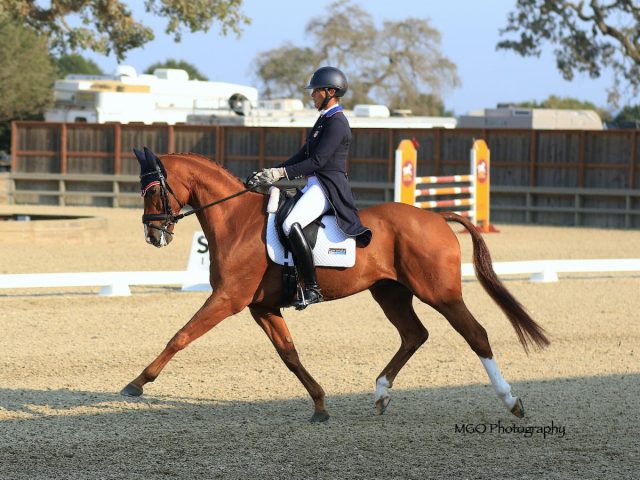 Tamie Smith and the talented Danito are one of the few pairs to have the cops to be competitive with RF Scandalous; their score of 19.6 penalties in the Advanced at Galway Downs this July is the best career dressage score in the field at this level. They’ve broken 75% in three of the horses five starts at the level, averaging 23.2 penalties overall. One downside is that this horse’s score has been rising slightly in each consecutive start since July; although his worst mark of 26.0 penalties is still an excellent score, it comes in his most recent start. 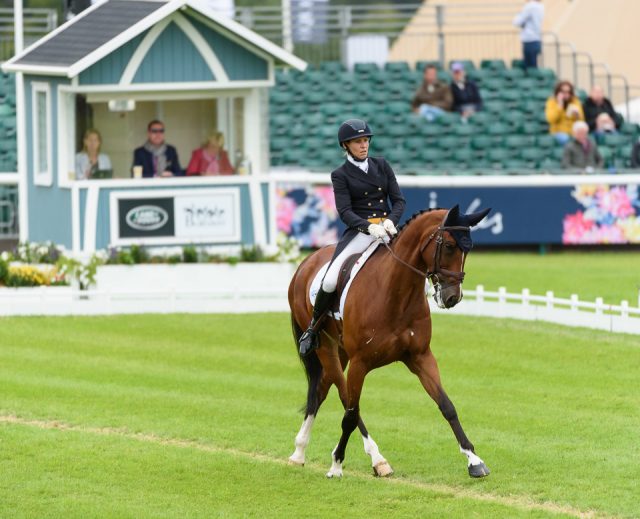 As the only pair in the field to win multiple 4*-S divisions this season, Liz Halliday-Sharp and Deniro Z will be on a mission to make it a hat-trick for the year. Their 2020 average of 25.4 penalties is the third-best in the field but this is a pair who put in a personal best 23.6 penalties in the Advanced at Stable View in June after quarantine restrictions were lifted and have ticked up slightly in each subsequent test. They’ve stayed below their career A/4* average of 28.5 but will need to do better than that on this occasion to have a chance for the win.

Stormtrooper is a Clayton Fredericks ride who has really blossomed with not only an extra year at the level but also some time to stay home and work on the fundamentals. This horse went from averaging 35.6 for the level pre-pandemic to scoring a new personal best in three consecutive tests when things started up again, averaging a 29.3 this fall. If he continues the same trend here, he’ll best his current best score of 27.7 for the levels, clocked in at the Advanced at the Florida Horse Park last month. 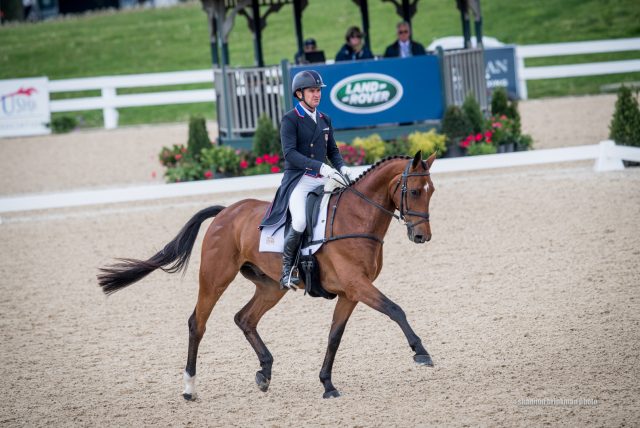 Phillip Dutton is no stranger to the top of the leaderboard, and with his WEG horse Z, he will be right there stalking the leaders. This horse, who in 2019 scored extremely consistently in the low thirties but couldn’t quite break into the twenties until his very last start of the season, has clearly spent his time in quarantine doing some homework. In three starts at A/4* during the 2020 season, Z averaged a 27.1 penalties, just over four points better than his 2019 average of 31.2 for the same levels. Although he hasn’t been consistently known as a powerhouse in this phase, he’ll be one to keep an eye on going forward. 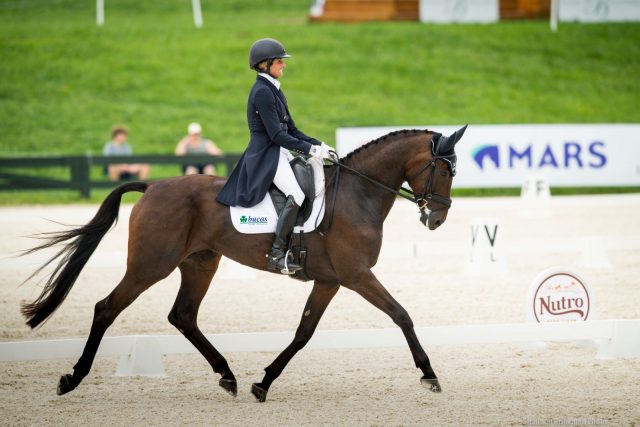 Up until 2020, Stella Artois had never managed to get over 70%; although she did manage to knock her average on the flat from a 34.0 prior to 2019 down to a 31.5 for the year of 2019, the 70% mark had eluded her. Jennie Brannigan made sure that changed this year with an absolutely smashing personal best of 25.2 at the oddly-scored Great Meadow 4*-S in August, their first start at the level for the year. Since then, they’ve floated back considerably, scoring a 30.6 and 36.7 in their most recent two starts, but the strong showing in August demonstrates that the potential is there for a show-stopping score. 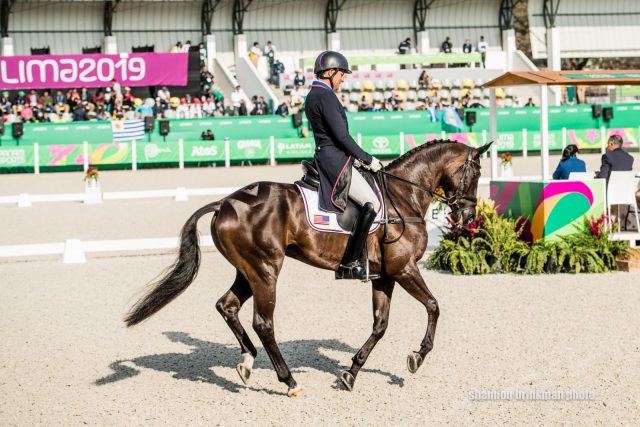 Boyd Martin‘s mount Tsetserleg might have been known primarily for his success as a 2018 WEG team member, his nail-biting second place finish at the 2019 Kentucky 5*-L, and his double Pan American gold, but this mighty little horse has utilized his jumping phases to build on a solid but not brilliant dressage score. In fact prior to 2020, Tsetserleg’s personal best at the A/4* levels was only a 29.9 scored at the 2018 Red Hill 4*-S and the only occasion on which he had broken into the twenties for the level. Interestingly enough, his two 5* scores of 27.9 at Kentucky in 2019 and 27.1 at this venue for WEG in 2018 were 2+ penalties better than his personal best at the A/4* tests. This is not a very common occurrence, and displays how well Boyd Martin can tighten the screws to get the scores he needs most at the right moment. In his only Advanced start of the year, he smashed those scores with a new personal best for the A/4/5* levels, laying down a 24.3 at Chattahoochee Hills. If Boyd has been able to keep all cylinders firing on Tsetserleg in the intervening weeks, he may not need to climb the ranks very far. Going near the end of the division may also give this horse a tiny extra boost that could make the difference on the final day in a placing or two. 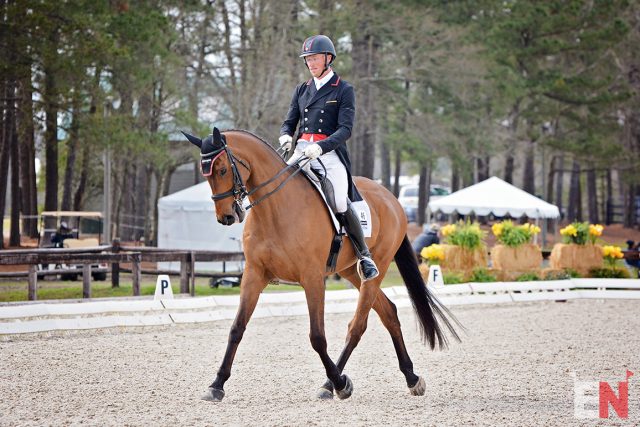 Another horse who should be able to capitalize on the late draw, Vandiver has proven his ability to break the 70% barrier by a percentage point or two, but up through 2019 lacked the consistency to do so regularly. With only two starts in 2020, it’s not completely clear if the consistency is resolved but what is clear is that Doug Payne spent some time this summer doing his homework. Instead of just breaking the 70% barrier, Vandiver has now busted past the 75% barrier twice in two starts, including scoring a personal A/4* best of 23.1 here at this venue en route to winning at Blue Ridge Advanced in mid-September. 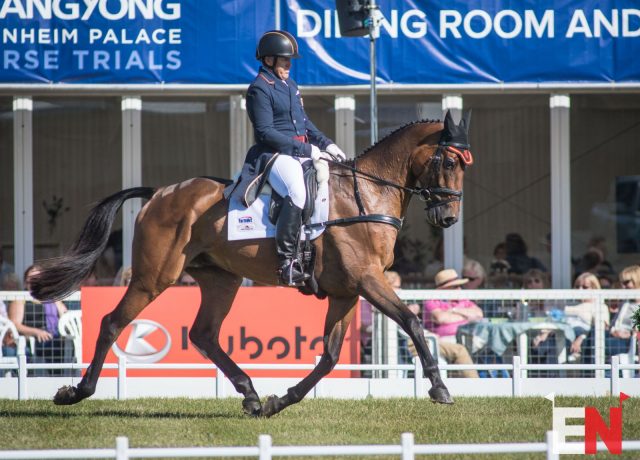 Carlevo has now been quite the dependable campaigner for Buck Davidson thus far but has ultimately been unable to bring home any huge wins for the rider. Part of his strength is his consistency on the flat; he has scored between 25 and 32 in 90% of his career A/4* starts. On two occasions, once earlier this year at Rocking horse, Carlevo has broken the 75% barrier and on his worst day for the level he still laid down a solid 33.0. Despite those numbers though, his 2020 performance has seen his last three consecutive tests fail to break 70%. 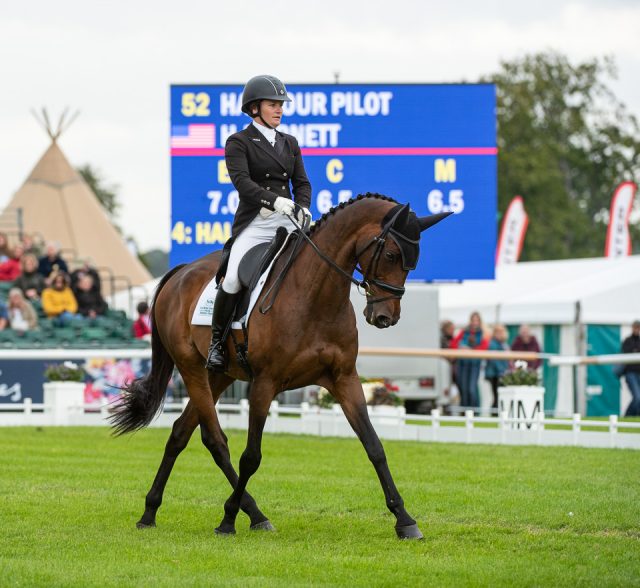 Wrapping us up for the weekend is long-time campaigner Harbour Pilot has been campaigning at the Advanced levels for an astonishing nine years now, a feat that should be commended, and won his first attempt at the 4*-L way back in 2012. As a result, Hannah Sue Burnett doesn’t need to bring him out very often to remind him what his job is. Ultimately, Harbour Pilot ended up only having one A/4*-S start for the year, clocking in a 26.8 at Great Meadow in August. The largest question mark for these two is consistency; Harbour Pilot tends to strike in the 26 to 29 penalty range but around 40% of the time doesn’t quite manage to break that 70% barrier. Having said this, Harbour Pilot is the horse who had a joint lead at Burghley in 2019 after the flat, so a leading score is certainly a possibility.

Dressage Leader: Tamie Smith will have a run at the lead early on with Danito, who is the only horse in the field aside from RF Scandalous to break the 80% barrier in his A/4* career. However, RF Scandalous will hold the line, and we’ll end the day as we started, with Marilyn Little extending her leading dressage streak to nine consecutive A/4* starts.

The Field Above 70%: Yesterday, six pairs were expected to break into the twenties and nine horses managed to his that mark. Based off that, today we’ll see at least another 10-12 horses join the 70% club, while at least two or three pairs will join Marilyn Little and RF Scandalous in breaking 75%.

The Surprise: RF Cool Play and Wizzerd both have the potential to bust out what might seem like an uncharacteristically low score.