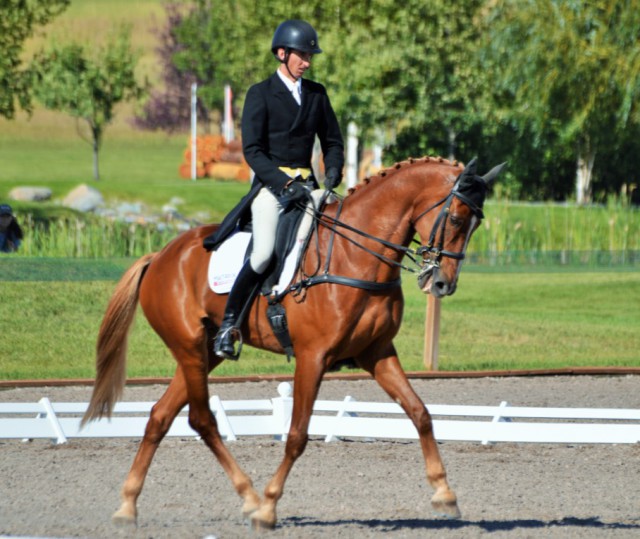 While the eastern side of the country contends with hurricane level weather at Morven Park, the California folks are laughing their tails off to the tune of 75 degrees and sunny. Woodside is hosting the final CIC3* and Advanced of the season out west, and with four weeks to Galway, the field is competitive. The Advanced division is quite small, with only three competitors, and I will not be picking a winner of that division as two of them have not yet completed at this level.

The dressage test for the CIC3* is 2015 FEI 3*-A, which will be the same test used for Galway. The Advanced will unsurprisingly use 2014 USEF A-B. Ian Stark designs the cross country for both divisions, giving the competitors a taste of what Galway might run like. Marc Donovan, our resident jet-setter, is set to design the show jumping.

1. James Alliston and Tivoli: I often pick Tivoli as a winner out on the west coast and the reason for that is simple. This horse is good on the flat, careful in the show jumping, and until Rebecca Farm CCI3*, had never incurred a cross country jump penalty at the 3* level. Look for him to return to his winning ways this weekend.

Tivoli has done this test once, scoring a 49.5 at Galways Downs this past March, almost bang on his overall average. Generally, this horse averages four seconds under optimum time on Ian Stark courses, so look for these two to post a double clear on Saturday. While they haven’t jumped any Marc Donovan courses yet, overall Tivoli averages a double clear with just the possibility of a single time penalty. They should finish in first with a score just over fifty.

Obviously this pair hasn’t done a 3* test yet, but they scored the equivalent of a 52.8 at Aspen. They were also quite swift across the scoring, coming home only one second over optimum time. Although they jumped over all the sticks at Aspen, they did incur 11 time penalties in the show jumping phase, which could be expensive on a Marc Donovan course. This pair should end in second, with a score in the mid sixties. 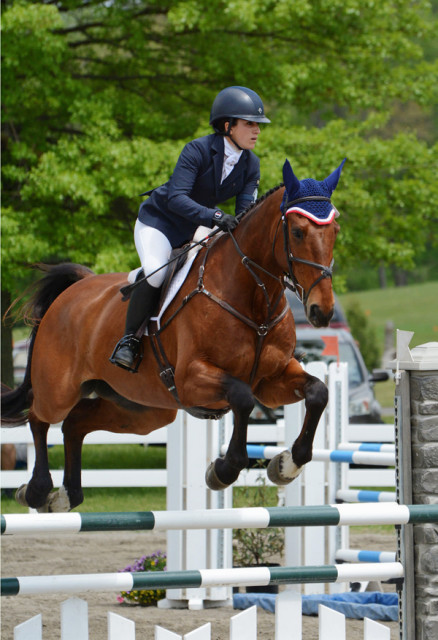 3. Lauren Billys and Castle Larchfield Purdy: Lauren has made huge strides with this gelding in the past year, running the CCI2* at last year’s Galway event, completing their first CCI3* this past spring at Jersey, and then competing at the Pan American Games. Lauren is aimed at the Olympics next year, and this horse will help her gain the points she needs.

Lauren has averaged a 57.6 when performing this test. This pair also has been quite swift across the country, and came home inside the time over Ian Stark’s Galway course earlier this year. Stadium is a bit tougher for Castle Larchfield Purdy, who averages two rails and two time penalties overall. These two should finish third with a score in the mid-to-high sixties.

4. James Alliston and Parker: James and Parker are long-time partners and Parker seems to be getting better with age. One of the fastest horses across the country, Parker has been busy dropping his dressage score this year. Most recently, Parker almost broke into the forties at Rebecca Farm.

Parker’s overall flat average is a 62.9, but he hasn’t done this test yet. This horse also hasn’t had a time penalty across the country since 2013, so don’t look for him to start now. Not quite as careful in the stadium phase as his stablemate, Parker does average one rail and one time penalty overall. James should finish fourth with this horse, breathing down Lauren’s neck. 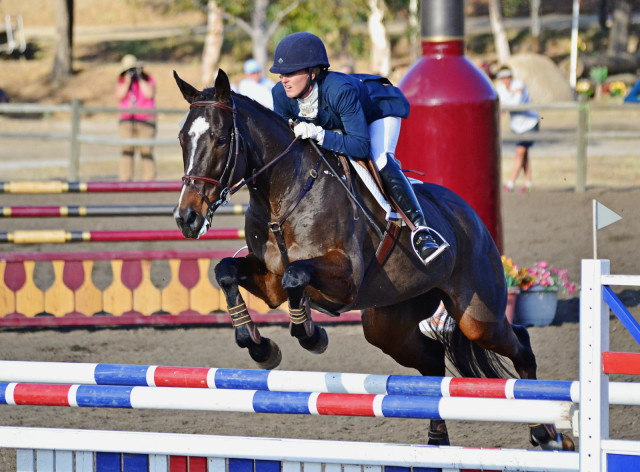 Andrea Baxter and Indy 500: Indy 500 has improved leaps and bounds since the summer of 2014, making strides in all three phases. In fact, this pair has placed first or second in four of their last five events. They have not had a rail in all of 2015, quite an impressive feat. Meanwhile, they’ve also dropped their average dressage score by about eight points from 2014, and gotten faster by about ten seconds across the country when running clear. Historically, they have had trouble with Ian Stark courses, but if they can prove those troubles are behind them, these two could pop up into the top three.