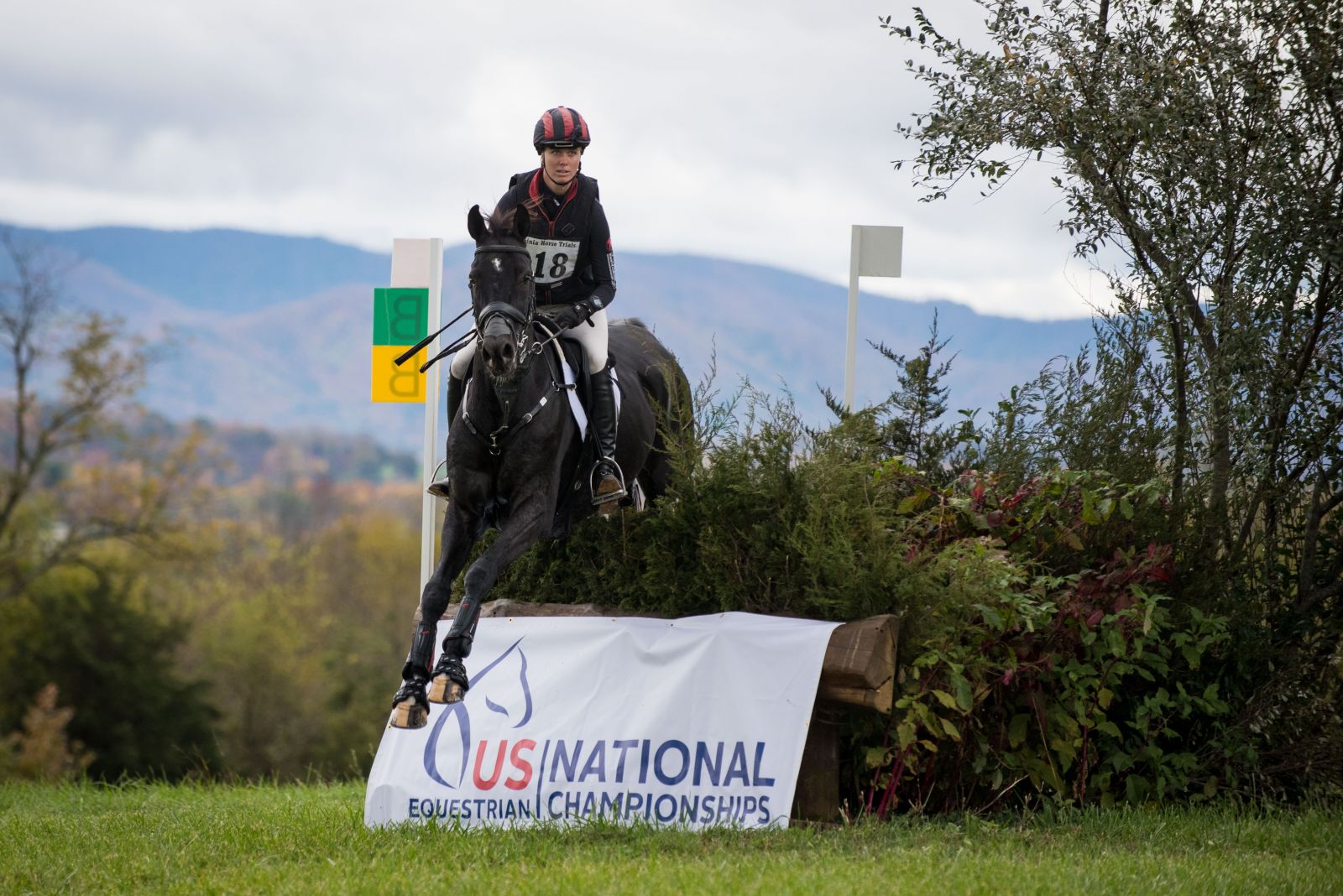 Caroline Martin is hunting her second consecutive win in the CCI2*-L division at the VHT International & Horse Trials. Sitting first and second after cross-country riding Galwaybay Blake and HSH Did It Anyway respectively, Martin is also leading the USEF CCI2*-L Eventing National Championship.

Both geldings are six years old and competing for the first time in a CCI2*-L. In fact, HSH Did It Anyway, previously a show jumper, only just started eventing in the spring. They carry two phase scores of 25.5 and 29.7 to the final phase of competition.

“A CCI2*-L is the hardest thing they can do for their age,” Martin said. “Both went out and were fantastic. My job is to give them a positive run, and just try to further their education. I want to take them to the highest level, so my priority is to give them good runs and ride them confidently with their futures in mind.”

Martin admits to not having the ideal prep for her young horses having been on the road at other events, including the FEI Eventing World Breeding Championships for Young Horses in France, in the weeks prior to VHT. 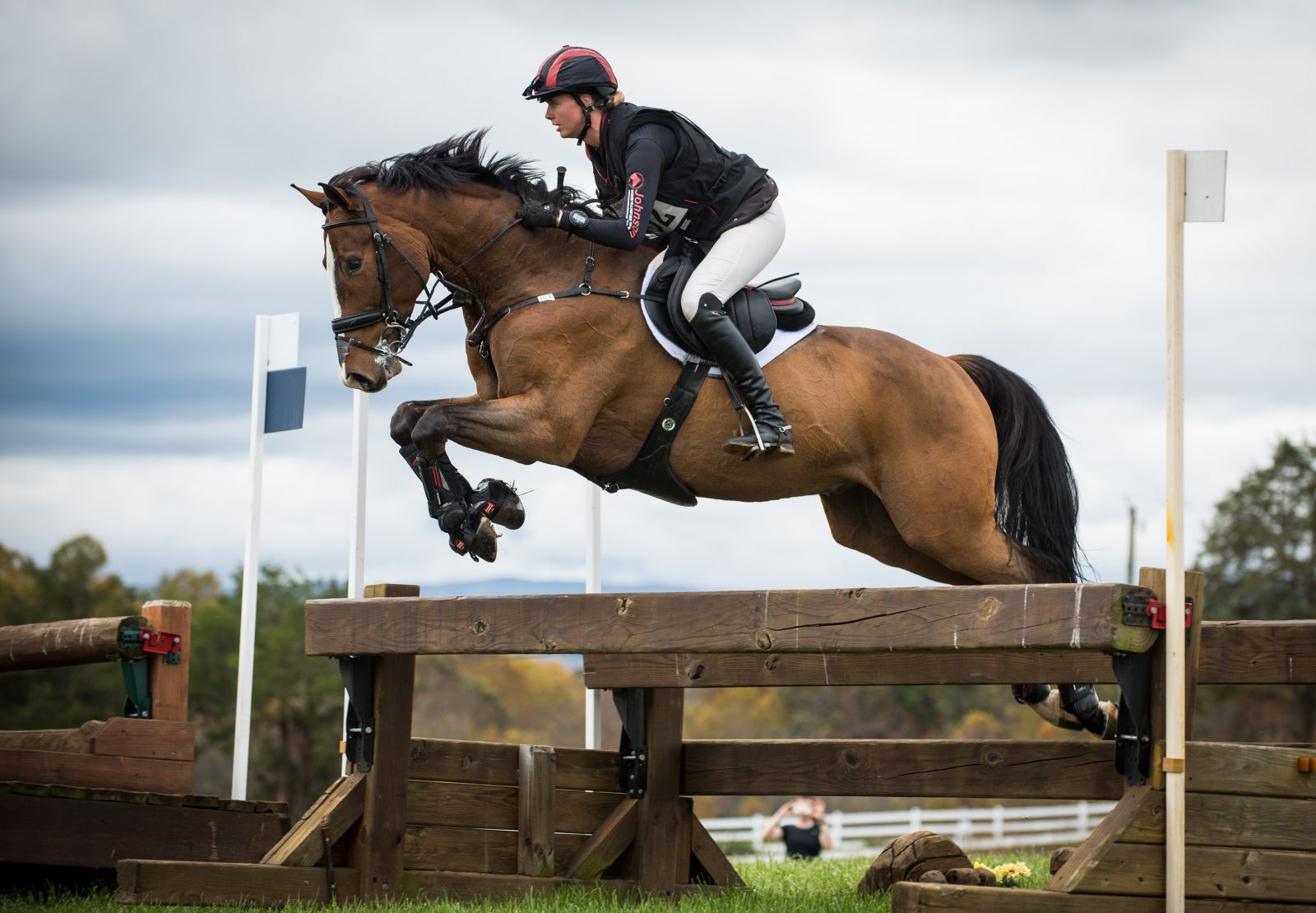 Caroline Martin and HSH Did It Anyway. Photo by Leslie Threlkeld.

“I want to give a huge shout out to my team – my groom Hannah Koehler and my business partner and best friend, Casey McKissock. They kept the horses ticking for me when I was gone the past three weeks. I am lucky to show up and just get on the horses,” Martin said.

“Andy Bowles did a good job designing the courses. This is a great stepping stone for horses. The terrain is phenomenal,” Martin said. “I like bringing young ones because you can put a good baseline of fitness on them with the hill and the brush. It’s a fair course but extremely educational for this young bunch.”

With show jumping as the final day, Martin expects it to be a unique challenge for their first long format competition. “They’re good jumpers, but their bodies have never had to run that kind of cross-country course. It’s different jumping the last day on six year olds than horses that are used to this.” 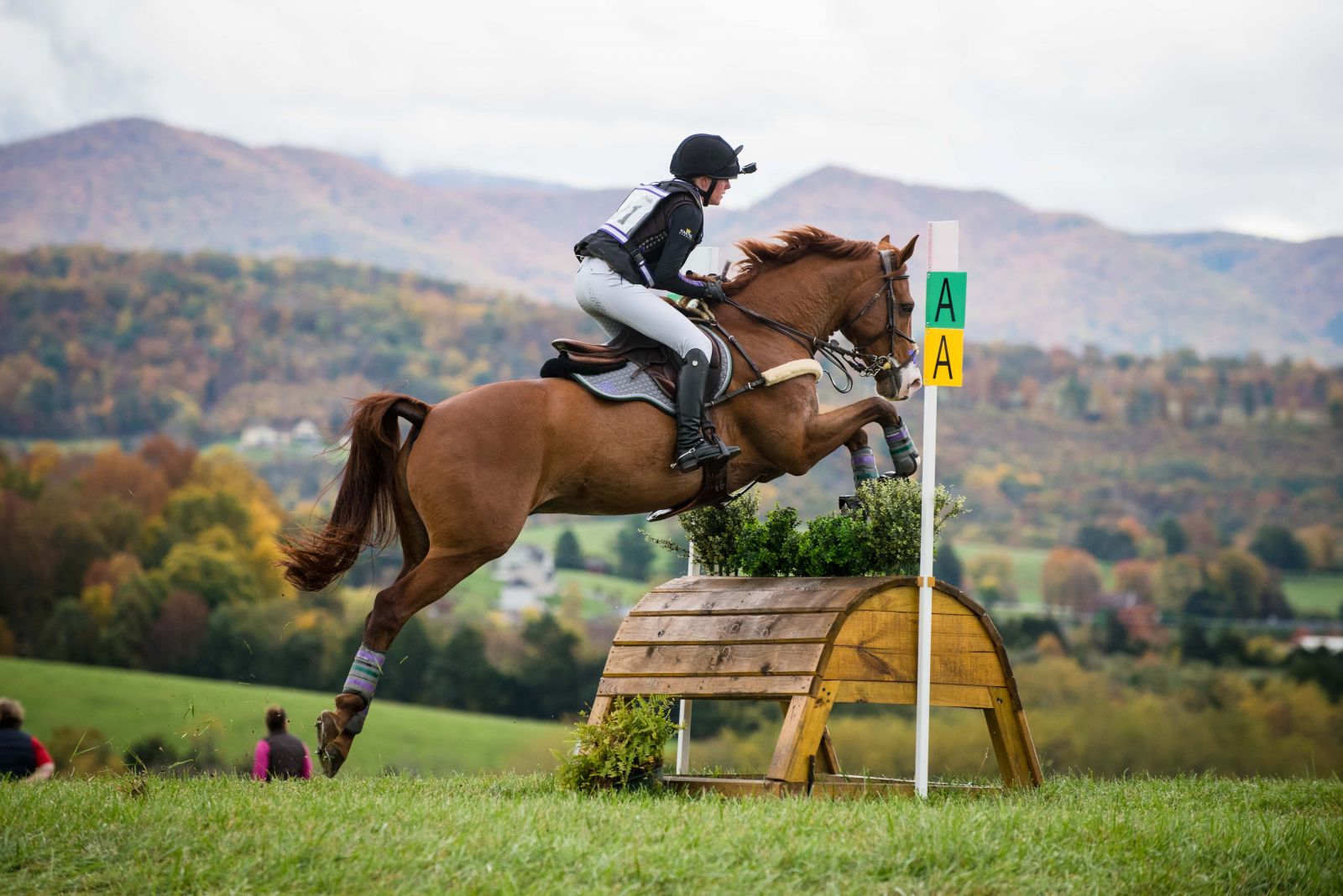 The highest placed Jr/YR in the CCI2*-L Championship is Megan Loughnane and Flamenco Ping, who took over the position from Alexis Poe and Tell ‘M Nothin after crossing the finish line one second faster than her competitor.

Ariel Grald maintained her lead in the CCI3*-L riding Diara and moved Isla de Coco up to second with a double-clear cross-country round. Grald also won the CCI3*-S, leading from start to finish with Forrest Gump 124. 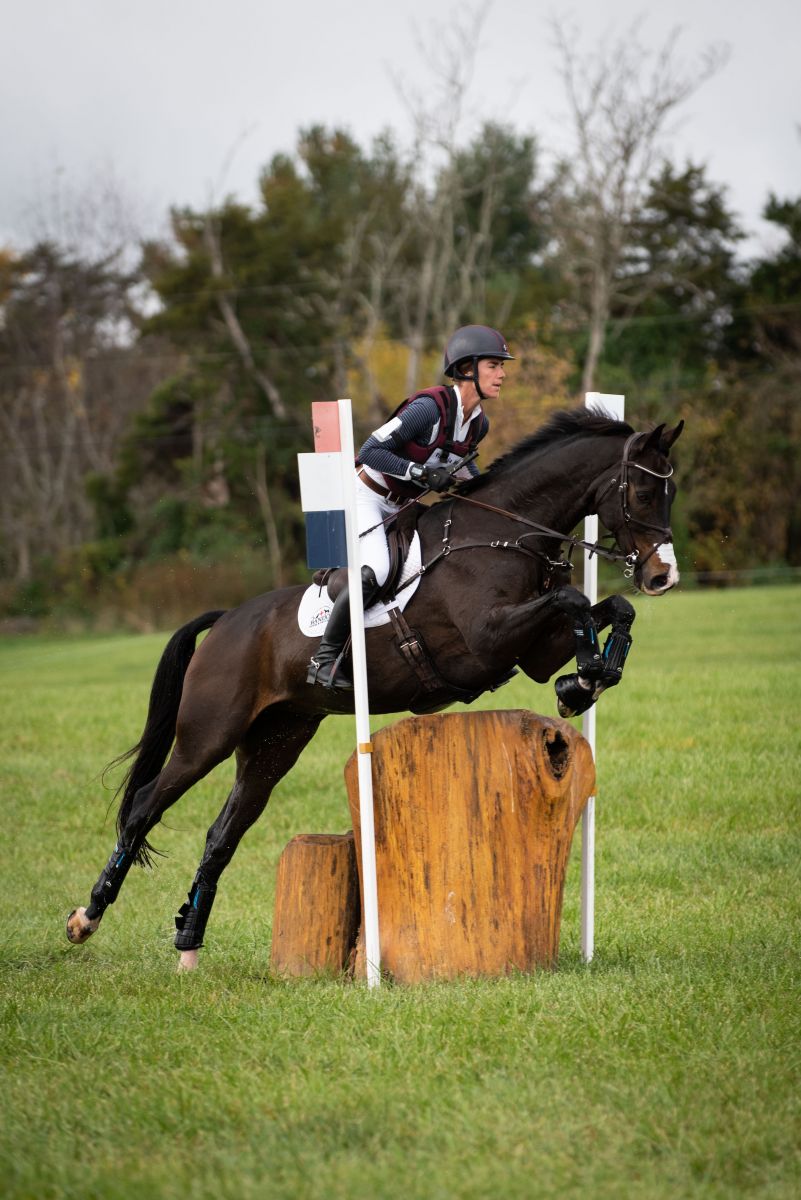 Grald partnered with Annie Eldridge’s Forrest Gump just this summer and they are working to get to know one another. They are off to a good start, winning on a score of 28.3, having added just 3.2 time penalties on cross-country. 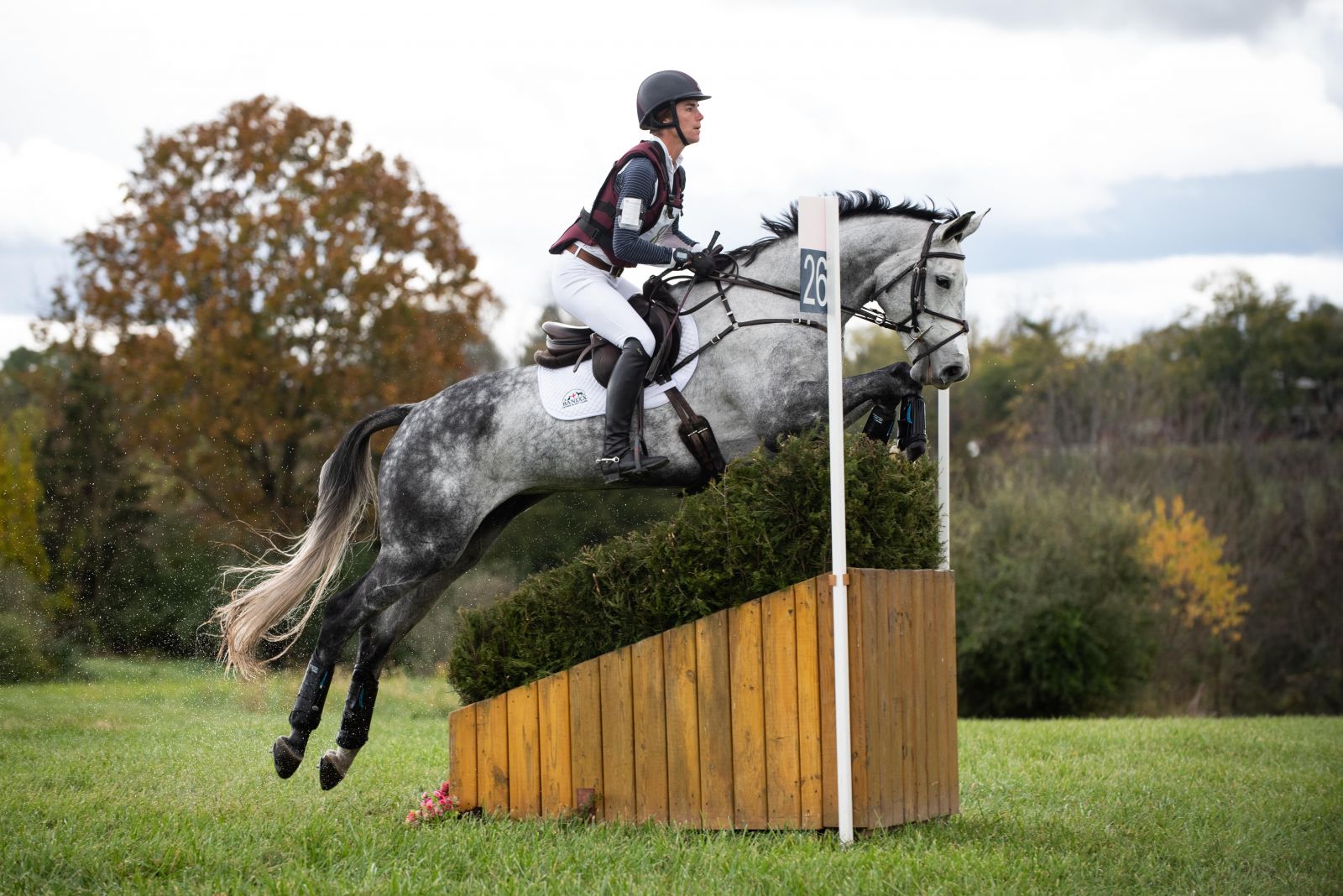 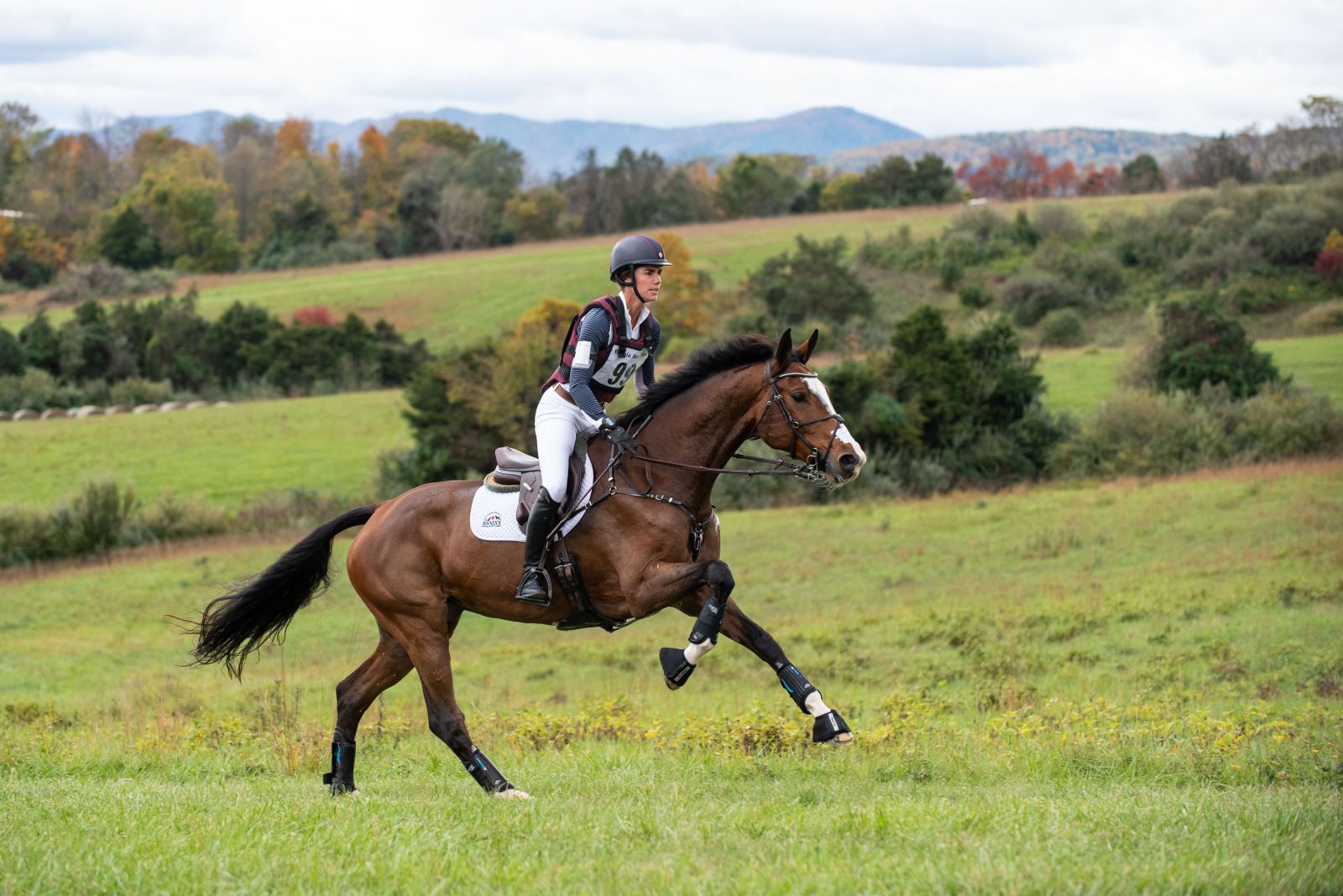 “I wanted to give my horse a good fitness run and go quick but I also wasn’t trying to fly. I probably could have gone faster but just trying to build a partnership and don’t need to run him off his feet,” Grald said. “He’s a really sweet, genuine horse, and very honest. I’m just trying to be a good pilot. He’ll be doing the CCI3*-L at Tryon so I brought him to do a good fitness run and get to know his gallop a bit more.”

With one phase remaining in the CCI3*-L, Grald holds the top two positions. It is the first attempt at the level for Diara and Isla de Coco, both seven year olds owned by Annie Eldridge.

“This is the first time they’ve really had to be good and fit. That hill [on cross-country] is very good for them,” Grald said. “Of the two, Diara is the faster, more racecar type horse. She zoomed right up the hill. The other mare pleasantly surprised me. She has done the same fitness routine working up to this. I thought the hill would take more out of Coco but she stormed up and kept running. Both will have learned a lot.”

Both mares finished the course fault-free and crossed the finish with the same elapsed time. 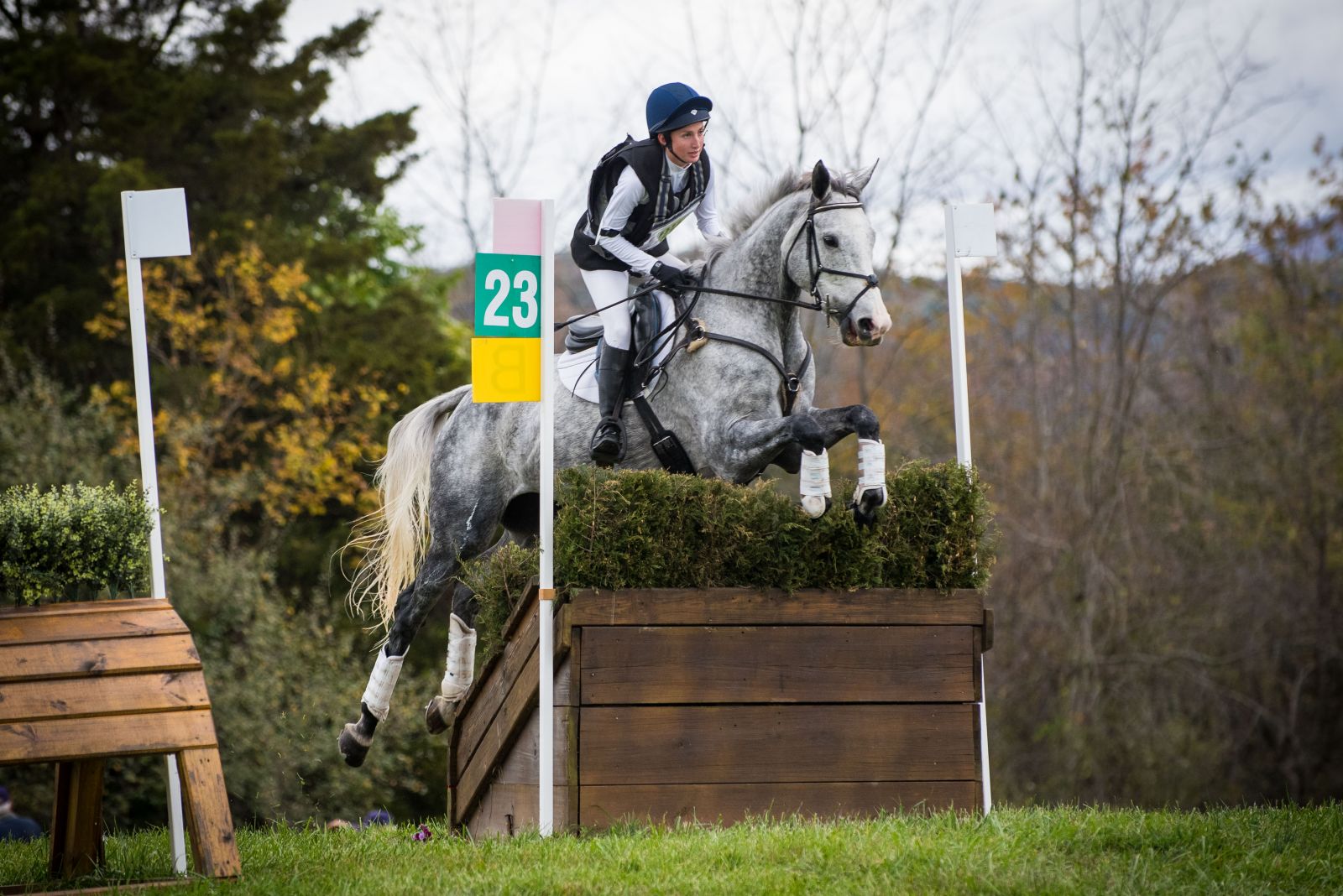 The scores are tight at the top in the CCI3*-L, but Grald says she is sitting on good jumpers. “It will be an interesting education for both mares and me as a pilot. We rarely get to jump on the third day anymore. It will be a different feeling. I’m sure they’ll be a bit tired.”