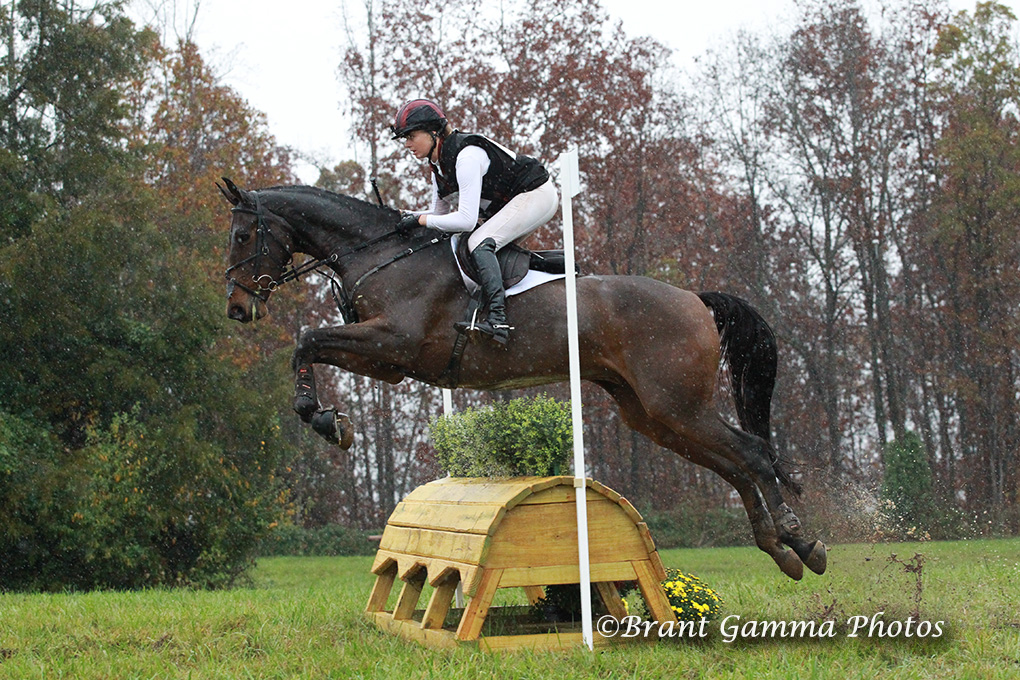 Martin and Redfield King (Connect x Cha Cha Cha Special) took the lead in the 5-year-old championship after yesterday’s dressage and conformation phases. During today’s jumping phase, they secured victory earning a perfect score in both the cross-country section and the general impression. The pair earned a final winning score of 93.52.

“It’s actually really special,” Martin said of the gelding owned by the HX Redfield King Especiale Group. “I work with Emil Spadone and Paul Hendrix and last year I flew to Holland to visit Paul. He bred King and when he knew I was coming he said, ‘Caroline I have the perfect horse.’ I was like ‘we will see,’ and I get there and he throws me right up on him and he was 100% right. He is so special.”

Standing at nearly 18 hands, “King” is impressive in every way, but Martin calls him a gentle giant. “He’s just massive, but so easy to deal with,” she said. “He is so brave and such a great jumper. The gallop is unreal and the flatwork is, too.” 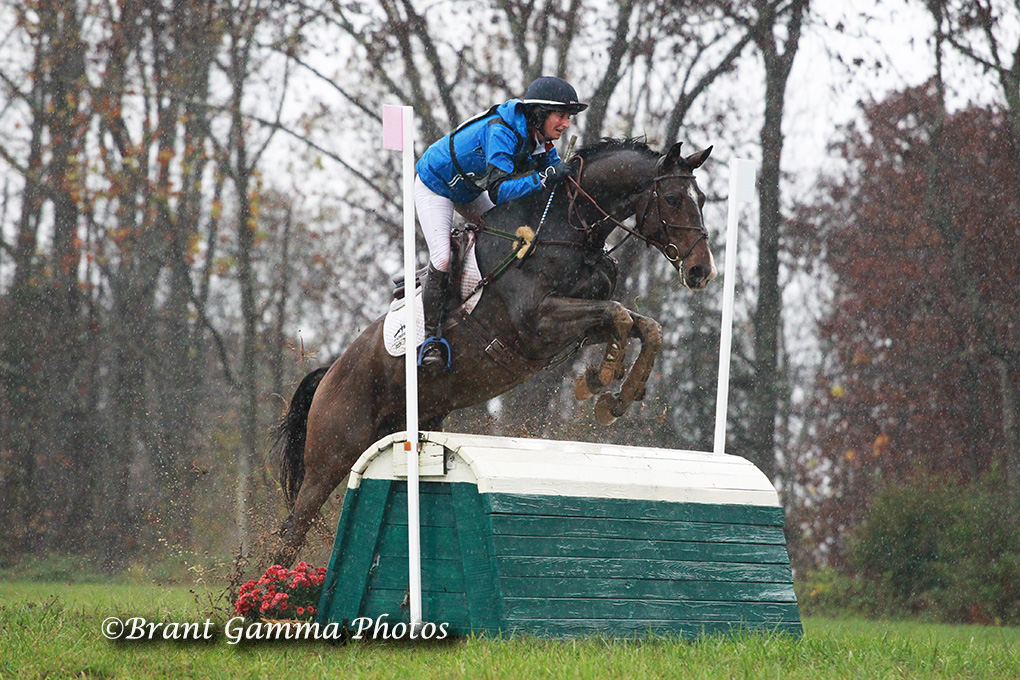 “Phillip [Dutton] and I both competed his mother, a Dutch mare called Ularinka, and she went up through the CCI3*-S level. She was a favorite at Phillip’s barn and I rode her when I worked for him,” Brannigan said. “She passed away this year, so it makes it extra special. He is the second one I have had out of her – the other one was lovely as well… His barn name is Herbie and he is very well-loved.”

Kismet scored a 29.1 out of 30 in the cross-country phase and earned a 9.6 out of 10 for general impression. “He is just a really good, steady boy. He wouldn’t have the biggest trot, but he has a really good canter and he has a good mouth and he’s just very, very steady and reliable, which is awesome,” Brannigan said. “I was thrilled with how he performed. He just goes in and handles the atmosphere. This is his first away show and he was pretty happy to be out there doing it all.”

With persistent rain falling throughout the morning, the VHT staff worked tirelessly on the footing. Jumps were moved over to better ground and stone added to the takeoffs and landings. Despite their best efforts to combat the weather-related ground issues, competition was suspended halfway through the division. The USEA decided to pin the class using the scores of the competitors who had completed the jumping phase already. At this time, the weather-dependent plan is to run the remainder of the YEH 5-year-old championship on Sunday and pin that class separately so that all entrants are eligible for associated grants. 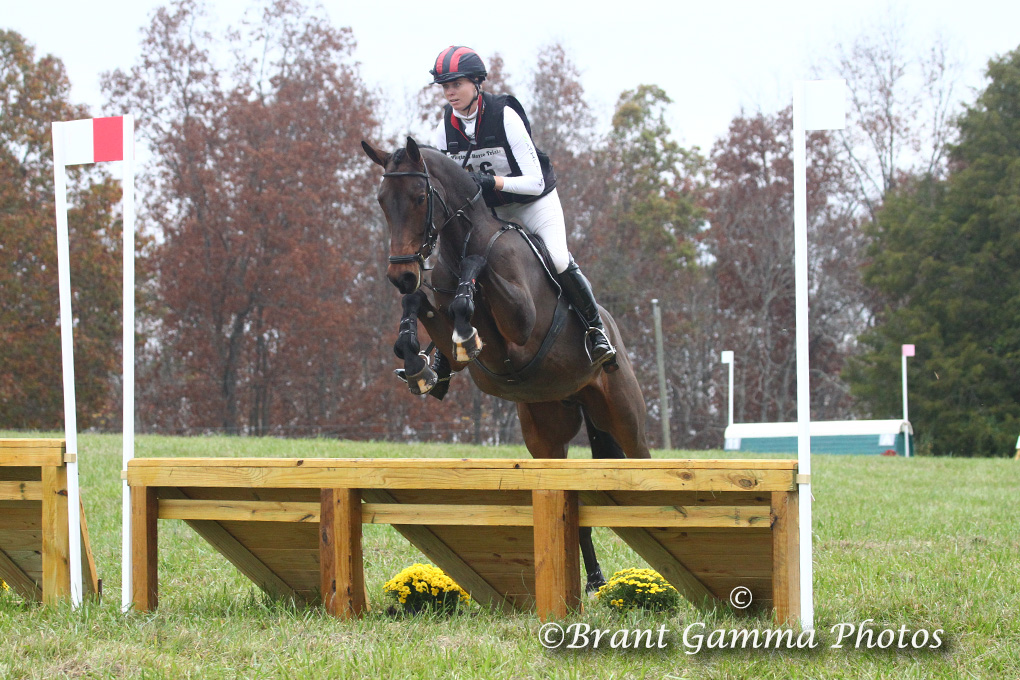 On Wednesday, Martin piloted Redfield Farm’s Redfield HSH Connor to a win in the 4-Year-Old Championship. He earned the highest scores in both the dressage (17.32) and cross-country (28.5) portions of the division, which helped them to a final winning score of 89.37.

“Connor” is an Irish Sport Horse by Touchstone and was sourced for Martin by her good friend and agent Kelly Hutchison. “He’s just a lovely creature. I couldn’t be happier with him,” Martin said.

“He’s a bit quirky on the ground. You can’t tie him – you have to hold him when you tack him up. In the awards ceremony I tried to get on from the ground and he spun me off… he’s one of those, you know? But I always find that the good ones are a little bit quirky like that.”

Martin mused that she thought her other 4-year-old, Redfield Haras, had a good chance of winning the championship. He ultimately finished fifth. “It’s interesting at this [championship] to see which horses ‘peak.’ Last week, all of a sudden, [Conner] became super workmanlike, not spooky, very brave to the jumps. I honestly think he had a really good day.” 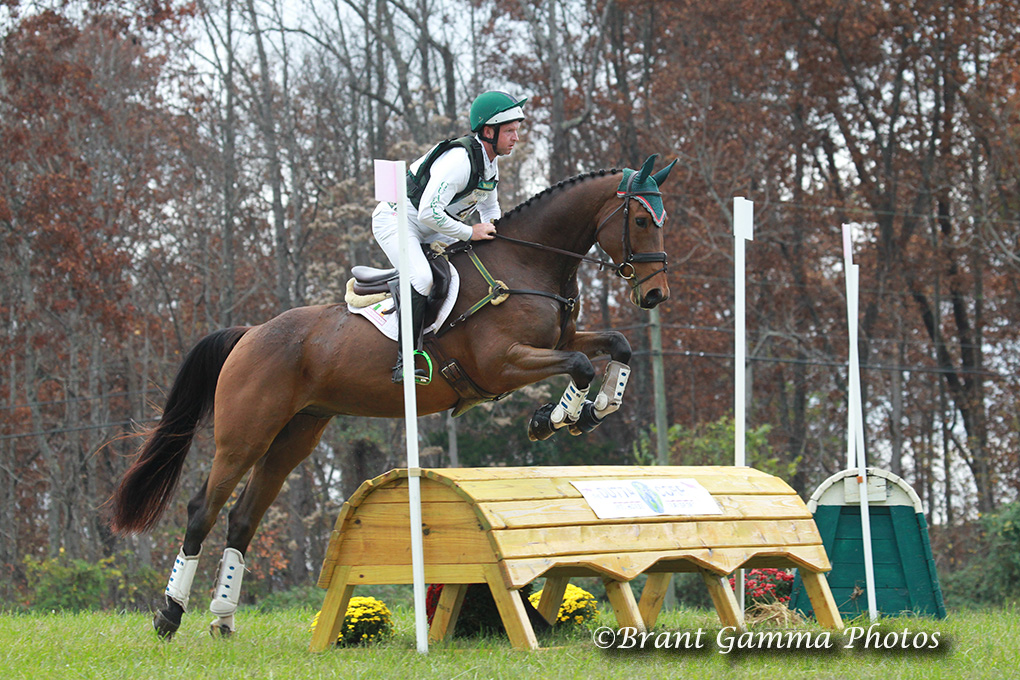 Reserve Champion for the 4-year-olds went to Quality Collusion (OBOS Quality x KEC Sassari) ridden by Tim Bourke. They had a final score of 87.92 and won the Stillwater Farm Award presented to the 4-year-old on each coast with the best gallop score. This trophy is awarded in memory of Donald Trotter.

Quality Collusion was bred by the Kennedys, who own his sire OBOS Quality. He is out of a dam called KEC Sassari. Bourke’s description of the gelding makes him sound like the most well-behaved 4-year-old you’ll find.

“One of the girls in the barn, Lisa Takada, took him to a qualifier because I was away at a clinic. He’s just that type – anyone can ride him. He’s so simple and so good. This was the fifth time he’s been in a trailer since he got here,” Bourke said of the Irish Sport Horse gelding.

“I’d love to keep him and I have some really good owners that may want to step in and own part of him with me. You usually end up selling the best ones and keeping the hard ones, and he’s probably one of the easiest ones I’ve ever ridden.”