It’s been a little while since we last heard from Stephen Bradley, but he’s back again with a short blog to catch us up on the goings-on.  Thanks to Stephen for writing, and thank you for reading. 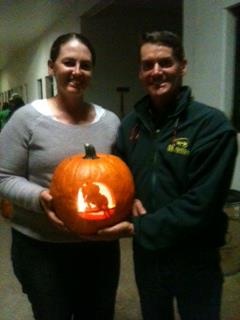 Wow!  I can’t believe how the time has flown by this summer!  It’s already October and I figured it was about time to catch everyone up on what we’ve been doing at the barn.

The horses are doing great, although some of them have fallen victim to the hard ground that summers in Virginia bring.  The Nicholsons’ Leyland has had most of the summer off, recovering from the world’s worst abscess (or so he thinks it is!).  Helen Brettel’s Marble Arch (“Archie”) has been progressing rapidly in his training and we’re all very excited about his future.  He’ll contest his first Intermediate this fall and aim for a 2* in the spring.  Charlotte Harris’ Bedazzled (“Boomer”) keeps trucking along and shows up to work every day.  You can’t ask for much more than that!

James Daniel’s new mare Miss Fantastic is living up to her name and, although she sometimes thinks that dressage is just a little too exciting, she is proving to be a great partner for James Daniel, and it will be fun to watch them move up the levels.  Valerie and Matthew had great seasons at Training level that ended with them going to the AECs in September.  Matthew finished a respectable 35th, and Valerie two places ahead in 33rd. I was very proud of them both for making the long journey on their own and doing so well!

Outside of the event horses, my former Advanced horse, Charlotte Harris’ In The Fog (“Simon”) has happily transitioned to life as a hunter under the watchful eye of Peter Foley.  As I’ve mentioned before, Simon particularly enjoys all the eating that’s involved with being a hunter!  In between all the eating, he has been showing a bunch and doing incredibly well.  The most exciting thing is that he has qualified for the Washington International Horse Show and will compete there in the Washington Adult Hunter Finals.  Go Simon! 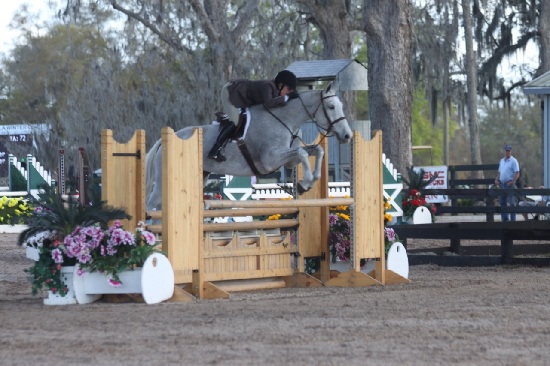 I’m also including a few photos from our recent pumpkin carving party.  We all had a rare weekend off from competing, so we decided to get into the Halloween spirit a little early.  As you can see, some of us are more creative than others, but we all had fun!