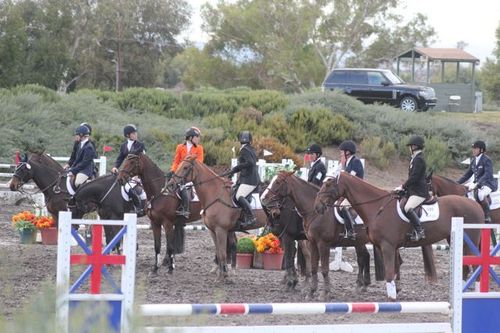 Although the rain had become somewhat intermittent by the time the CCI*** jumped, and the horses and riders as partnerships are more experienced, there was still a marked improvement in the jumping from the CCI* earlier in the day.  Out of the 23 that jumped, 6 combinations had one or two down and I think we all felt for Nate Chambers when Rolling Stone booted out seven rails, plummeting down the order from 2nd to 16th.  8th placed Kadi Eykamp was the winner of the SSG Gloves cash prize, a very nice little bonus to add to her prize money, and you can see all the scores here. 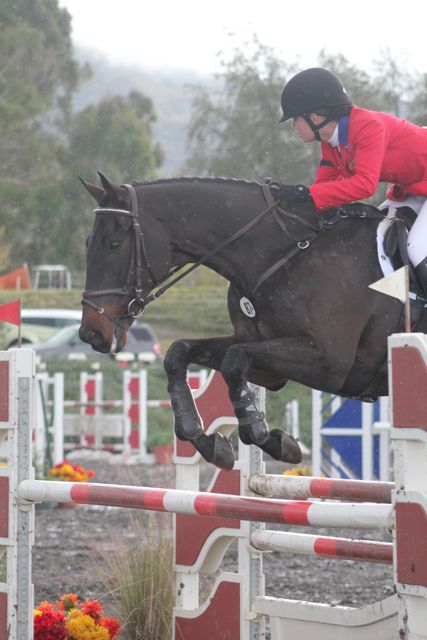 Nina Ligon rode two class rounds, both clear, above on Butts Leon who finished 17th, and below on Jazz King who finished 10th. I was impressed by her riding all weekend in all three phases. 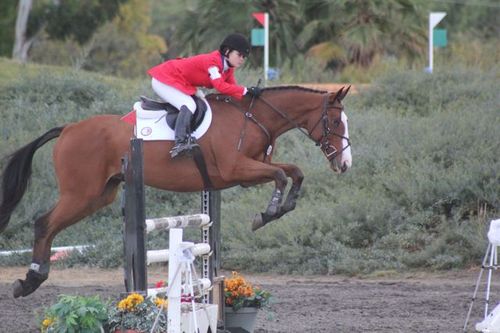 I had a chance to catch up with Nina’s trainer, Kim Seversen, and hope to bring that to you as soon as possible too. Kim filled me in on her young horses at home, and said that although watching Nina ride cross country this weekend naturally made her wish she was doing it herself, she also added that she only wished she were doing it on the right horse and is biding her time! 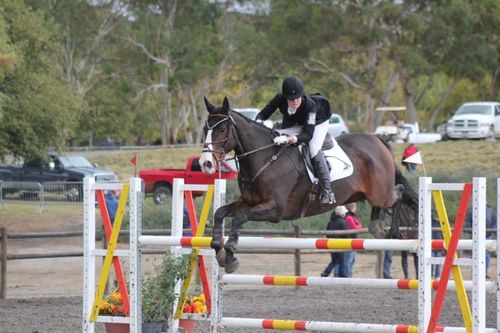 Jordan Lindstedt and Tullibards Hawkwind, one down and a 21st place finish 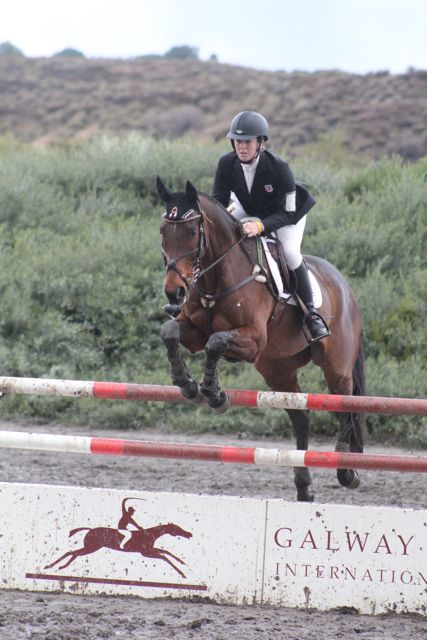 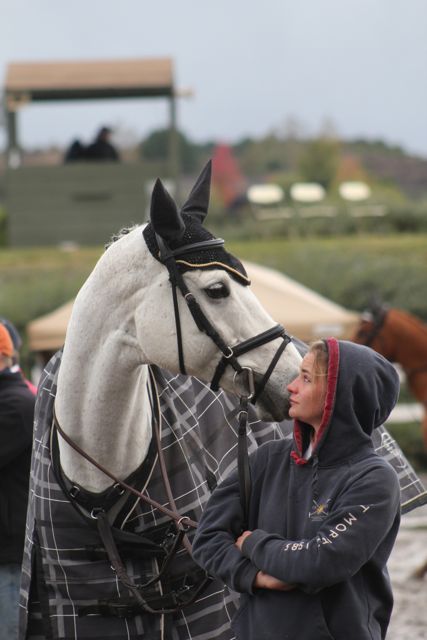 Titanium waits his turn; he had one down to finish 11th, two places behind stablemate Ballynoe Castle RM who jumped clear to complete inside the top 10 with 9th place. 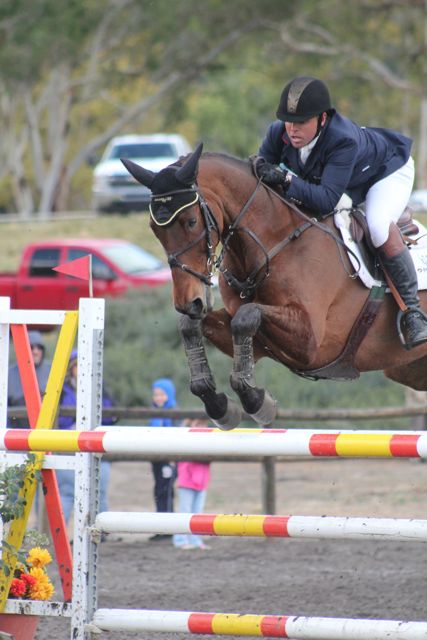 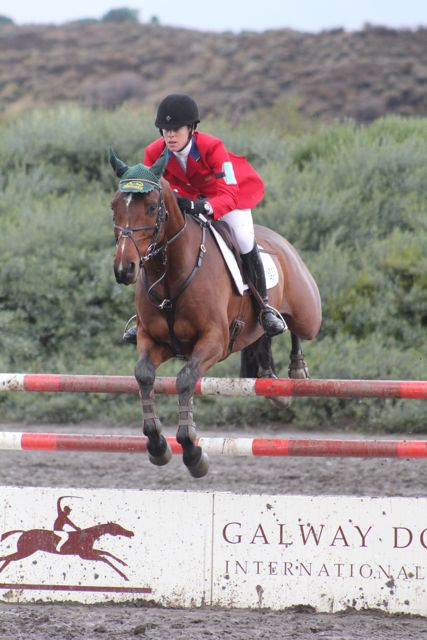 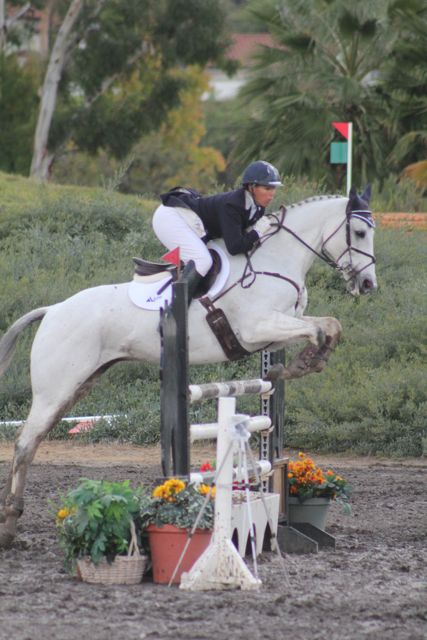 I really liked Heather Morris’ eye-catching grey First Mark when I saw him out on cross country yesterday, and still like him today. Clear round, 18th, and I had a few words with Heather before the show-jumping began.
I look forward to seeing Heather at Rolex next spring, hopefully with both horses, that’s quite a double act! 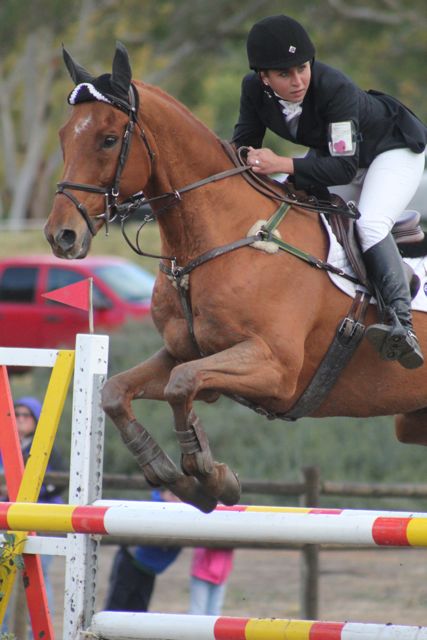 It was such a pleasure to meet Olivia Loicono this weekend, and she and Lisa Barry were both friendly, sweet and yet competitive, professional and hard-working all weekend long. Subway jumped a lovely clear round to add to yesterday’s clean jumping round, and I look forward to hearing all about the next installment of Olivia’s adventures once she gets to England. 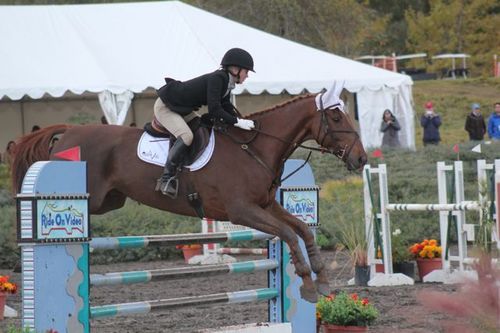 Katie Ruppel and Sir Donovan, one down, 12th. 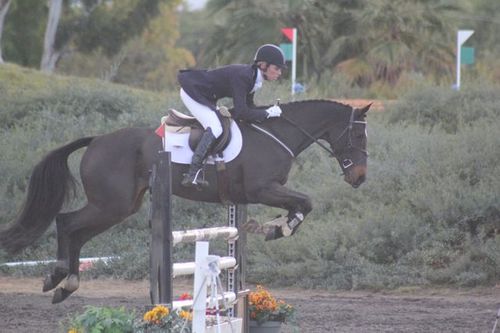 Kristin Schmolze and Cavaldi jumped, in my mind, the quality round of the division, practically flawless, they finished 6th. 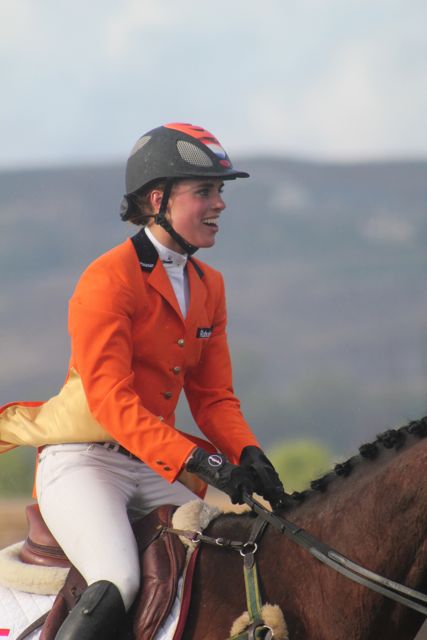 Merel Blom was thrilled with Rumour Has It after his clear round, and eventual 5th place finish.  I saw her on saturday evening hacking him around, and he looked fresh as a daisy this afternoon. Later on I bumped into her again, this time hacking Umberto who’s Galway campaign ended early at Fence 5 on the cross country. We chatted a bit, and the more I get to know Merel, the more I like her, and I think you’ll agree, as soon as I can upload the video! 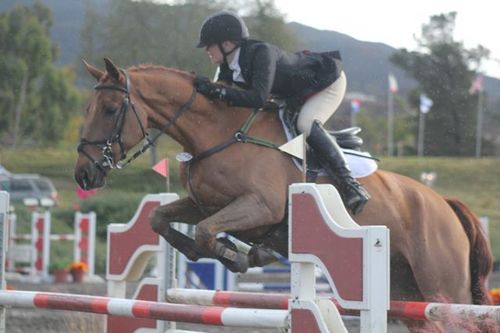 Hopefully Lisa Marie Ferguson will think a 4th place finish, after a clear round in the stadium, justifies the epic journey she made to Galway. I can’t imagine now having to turn round and drive all the way home – Lily lies on the floor of San Diego airport at my feet, completely shattered and if I didn’t still have so much good stuff to share, I think I’d be joining her! 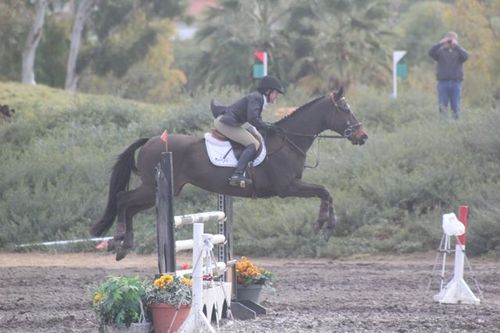 Barbara Crabo and Eveready escaped a long one at the first part of the double in the middle of the course, and only just made the back rails on both of them, but as Barbara said about her game little partner, “he wants it just as much as I do!” 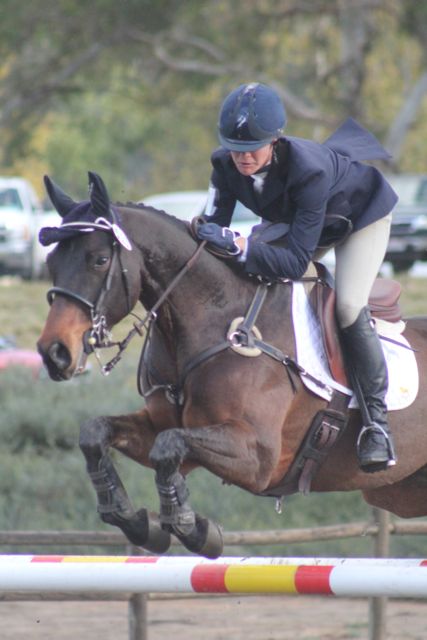 Jolie Wentworth’s horse GoodKnight is another that was so impressive on the cross country course on saturday, and equally so in the show-jumping the next day. I’ll have more from Jolie at the press conference coming soon. 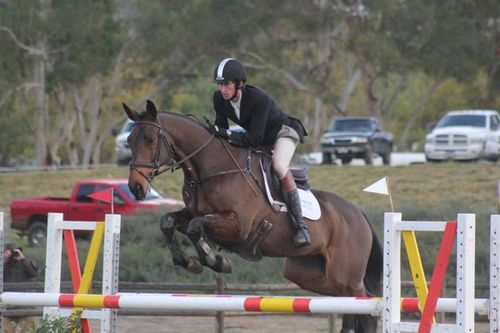 How can we possibly sum up what James achieved this weekend? He rode all four horses, in three separate divisons, to two firsts, a second and a seventh place. Although he later admitted to being nervous before jumping Jake in the final phase, he never betrayed a sign of it at any time.  An extremely popular winner this weekend with everyone, I feel very lucky that I had the privilege to be at Galway to witness it. I also enjoyed the company of his parents immensely, and especially owe his mother Petey a huge debt of thanks for practically adopting Lily during most days; she had much more fun “helping” Team Alliston than she would have done shadowing me; in fact she’s told me pretty unequivocally that she is NEVER going to be an EN correspondent when she grows up! Ah, our children, that they may grow up to be like James Alliston! I talked to his dad, John, about how proud he must feel.
Thank you to the entire Alliston team, to everyone who helped run Galway Downs so efficiently, and yet still in an inimitable laid-back California style despite the UN-California weather. Thank you to the volunteers especially, and the competitors who let me stalk them and bug them! Thank you most of all for reading, for commenting and for such a wonderful opportunity. Go Galway Eventing!
The Top 3 Show-Jumping rounds, with thanks to Lily Clark
0 0 votes
Article Rating
Subscribe
Login
Please login to comment
0 Comments
Inline Feedbacks
View all comments
More Insanity on Horse Nation >>