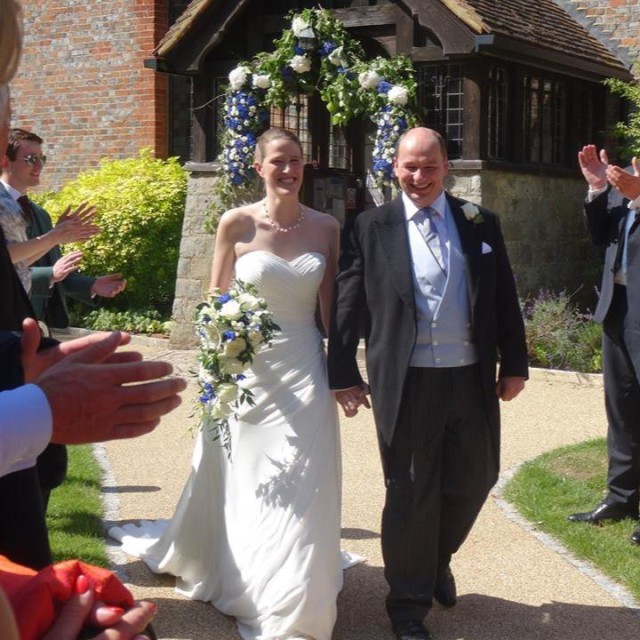 Well that might be a slight exaggeration, but Chinch did play a role in the big day for FEI TV commentator John Kyle and Horse & Hound eventing editor Pippa Roome, who were married this past weekend in Pirbright, England.

Though John was slightly alarmed by Chinch’s stunning good looks when they met at Badminton, they quickly became good friends. So when John and Pippa discovered it wasn’t possible to order the custom M&M’s in the UK they wanted for wedding favors, they quickly turned to their favorite chinchilla, who resides in the U.S.

So the M&M’s — which were stamped with a picture of John and Pippa, pretty cool, right? — were purchased here in the States and delivered to Chinch’s house. He then transported them across the pond and hand delivered them at Luhmühlen, where John provided commentary for FEI TV. 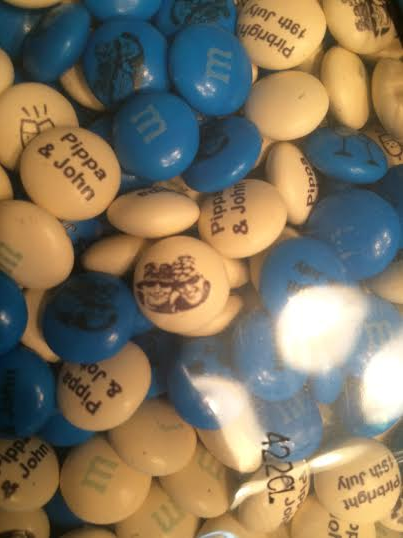 Chinch inspected each M&M and insists he did not eat any.

There you have it, EN. Without Chinch, John and Pippa’s wedding guests would have been deprived of delicious M&M’s. We were honored to be a part of the big day, and John said he gave Chinch a shout out in his speech at the reception. Chinch is blushing.

The wedding featured plenty of eventing-themed touches: Pippa’s retired event horse was a guest of honor, all the tables were named after major three-day events around the world, and the place cards were customized rosettes with each guest’s name.

Many congrats to John and Pippa on tying the knot! You can see some photos Chinch stole from their Facebook pages in the gallery below. And Chinch wants to know why we don’t wear cool hats like that to weddings in the States. Please advise.

Congrats to @JohnKyleSpeaks and @PippaRoome on tying the knot. Anytime you need M&M’s smuggled across the pond, you know who to call. 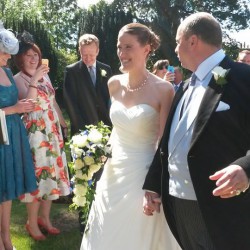 Why don’t we wear cool hats like this at American weddings? 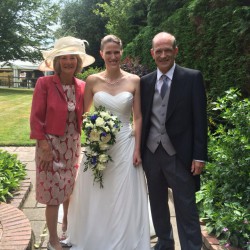 Pippa with her mum and dad. 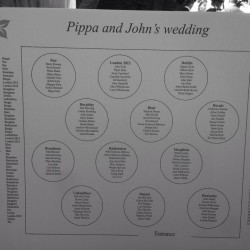 The tables were all named after big events! 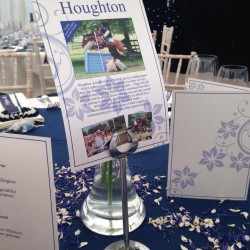 Eventing flavor at the wedding. 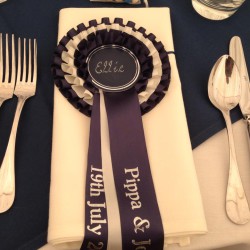 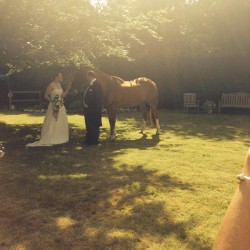 Pippa’s retired eventer was a guest of honor.