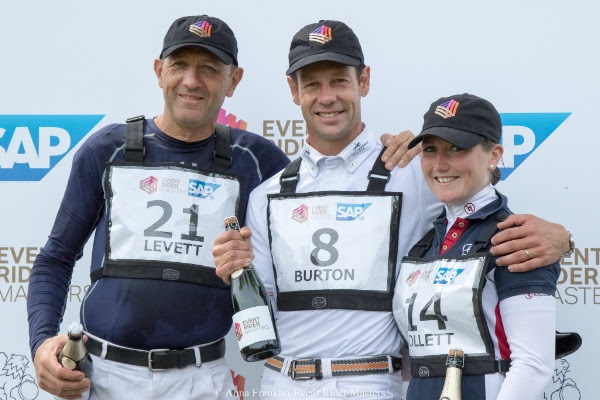 The jumping phases seriously switched up the final leaderboard in the Event Rider Masters Series CIC3* at  Concours Complet D’Arville in Belgium. Three of the top four after yesterday’s dressage phase ultimately retired after refusals on a very technical, influential cross country. Australia’s Chris Burton and Trisha Rickards’ Polystar I, however, rose to the challenge and, as the only pair in the field to finish on their dressage score, won the class on 23.6.

The live stream commentators weren’t sure if Chris knew leaving the start box that he had nearly ten points in hand, but they went out like a shot and were one of only two pairs to make the time, the other being sixth place finishers Sarah Cohen and Treason.

Chris said of the 13-year-old Westfalen (Polytraum X Waldbeere, Waldstar): “I’m thrilled. He gave me such a lovely ride in all three phases. He’s a fast horse and he loves galloping so I figured there was no point in two of us pulling!” 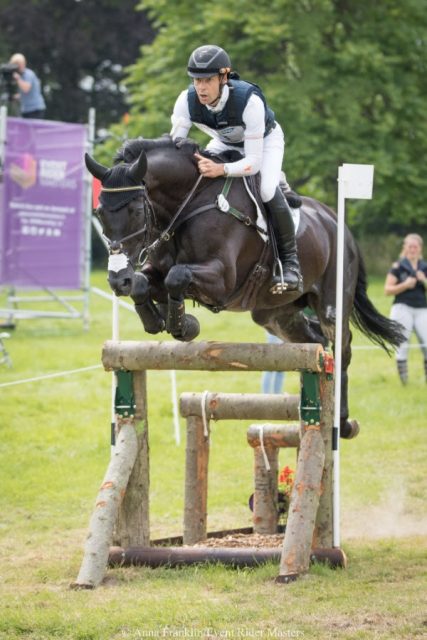 Laura Collett of Great Britain piloted the 9-year-old German gelding she owns with Keith Scott and Karen Bartlett, London 52 (Landos X Vernante, Quinar), to an immaculate clear in the show jumping this morning followed by a clear round just three seconds over the optimum time on cross country to finish second on 32.2.

“I’m a bit shocked to be honest. The horse is incredible and I’m very lucky to have some seriously exciting young horses in my stable,” Laura said, and expects they’ll now make the trip to the ERM Leg 5 at Jardy. 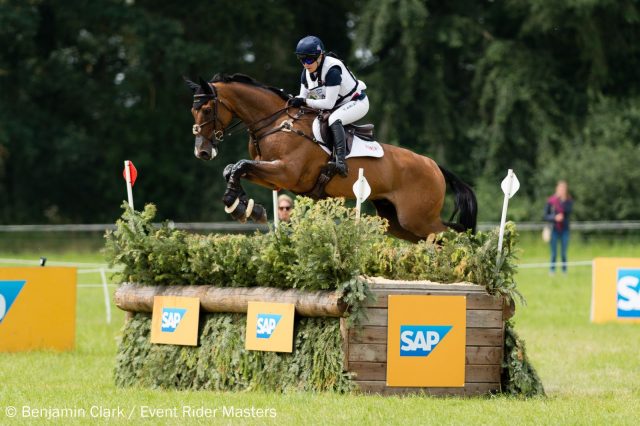 In his 13th ERM appearance, Australia’s Bill Levett was absolutely delighted to finally find himself standing on the final podium for the very first time. He and his longtime partner Shannondale Titan, a 15-year-old Irish Sport Horse (Limmerick X Rocklea, Leabeg) he owns along with the Prentice family, finished in third on the same score as Laura, who won the tie for being closest to the optimum time.

“I’m really pleased with the horse. He gave me everything out there today,” Bill said. 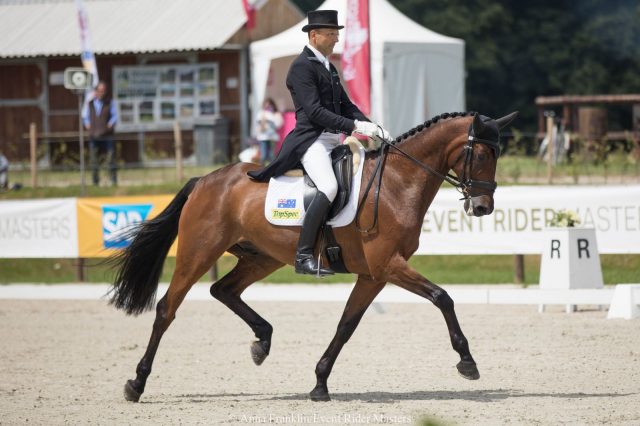 The top three at Arville are also the top three in the Series after three legs. Laura leads with 52 points, Chris is second with 49 points and Bill sits on 44 points. We’re halfway through the 2018 Series with plenty more fences left to jump. The next ERM event will be at Barbury Castle July 7-8.

Remember you can watch all the ERM action LIVE and for FREE as well as replays of every phase on www.eventridermasters.tv. Go Eventing. 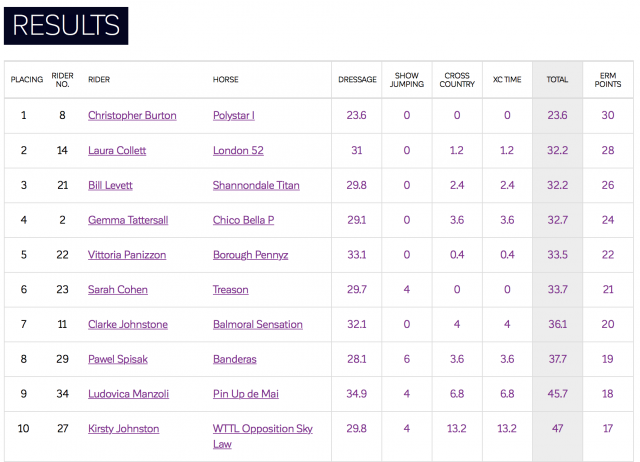