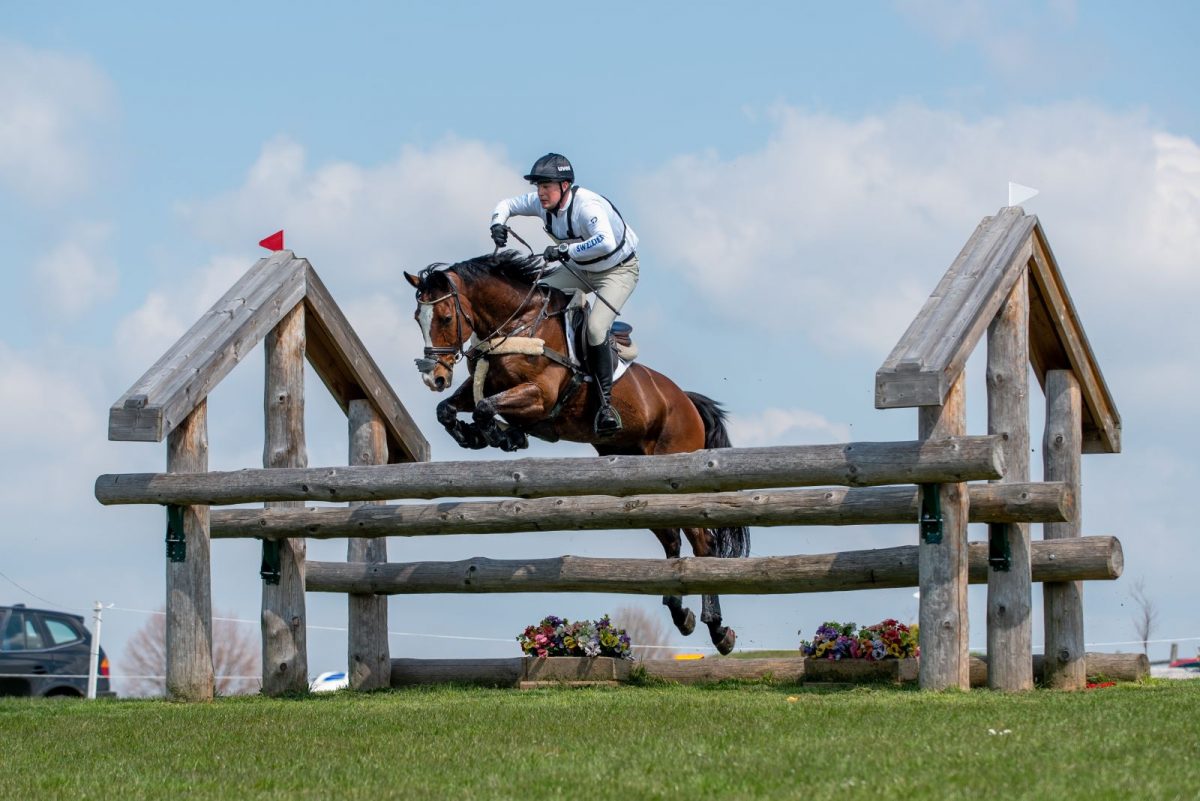 Christoffer Forsberg and Hippo’s Sapporo pick up another win, this time in the 4*-L at Strzegom’s Spring Open. Photo by Leszek Wójcik.

Swedish rider Christoffer Forsberg with Hippo’s Sapporo was the best in the CCI4*-L, the most demanding class of the second leg of Strzegom Spring Open.

Forsberg took the lead after dressage, and despite going over the time in the cross-country and four faults in the jumping, kept it until the end of the rivalry. Second place belonged to Italy’s Marco Cappai with Uter, who was clear in the jumping, but had some time faults. Third belonged to Hanne Wind Ramsgaard riding Ameq Torino (Rawa’s Torino). The Danish athlete was second after the first trial, and jumped up the ranks after a clear cross-country course with time penalties.

In the CCI4*-S, the winner was Aminda Ingulfson from Sweden with Joystick. Few penalties in the XC and a clear jumping round secured her the win before France’s Maxime Livio with Elvis de Hus Z and Belgian Jarno Verwimp riding Mahalia. The best home rider was Joanna Pawlak with Fantastic Frieda, who took home the sixth.

The competition in the 3*-L ended with a significant reshuffle. The three competitors leading after dressage gave up on continuing the struggle after mistakes during the cross-country test. The winner was Maxime Livio from France with Vitorio du Montet, who was 10th after dressage and went clear in the XC, although 2 seconds late. The deciding factor was his clear jumping round. Second place went to Dutch rider Janneke Boonzaaijer with Bouncer, and third to Sweden’s Christoffer Forsberg riding Celladonn.

The 3*-S class ended with the victory of Polish rider Wiktoria Knap with Quintus 134. She took the lead after a faultless cross-country round and even a fence down in the jumping did not threat her win. Finland’s Veera Manninen with Sir Greg finished second, and Austria’s Robert Mandl with Sacré-Cœur – third.

Andreas Dibowski with Cristallik won the 2*-L. Going up from third after dressage after clear XC and jumping trials, he triumpher over Dutch athletes Merel Blom with Hallo and Janneke Boonzaaijer with I’m Special N.

Saturday’s cross-country trials revealed the best in the 2*-S and 1*-Intro classes. The win in the 2* as well as the third place belonged to Janneke Boonzaaijer with Mirage and Krek-Mora G. Second went to Andreas Dibowski (GER) with Lillet.