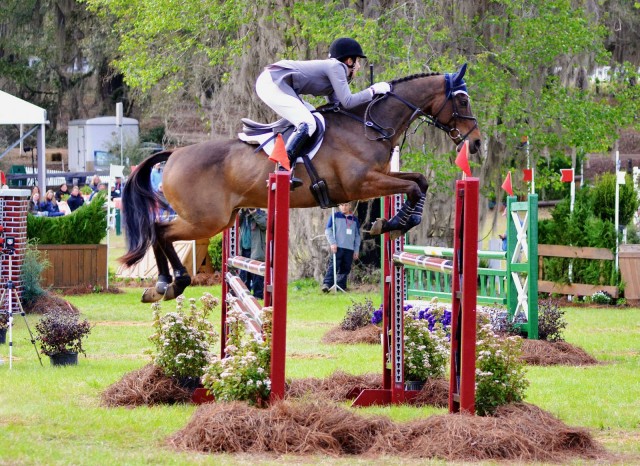 Show jumping proved to be a wild ride today for the CIC3* competitors at Red Hills, with poles tumbling down and the leaderboard shuffling quite a bit. First and second places didn’t change though, and Allie Knowles and Last Call and Boyd Martin and Trading Aces will hold their one-two spots overnight thanks to double clears. Hannah Sue Burnett and Harbour Pilot jumped clear with three time penalties to move up one spot to third place. Katy Groesbeck and Oz the Tin Man also jumped double clear to move from 10th to fourth, and Laine Ashker and Anthony Patch pulled one rail to remain in fifth place.

There was a lot of concern this morning about how the course would hold throughout the day, as more rain fell overnight and the CIC* riders were slipping around as the first to jump early in the day. The grounds crew laid sand in some spots of the course, and while the sun never really came out today, the ground was able to dry a bit by the time the three-star riders took the course. While the footing wasn’t muddy, it was still sticky and tacky, and that combined with the technical questions proved to be a big challenge for many of the riders.

Set on a sloping hill, the course began with the first and second fences going down the hill before riders turned back to ride fences three and four up the hill. The rest of the course continued that way, utilizing the terrain to up the ante. It required a very forward, almost aggressive ride at some points, and riders who sat down and really went for it were rewarded with good trips. We also saw double clears from Selena O’Hanlon and Bellaney Rock, Ellen Doughty and Sir Oberon, Kevin Keane and Fernhill Flutter, Bobby Meyerhoff and Utah B, Michael Pollard and Ballingowan Pizazz, and Peter Atkins and HJ Hampton. 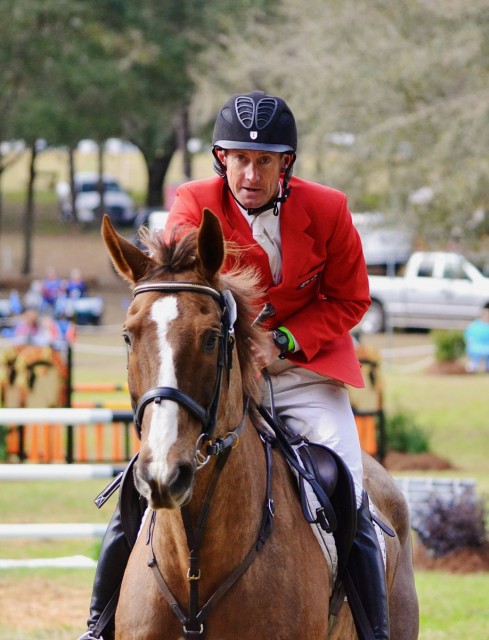 The middle jump in the triple combination toward the end of the course came down more than any other fence, though rails fell throughout. Twenty-three pairs pulled two or more rails, which makes the number of double clear trips we saw all the more impressive. We had one pair eliminated today when Catch A Star’s show jumping demons reared their ugly heads again. Caitlin Silliman went in with a vengeance — much like she did when she jumped a beautiful round at Pine Top Advanced two weeks ago — but Hoku abruptly slammed the brakes early in the course, and Caitlin popped off.

We had a very quick press conference with the three-star riders following show jumping. This is Allie and Fergie’s first trip to Red Hills, and they’ve certainly come out swinging. She said Fergie has been a trooper through rough conditions so far, and her strategy for tackling Hugh Lochore’s course tomorrow is simple: Jump clean. Boyd said he doesn’t think the new course is as big as its predecessor, but that’s not a bad thing: “It’s a smart move by the course designer not to go over the top the first year because the turf is still growing, and he’s still getting a feel for the countryside.”

Hannah Sue Burnett and Harbour Pilot are preparing for their first Rolex together, and she said her goal for tomorrow is to go out and have a good round rather than go for time. She’s been show jumping lately with Karen O’Connor, who Hannah said has been especially helpful in warmup. It paid off today with a really nice trip. CIC3* cross country doesn’t start until 12:30 p.m. tomorrow, but I’ll be out on the course early in the day to see how it rides for the one-star. With the progress the course made in drying up today, all signs point to a great day tomorrow. Go Red Hills. 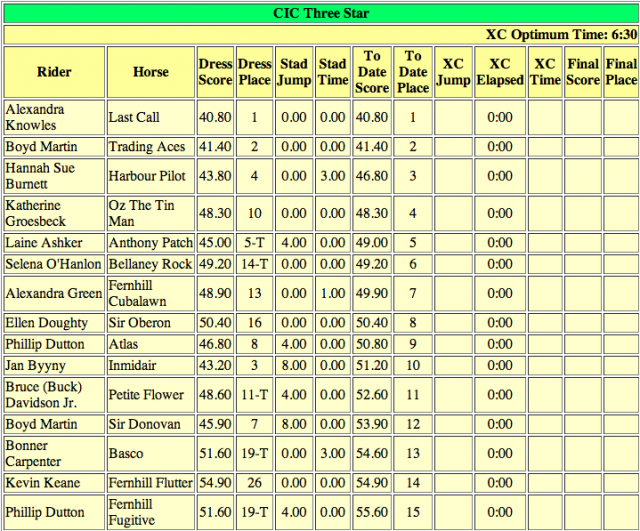