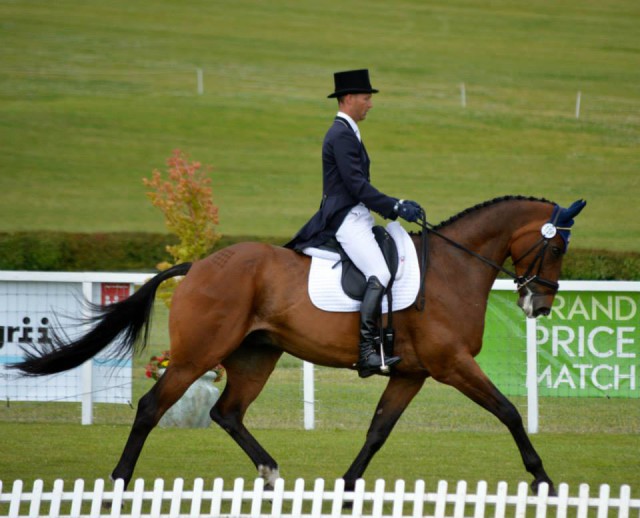 Clark Montgomery and Loughan Glen at Barbury. Photo by Samantha Clark for PRO.

Clark Montgomery and Loughan Glen are looking to end Andrew Nicholson and Avebury’s hot streak at Barbury International CIC3*, and they’re within striking distance after dressage on a score of 39.6, which puts them in second place in the huge 108-horse division. Andrew and Avebury lead on 34.8 and have won this class for the past two years in a row; Clark and Glen finished second to them last year.

Francis Whittington and Easy Target sit in equal third place with Mark Todd and his WEG mount Leonidas II on scores of 42.6. Tina Cook and her WEG mount De Novo News sit in equal fifth place with Lizzie Brown and Playtime NZPH on 43.2. Tina had originally been named to Great Britain’s Aachen Nations Cup team, but decided to compete at Barbury instead; Harry Meade and Wild Lone will compete in their place in Germany.

Clark is our sole North American competing in the CIC3* at Barbury, and he also has Universe in this class; they scored 49.2 for equal 22nd place. Show jumping is up next tomorrow, and you can follow along with all the action on the Professional Riders Organization blog and Facebook page, as Samantha Clark is on the grounds all weekend. Check back later today for an interview with Clark. Go Barbury. 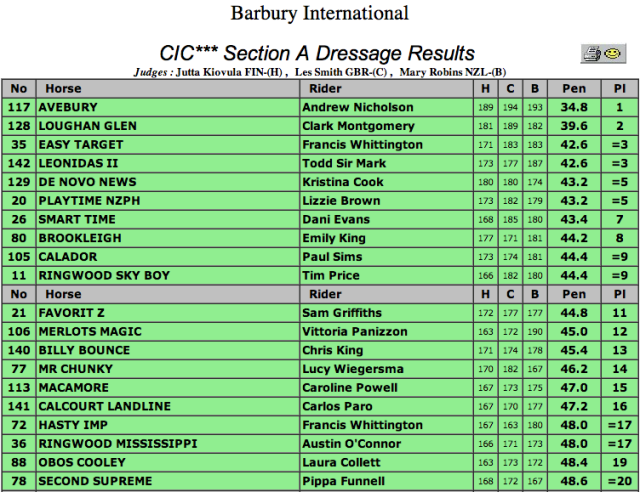