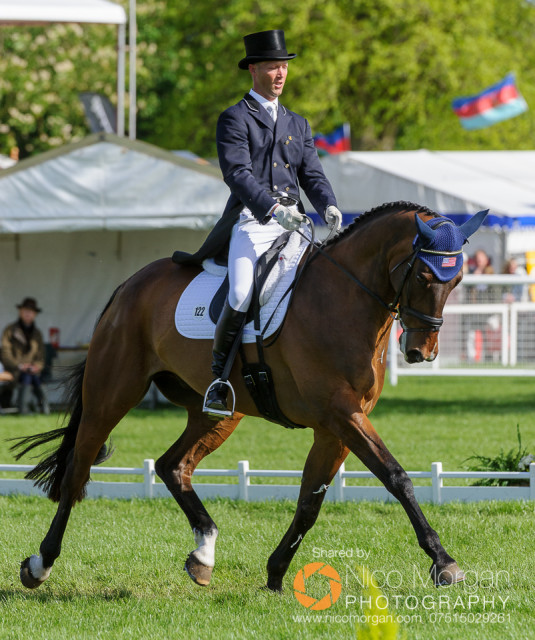 Clark Montgomery and Loughan Glen have absolutely brought the house down here at Badminton, winning the dressage on an incredible 33.3 to move into a commanding lead. This horse is so good in this phase, but Clark had to battle wind, mud and the enormous pressure of riding as the third to last of the day to accomplish what he set out to do. The test was fantastic right off the bat, with the marks on par to pass Paul Tapner and Kilronan from very early on. 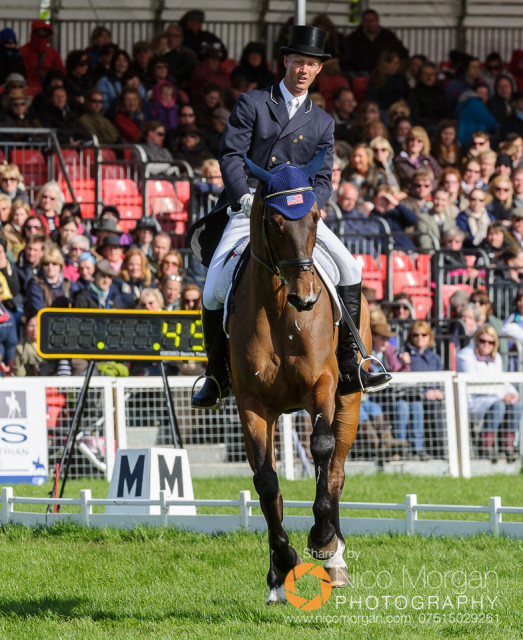 Then the entire crowd gasped when Glen got a bit stuck in the mud at the end of the counter canter, swapping leads behind — that gave them straight 5s from the judges. But Clark didn’t let that break his concentration, and they kept pulling 8s and 9s consistently through the rest of the test. Radio Badminton’s preliminary calculations had them going just barely into second place, but I think straight 9s for the rider marks pulled it out. Just an incredible performance. 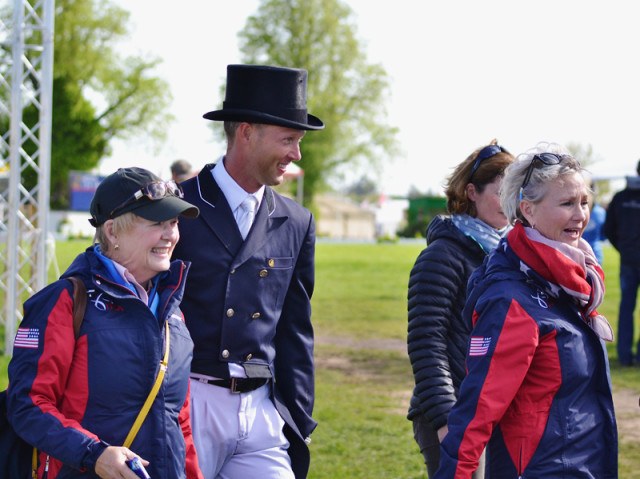 Clark was absolutely mobbed by reporters after the press conference — as he should be! — and there were kisses and hugs all around from the Team USA contingent. Coach David O’Connor was equally thrilled with the test and completely agreed that it’s about time we have an American in the press conference at the end of dressage at Badminton. Congrats to Clark, Jess and their families — who flew here to support them this weekend — and Sally Johnson, who is grooming for them this weekend. 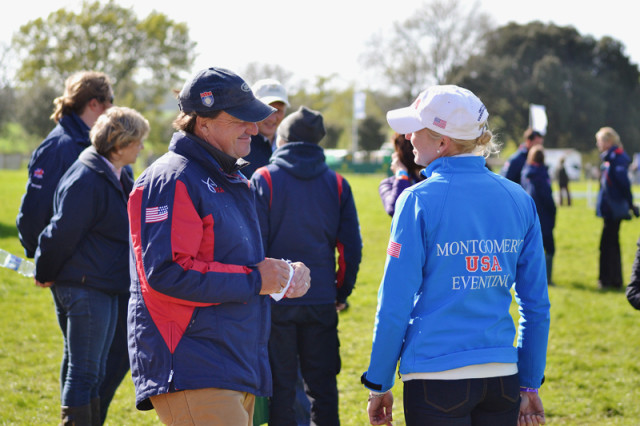 As for other notable tests this afternoon, Sara Algotsson Ostholt had a very consistent test with Reality 39 — formerly Mrs. Medicott — to sit in equal fifth overnight on 40.5. William Fox-Pitt redeemed himself with Parklane Hawk to score 41.0 for equal seventh place with Andrew Nicholson and Nereo, who were the last to go today. Of course, it’s still anyone’s game, as Guiseppe Della Chiesa’s course is going to be anything but easy. But for tonight, we can revel in the fact that an American is at the top of the leaderboard. Stay tuned for the press conference report with Clark’s remarks and much more from Badminton.