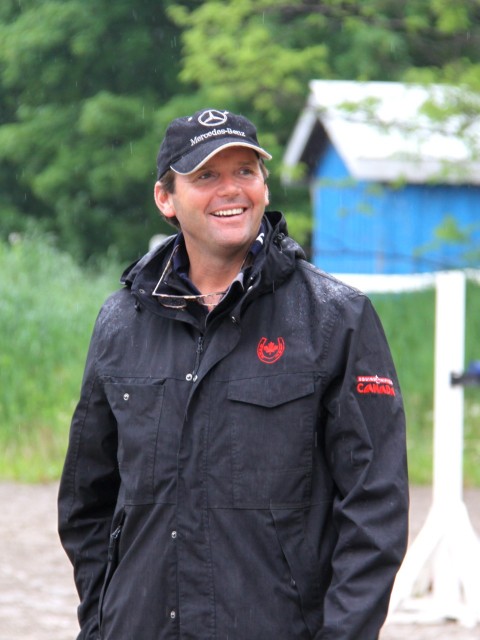 Clayton Fredericks is a busy guy. Between flying back and forth from the States to Europe to coach the Canadian eventing team, he’s also found the time to run a business importing quality young horses from across the pond — and a very successful one at that. But that doesn’t really come as a surprise when you consider all the top horses Clayton has sourced over the years.

Clayton has long been finding top horses all over the world — both for other riders and his own personal sales business — with a prime example being his work with Chinese Olympian Alex Hua Tin. “Alex came to me two years before the 2008 Olympics in Beijing and said he wanted to qualify,” Clayton said. “He’d only ever ridden up to the Novice level in the UK, but we found horses for him that were suitable.”

Under Clayton’s tutelage, Alex qualified four of those horses for the Olympics between October 2007 and May 2008, becoming the youngest rider in Olympic eventing history when he contested the Beijing Games at just 18 years of age. “It was an impressive feat given the time we had to get him to the Olympics, and it all came down to finding the right horses,” Clayton said.

Most of the horses are coming from Germany, where Clayton’s business parter, Eckart Siewert, lives full-time. “He is a big part of the reason we can find so many great horses,” Clayton said. “He spends many hours looking at hundreds of young horses, pre-selecting so that when I am in Germany, I have access to the elite selection. This firsthand knowledge is a great asset to the business.”

Together, Clayton and Eckart have sourced or sold numerous horses that have gone on to compete at the Advanced and four-star level. Clayton competed RF Smoke on the Water through the one-star level before ultimately selling the horse to Marilyn Little. And that’s just the tip of the iceberg. Clayton has also been involved in finding Lucinda Fredericks’ Flying Finish, Michael Jung’s Leopin FST, Emily King’s Brookleigh and his own Olympic horse Bendigo.

“We really specialize in finding horses for people,” Clayton said. “We’ve got a constant flow of young horses coming from Europe. They’re all warmbloods, but they have a lot of Thoroughbred blood, which I know is quite important for the Americans. They’ve all been chosen for their movement, jumping and trainability of the brain.”

And Clayton’s sourcing services aren’t just for professionals, as amateur Frankie Thieriot discovered when she recently purchased Chatwin, who Clayton imported and competed through Preliminary before the sale. Frankie wrote about her experience in this post, explaining how easy Clayton made the process. Clayton has also recently sold horses to Sara Kozumplik Murphy and Elinor MacPhail, one of which is Rendezvous With Charly, who just placed third in the CIC2* at Red Hills.

“I think people underestimate how much it costs and how difficult it can be going to Europe,” Clayton said. “When you’re looking for horses, you spend hours in a car. Everyone thinks locations in the UK and Europe are close together. But by the time you add up a three-hour journey to one horse and two hours to another horse, you’re lucky if you can see three horses in a day. There’s no sort of guarantee pre-selection unless you’re dealing with an agent, and that’s adding extra fees to the purchase.”

As Clayton explains it, there’s no use bringing horses over to the States that only he can ride, which is why he makes an effort to find horses with the right mindset for the job: “They have brilliant brains and very rideable temperaments, which makes them suitable for amateurs too.” And because Clayton has traveled the world during his competitive career and continues to do so now that five of the Canadians he coaches are based in Europe, he’s able to bring a global perspective to his business.

The bottom line: If you’re looking for a quality young horse, get in touch with Clayton at [email protected]com or by calling 352-299-3213. All the horses currently for sale through his business are listed on his website at fredericksequestrian.com. And be sure to read Frankie’s account of her wonderful experience buying Chatwin.

Some of the horses currently for sale through Fredericks Equestrian: 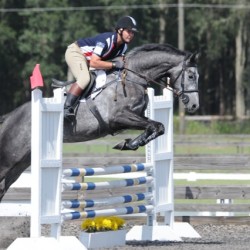 Bebop, a 6-year-old Trakehner. Competed in the U.S. three times for two wins and and a fourth. Photo by Palmer Photo. 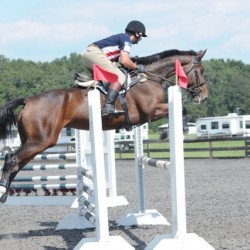 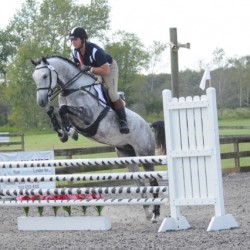