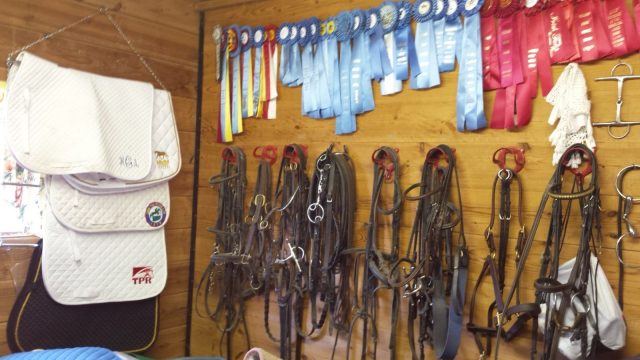 There is a rhythm to life with horses. We are one with universe when we are with our horses, or in our barn and peace space. Except … when we have to clean out the tack room.

I’m not afraid. I waded right in today, loins girded, full measure of courage loaded. I was going to scour that tack room from top to bottom, sweep, cobweb, wipe, clean, pick up, fold, organize and arrange. Yes, that was the initial plan.

But. Of course, the courage leaked out and wandered down the barn aisle, looking for an empty feed sack to put the swept-up dirt in, and found an old magazine it really needed to look in. I didn’t get sidetracked. Oh no. I had to make sure all the boots were paired up correctly and the velcro was all picked out, that was really important. And fold up all the pads and sort the good ones from the show ones, and put the show ones in the horse trailer. And there were some programs and literature in the horse trailer from last year’s events, and I needed to read them.

So, there was all this stuff I took out of the tack room and threw/placed carefully in the aisle, and then I did the cleaning stuff, and then … it was time for checking my phone. And I put a few more things away onto shelves, and found a few things I hadn’t seen for a while, and … so that’s how the tack room cleaning went. I should know better than to think I could do it an hour or two.

Of course, it took all day. And I don’t really have that much stuff. Or do I?  The last halter my best ever horse wore, the day we put him to sleep, and the last saddle pad he won, a white embroidered one from Surefire Horse Trials where he won a Training Level division on a hot Sunday afternoon, and we were almost the last trailer out of the field that day as the sun set in Virginia. What do you do with such things, so precious? What drawer do they go in? 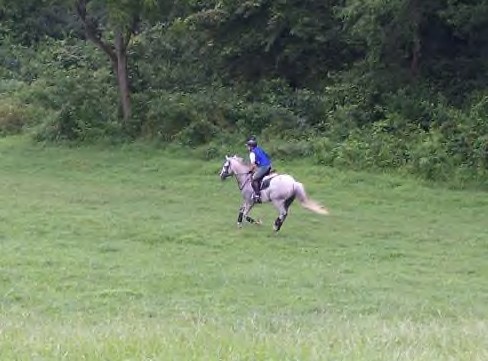 And the leather halter and name plate of the lovely young horse I sold on, and heard he was euthanized just a year later from an accident. The sad memories of my former horses, the leg wraps they wore, the bits they liked (and didn’t like), medicine that was labeled for a horse long gone. Leftover things, bits and pieces, memories that slide by of horses that helped me be the rider I am today.

Of course, I’ve been letting it go for a while, just because I knew I’d find stuff that made me sad, and in the middle of the winter — it’s hard to be motivated in the cold to be wiping stuff and cleaning. Same for the middle of event season, you’re busy, you’ve got stuff to do and can’t spare the time to dive into a big project. In the fall, the light is leaving and you don’t have time. It’s too hot in the summer to be moving things around and cleaning under them. Oh, the excuses. But the real reason was I didn’t want to see that halter, that saddle pad, that nameplate, that medicine jar, those bits, those bridles, the things that reminded me of great times with great horses past.

There are two ways to handle a tack room. Clean it all the time, throw things out, purge and glean constantly. Keep it so clean you could cook on the top of the plastic saddle pad keeper and do surgery on the floor. Hmmm. Well, it’s a goal.

Or the other way. Hang a bridle, then hang another bridle. Throw a pad. Throw another pad on top, and yet another. Unrolled bandages. A wee bit of dirt in the corner … more dirt near the door because the welcome mat got moved over for some reason and didn’t get put back where it belonged … a couple of things that belonged elsewhere but ended up on the floor, in a stack, on top of a cabinet or falling out of a drawer. You don’t do it on purpose — it just gets away from you. Like your life. You let things go, because you don’t want to put your hands on the sad stuff.

Cleaning out the tack room, then, becomes a metaphor for your life — having the courage to dive into a mess, fix it, get it better, deal with the sad stuff, empty out your soul a little bit. And when you turn off the light, and close the door, there is nothing left but the satisfaction of a long-put-off job done — finally — “There. The tack room is cleaned.” Not just the tack room, either.