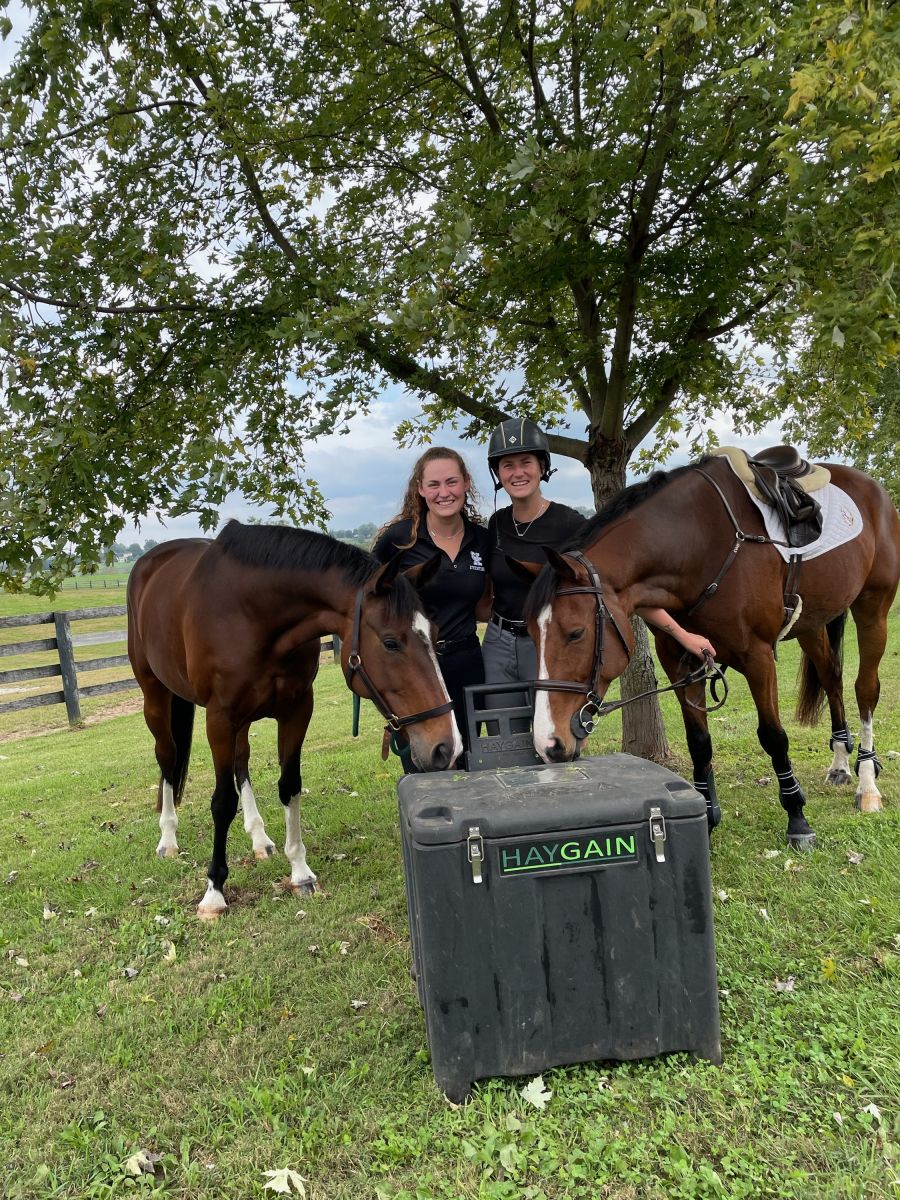 Alexa Ehlers and her head girl/assistant, Hannah Warner, with the two homebred kids.

As a registered nurse who worked in an intensive care neurology unit, Alexa Ehlers is accustomed to health care miracles made possible by modern technology. Yet she was “mind blown” by how quickly Haygain Steamed Hay helped a 5-year-old horse get rid of a cough that got so bad she’d had to pause his jumping training. “I was shocked that such a simple measure could do so much good.”

The owner and trainer at Clear View Equestrian in Lexington, Kentucky is now a full-time equestrian professional. The facility is home to about 25 horses, the majority client-owned and a few of her own that are progressing at various levels of eventing.

The youngster with the bad cough is one of two Clear View homebreds, out of Alexa’s now-retired junior partner, Crystal Clear. The gelding, Clear Candidate, and the young mare Parlez Clear, both struggle with allergies.

Initially, their issues presented only in the springtime as occasional coughs. But when the horses’ workload intensified as they matured, the coughs became more frequent, severe and, especially in Clear Candidate’s case, debilitating. He’d start coughing when they began canter work. “It wasn’t fair to jump him,” she recalls. An endoscopic exam did not find anything worrisome in his upper respiratory tract, Alexa relays. The coughing and occasional runny nose was attributed to extreme sensitivity to allergens that are especially bad in the spring.

“We tried the (chelated) silver spray through the nose and a bunch of other things, but they felt relatively invasive,” Alexa explains. “Someone mentioned the Haygain as a useful tool and I’d been around enough to see professionals using them at events and to know that the steamed hay smelled really good.”

That’s when a former client offered to loan an older Haygain unit. “Within two days of being on Steamed Hay, Clear Candidate stopped coughing.”

Parlez Clear’s coughing was more sporadic, but no less concerning. Competing in a Young Event Horse qualifier, Alexa recalls landing after the final show jumping fence and asking for a stride opening. What she got instead was a massive cough. “We thought it was shipping fever and we initiated a lot of preventative measures when we got home from the show.” That was before starting on Haygain and, since then, the mare’s issue seems to be resolved. 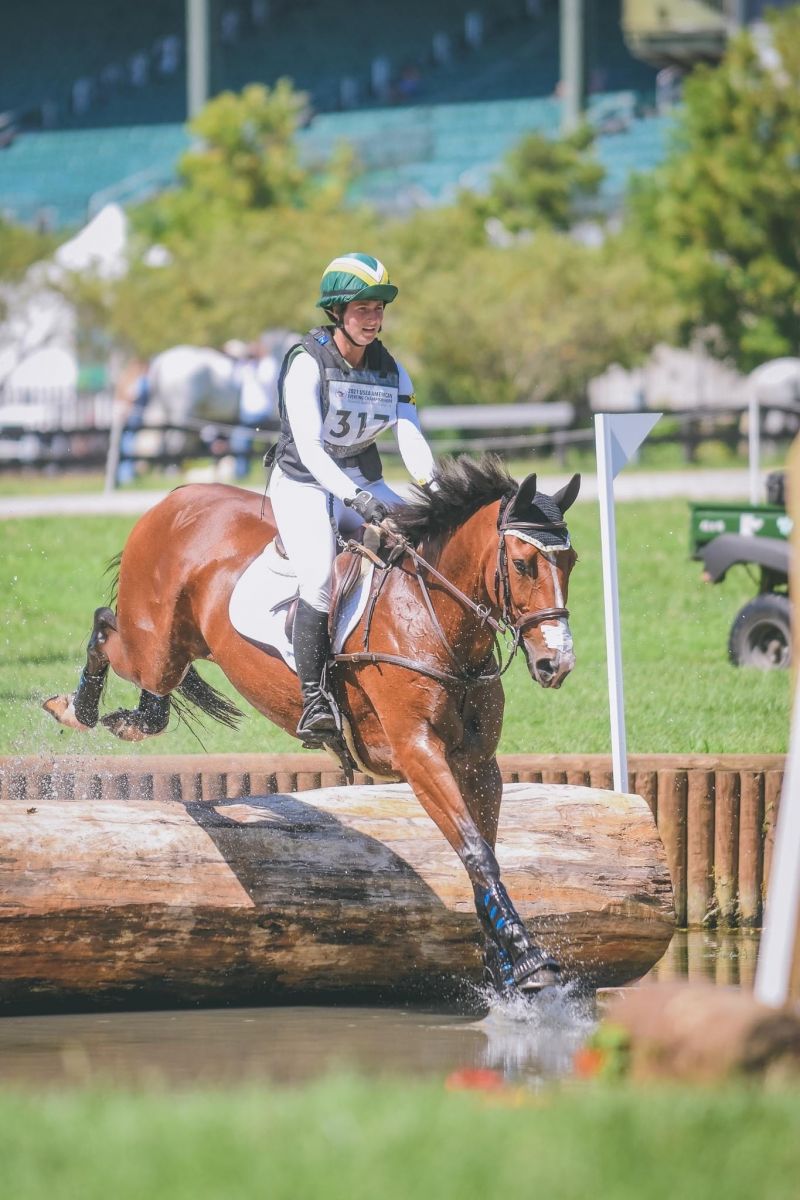 “I was shocked that doing such a simple thing as feeding Steamed Hay helped so much,” Alexa says. The science behind Haygain explains why Steamed Hay helps horses. The patented process attains and retains temperatures of 212°F in steam injected evenly through hay inside a thermally-sealed chest. The high temperature enables reduction of up to 99% of the inhalable irritants — including mold, bacteria and other allergens — commonly found even in hay of good nutrient quality. These microscopic particles are major causes of allergies and conditions on the Equine Asthma Spectrum.

An Ounce of Prevention

Alexa wound up buying the unit from her former client. While it has some mileage on it, the High Temperature Hay Steamer still does its job. “We arrived at Haygain in a bit of a trial by fire, but now all these horses’ hay gets steamed as a preventative measure.”

Now able to train and compete at increasingly high levels without interruption, both Clear View homebreds are excelling in competition. Both have proven their potential in USEA Dutta Corp Young Event Horse competitions and Clear Candidate recently won his first Preliminary.

Along with developing these young horses and helping her clients advance toward their goals, Alexa is an up-and-coming FEI level contender. She and Just To Be Clear recently completed their first Intermediate and were targeting the Morven Park CCI3*-S in October.

This post is brought to you in partnership with Haygain.