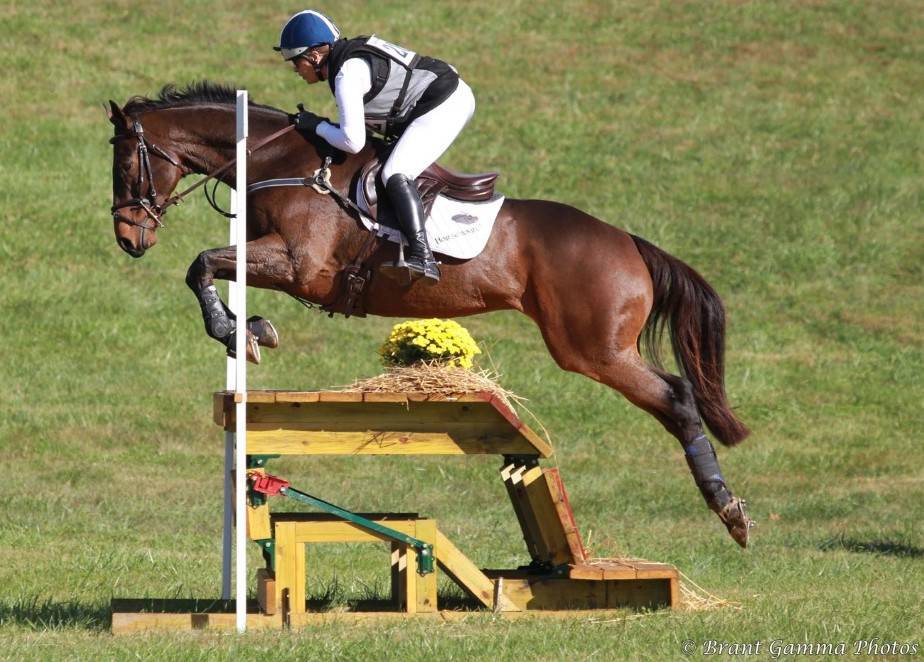 Memorial Day is extra memorable at Four Schools Farm for unusual reasons. The late May holiday is when Joanie Morris’ 7-year-old eventing partner, Betterthanexpected, breaks out in hives. It was to the point that his hair fell out and bouts of troubled skin lasted for weeks at a time. Since “Admiral” came to Joanie and her husband Richard Picken’s Lexington, Kentucky farm as a 3-year-old, “We could set our clock by his hives.”

The former Managing Director of Eventing for the United States Equestrian Federation, Joanie is a lifelong horsewoman familiar with myriad allergic reactions in horses. Often, they occur in horses imported from Europe, likely due to the change in environment. But Admiral is a Thoroughbred born and raised in Kentucky, so that couldn’t be blamed. “I don’t know if it’s the humidity, rain or something in the grass,” Joanie says.

Haygain Hay Steaming reduces up to 99% of the dust, mold and other allergens found even in forage of good nutritional quality. Because avoiding allergens is the best way to avoid allergies, it has “made a huge difference for Admiral.”

It has also helped him with another issue of unknown origin: a random cough that cropped up a few years ago. Like the hives, the cough never caused Admiral to miss a day of work. Veterinary checks eliminated the possibility of a serious issue related to the cough, but confirmed Joanie’s conviction that, “As an athlete, it just can’t be good for you.”

Haygain Steamed Hay has taken care of the cough, too. Joanie was reminded of that when Admiral returned from several days out in pasture during a post-competition break. “When we brought him back into the barn, we forgot to steam his hay the first day. The first time I got on him, he coughed three times right away.”

Steamed Hay has been a big help for another Four Schools horse: the recently retired Timaru, owned by young rider Colin Gaffney. The senior citizen 3* eventer had a slight bleed from one nostril when stressed or after an especially rigorous jump outing. It occurred intermittently at first, then more regularly.

Nebulizer treatments didn’t help and veterinary exams did not determine a cause. Without a diagnosis, they could not recommend a specific treatment. Like Admiral, Timaru performed as if nothing was bothering him, but Joanie figured that blowing capillaries in his nose had to be agitating.

After starting Haygain Steamed Hay, Timaru completed the most rigorous events of his career: two CCI3*-L events, throughout which there were no nose bleeds. Haygain was the only change in his daily routine before that happy outcome. “I like isolating the variables so you can kind of find out what’s working,” Joanie explains. “Haygain has made a huge difference for him, too.”

Joanie’s not saying Haygain Steamed Hay is a magic panacea for everything. Admiral, for example, showed different allergy symptoms while competing in Aiken, South Carolina this spring. The triggers in that setting seem to involve sand and rain, Joanie surmises. And his hives have occasionally hinted at returning, but with nowhere near the severity or duration. A Steamed Hay diet made both cases much more manageable, she reports.

Joanie and Richard sought out Steamed Hay as a good fit for Four Schools Farm’s focus on highest quality horse care. Located on 33 acres in prime Bluegrass country, the farm is home to 15 or so horses who receive individualized care and training. It regularly hosts professional riders visiting for tune-ups: Tokyo-bound Liz Halliday-Sharp (a fellow Hay Steamer) and Deniro Z, for example, stopped by for a jump school shortly before leaving for Europe.

Joanie and Richard’s resumes illustrate involvement in and contributions to the highest levels of equestrian sport. At home, this is reflected in their horses’ care. A Wordley Martin Arena, ample cross-country and conditioning acreage and dust-free AirLite cardboard bedding are a few of the amenities combined with world class horse care knowledge and experience.

Four Schools was named after a special wedding gift Joanie and Richard received when they married in 2013: a 12-year-old steeplechase star trained by Eclipse award winner Richard Valentine. Preparing “Four Schools” for a new career wasn’t easy, but he and Joanie went onto a successful run in the eventing world. Today, he is “fat, shiny and happy” living with a donkey pal out in pasture at a lovely farm named after him.