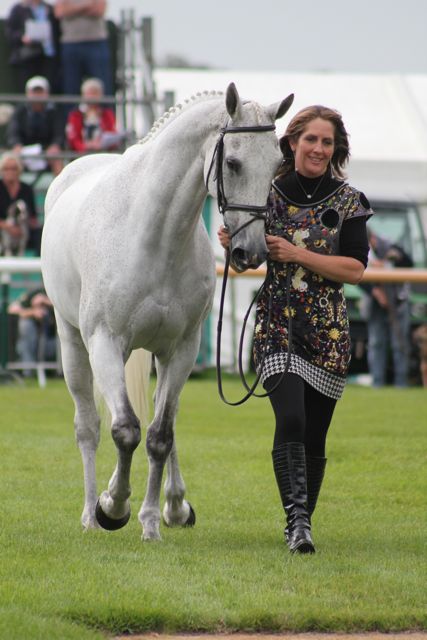 Probably.  New Zealand’s 2010 Burghley CCI4* champions Caroline Powell and the 19 year old Lenamore have been given a green light to prepare for Olympic selection by Equestrian Sport New Zealand and Lenamore’s owners, according to a Kiwi publication.   Lenamore’s owners, Lexi Jackson, Janie MacKinnon, and Caroline, had decided to retire Lenamore from team selection two years ago, according to the Horse and Hound, but they reversed that decision for the Olympics.  They were hoping to see how the awesome Lenamore looked after Badminton this year.  However, with the cancellation of Badminton, Lenamore will now head to the CIC 3* at Chatsworth in the UK with his new membership on the Kiwi high performance 2012 squad.  Caroline is quoted as saying: “He’s small and nippy enough to cope with the undulations on the cross country course, and I think he would do well.” Horse and Hound reports that Lenamore has competed in 14 four-stars with eight top-10 placings including the aforementioned Bughley 2010 win.  [NelsonMail, Horse and Hound]

In my opinion, Lenamore’s addition to team consideration definitely strengthens the already formidable group of New Zealand Olympic hopefuls.  This also helps boost the Kiwis after they were dealt a hard blow last week when Mark Todd’s ride Land Vision withdrew from Olympic contention.  You can’t help but cheer on Caroline and Lenamore in their pursuit of their second Olympics together.  Lenamore is a consummate professional and Caroline has clearly done a wonderful job looking after Lenamore over the years.  She is rewarded for that horsemanship with a chance to ride Lenamore at the Olympics.  It looks like ESJ’s Kiwi team predictions for London are standing strong with Andrew Nicholson and Nereo, Clarke Johnstone, Jock and Promise, Toddy and Major Milestone, and Caroline with Lenamore.