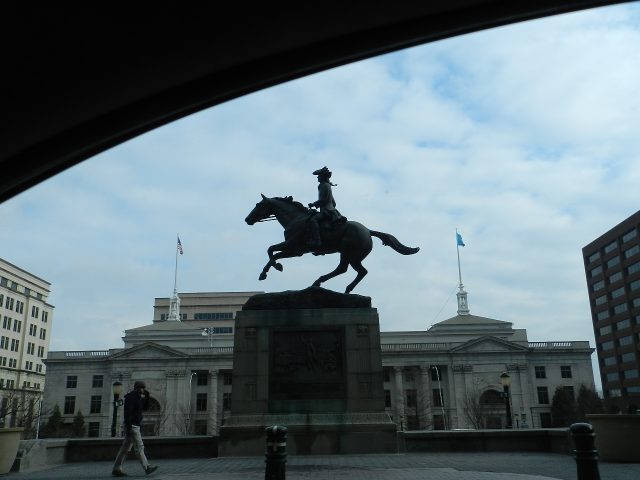 Everyone knows that we in America celebrate the 4th of July as a great national holiday, commemorating the birth of our nation. But perhaps only horse people can appreciate the great courage — and great horsemanship — 242 years ago, that made this holiday possible.

Caesar Rodney, 48 year old statesman, military man and farmer, is suffering from cancer on his jaw and face. He’s at his family farm near Dover, attending to his duties as head of the Delaware militia, and that’s just one of the many public service positions he holds to serve his state and country. In addition, he was voted a delegate to the Continental Congress, currently in session in Philadelphia. But he’s home when they call the vote that rocks the world.

On June 30, 1776, a motion for independence was put forward in the Continental Congress. Debates over independence continued into July 1, 1776. A vote was held, and nine colonies voted for independence. Two colonies, Pennsylvania and South Carolina, voted against independence. One colony, New York, abstained from the vote, and another colony, Delaware, was split on its vote.

A rider bangs on the door of his mansion, rousing the household, with an urgent message from fellow statesman and delegate, Thomas McKean, in Philadelphia. The Delaware delegation, including George Read, McKean and Rodney, had voted in a tie — McKean for independence, Read against. Rodney was urgently needed in Philadelphia, about 80 miles away, for a tie-breaking vote. Could he come to Philadelphia quickly? McKean could only buy a little time before the vote would fail due to lack of consensus, and then the notion of independence might also fail, and doom the fragile union of colonies to more oppression, ruinous taxes and tyranny. Rodney was needed — and needed fast. Could he ride the 80 miles to Philadelphia on a stormy night to save the vote?

Accounts are that he left immediately, about midnight, of July 1. As he proceeded northward through Delaware farmland, using the only roads available, the thunderstorms had muddied the paths and swelled the rivers and creeks. He likely crossed several, and those in the darkness of a stormy night.

A letter to his brother Thomas indicates he went by carriage for most of the trip, but the accounts of his arrival in Philadelphia have him wet, with muddy boots and spurs — indicating he rode as well. Experts believe he used a saddle horse for at least part of the journey, and then switched to a carriage as he got to present-day New Castle county.

It is likely that he traveled northward, approximately the path of today’s U.S. Route 13, passing through Smyrna, Odessa, New Castle, Wilmington, up toward Wilmington’s Penny Hill to what is now Claymont, Delaware, and then into Pennsylvania at Marcus Hook, then what is today the city of Chester, then on to Philadelphia. 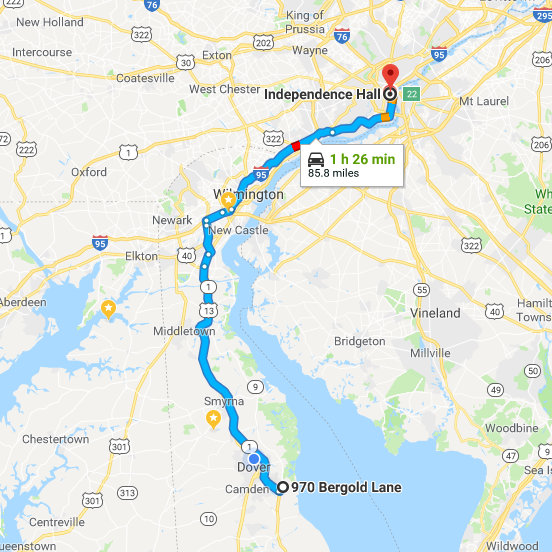 18 hours — today a journey of about an hour and a half.

The ride was undertaken with a certain amount of courage, too. It was not ideal conditions for a fast overland trip and horses were the only mode of transportation. By all accounts, Rodney was an excellent horseman, and in so being, he probably knew what lay ahead of him.

Very few documents have survived from that era, and while we don’t know exactly what Rodney looked like, we know some about Colonial Delaware life and how Rodney would have felt that evening when the messenger came knocking on his door.

He knew his decision to break the vote meant he’d have to ride hard, on a dark and wet evening, probably in thunderstorms, lightning and rain. How many of us eventers have gone on in the rain and the wind?

He knew his horse might become exhausted; perhaps it was a favorite, maybe one he raised from a good mare and bred himself. He might even have injured this horse, or watched it drop exhausted, or have to leave it behind while he hurried to a waiting carriage. We have felt those feelings, seeing a favorite horse leave us.

He would have urged the driver to push the horse or horses pulling the carriage; being a farmer and horseman, certainly he would have been full of regrets for the hard way they were treated to get him to Philadelphia. Those of us who have had our horses go lame or get hurt know these feelings well.

He arrived with muddy boots and in his spurs, we know this, on July 2, to cast his Delaware vote for independence. This put Delaware over into 2 for and 1 against, carrying the state, making the vote “for” independence from the tyranny of Great Britain.

The last line of the Declaration of Independence reads, “And for the support of this Declaration, with a firm reliance on the protection of divine Providence, we mutually pledge to each other our Lives, our Fortunes and our sacred Honor.”

In two days, the final documents would be written and the delegates would approve them, and on July 4, independence would be declared, and the United States would be born.

When Caesar Rodney mounted his horse on that steamy night, he knew, the moment he put his foot in the stirrup, that what he was doing would essentially insure his death. His cancer had advanced, and the only doctors who might be able to treat him were in England; voting for independence and signing the document declaring it would label him a traitor, making his arrest and imprisonment or hanging a certainty should he try to travel to England. 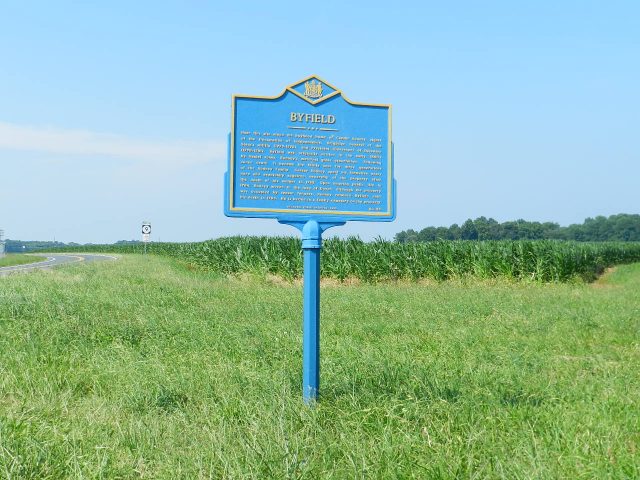 The Crown would also threaten to take his land, his crops, his home and conscript his servants and tenants for their military. He could be looking at bankruptcy and destruction of his property as well. No, there was nothing good to come of a vote for independence for him personally. It would mean war, and being in charge of the Delaware militia, it would mean he would have to leave his farm and raise and lead an army, convince reluctant citizens to join and fund the army and fight against a colonial power that ruled the world. He’d have to do it with fighters who had little more than a few old muskets, axes and rags on their feet. It was an immensely daunting future that Rodney faced when he mounted and rode that night.

So when you see those words, “we mutually pledge to one another our lives, our fortunes and our sacred honor,” they literally knew they ALL were signing a death warrant. That took courage.

And being eventers, we know a little bit about throwing our heart over an obstacle, and having the courage, however small, and however minor, to overcome a difficult task. We know what it takes to mount a horse, take a breath, and ride for our lives. And while we may not do 80 miles on a stormy night, and the stakes aren’t a nation at war (more like just trying to get home from work in time to ride before dark) … we know a little bit of how it feels to keep going when it gets tough, to keep trying despite all around you telling you it won’t work, and sticking up for what is right and what is fair.

The Founding Fathers of our nation indeed had courage, courage of a type we in our era will never see from current day politicians and public servants.  Those guys 242 years ago were tough, smart, courageous  — and pretty scared — but they did it anyway.

Sort of like eventers, too! Happy 4th of July — and now you know why we celebrate!