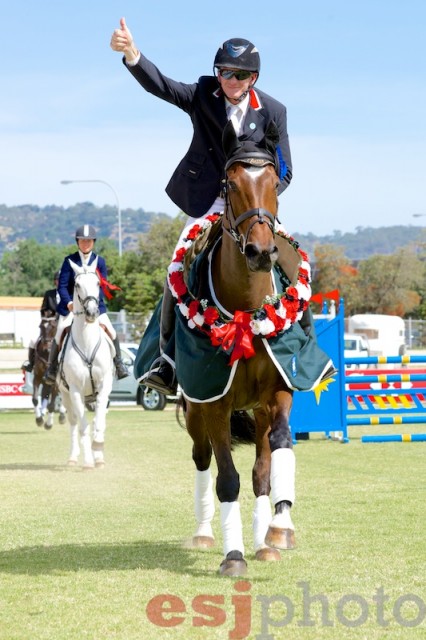 Craig Barrett and Sandhills Brillaire at Adelaide in 2012. Photo by John Lechner. 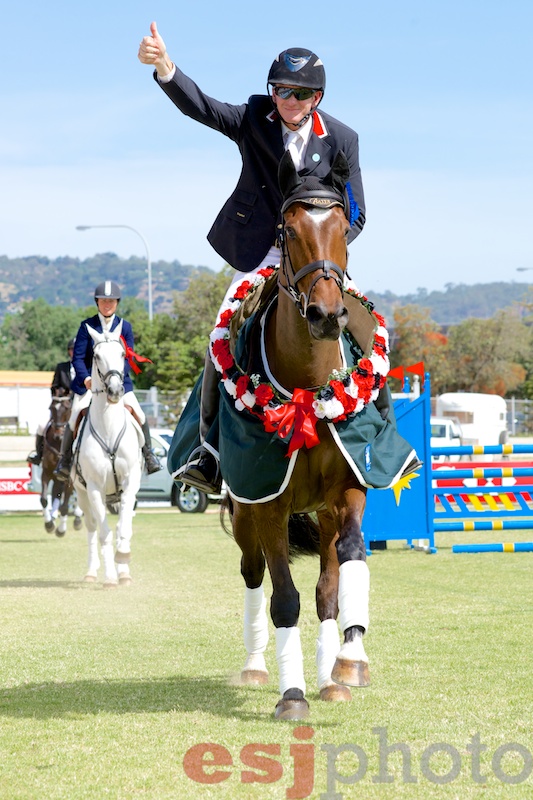 Craig Barrett is the champion of the 2012 Australian International Three-Day Event — Adelaide CCI4* — the second leg of the HSBC Classics Series. Craig started this weekend with two mounts, the more seasoned Wendela Jamie and Sandhills Brillaire. Yesterday, as trailblazer on cross country, Brillaire and Craig set the bar high for the rest of the field and only one other competitor was able to match his XC round. 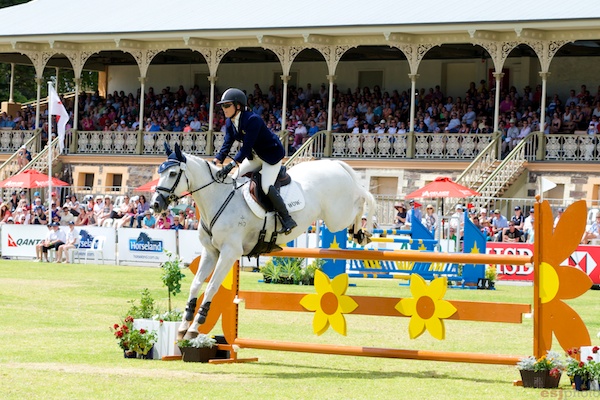 Nat Blundell & Algebra were 2nd in the Adelaide CCI4*.

Natalie Blundell and the nippy Algebra also had a faultless round that essentially left the two competitors in a two horse race for the Championship. Nat started her XC round only two rails behind Craig and, unfortunately, took two rails in the only jumping round of the day under time. 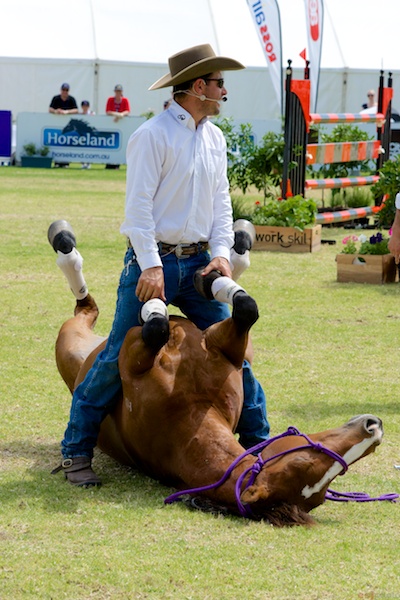 Those rails gave Craig a good buffer of 24. Craig’s steady round was faultless to the last fence, when he took out the HSBC plank. With 3 time penalties, he still held a comfortable lead and took a well-deserved win.
Craig has worked so hard at the top of his game for many years without bringing home many of the big titles. Today his luck changed and his greatest fan, his wife, Prue Barrett, was thrilled to see their work pay off. Nat Blundell and Algebra had another fantastic weekend, but it just wasn’t enough to beat Craig, who was in top form. 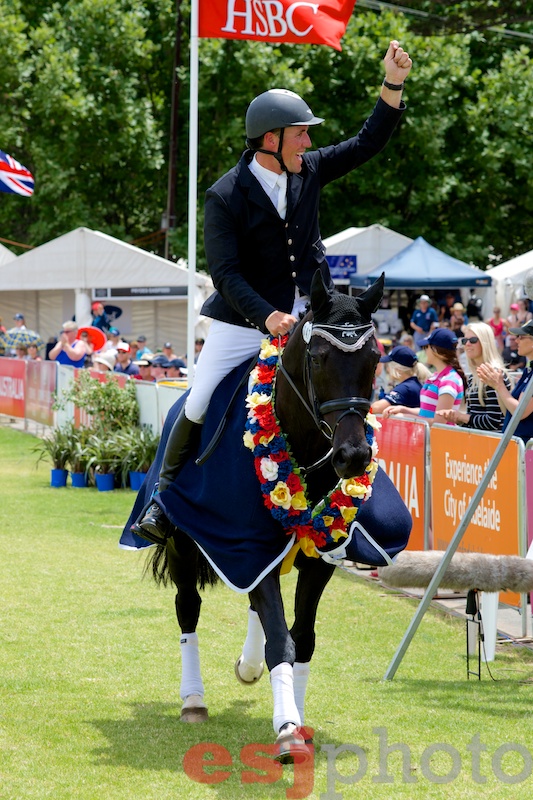 Wilhelm Enzinger & Flowervale Maserati are winners of the Adelaide CCI2*.

Earlier in the day, the small field was narrowed by one after John Twomey and Highly Recommended were spun in the jogs. John and his legion of fans were disappointed, but I have no doubt that we will see John reach great heights in 2013, and he will be knocking on the selector’s doors well before Normandy in 2014.
In the CCI2*, we had an upset before competition had even started, with Shane Rose withdrawing the leader, CP Qualified, overnight. So Wilhelm Enzinger stepped up into first place before the trot up and held onto it with both hands.
Final CCI2* results are here: Adelaide CCI2*
Wil looked fantastic in the jumping and his horse, Flowervale Maserati, was stunningly presented. He looked every bit the winner all day. Wil started his jumping round with just over two rails in hand and used both. Natalie Siiankoski will have to wait for another weekend to take away the prize money.
The two-star class lost a few overnight and in the trot, with only 35 of the 41 left yesterday commencing the jumping. The two-star class also played host to the Dublin National Young Rider Championship, which was won by Jaimie Stichel on Image Blue Ice. I must say, I have never seen a pair better matching with their adornments. 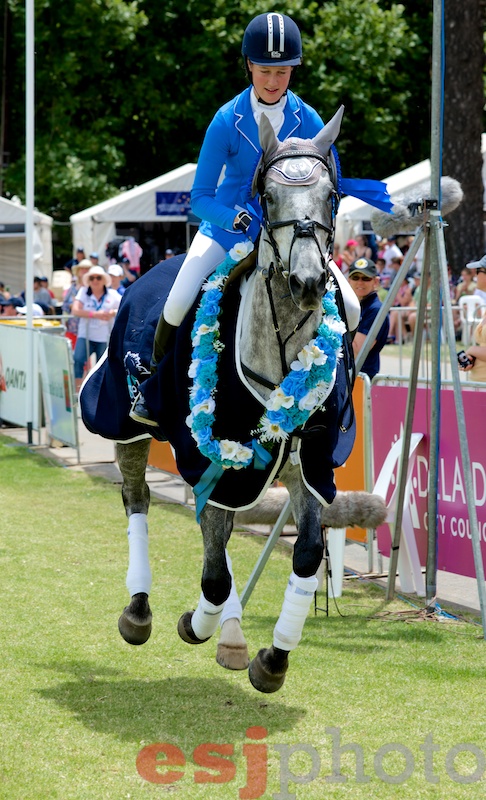 Another year and a fantastic weekend at Adelaide. The committee, volunteers, officials, the city of Adelaide, and the state of South Australia really know how to throw a party, and I want to thank them for their hospitality. As always, I will be back again next year.
Yours in eventing,
ESJ