It’s cross country day at #LRK3DE! The cross country consists of 28 numbered obstacles (45 total jumping efforts when taking all the direct routes) across 6,452 meters of the Kentucky Horse Park. The horses will have to cover the distance under the optimum time of 11 minutes, 20 seconds, or they will incur time penalties, 0.4 added to their score for each second they are over. Click here for a full course preview.

Derek di Grazia of the United States has been the course designer here since 2011. Derek currently designs many courses in North America, including both Bromont CCI4*-L and Fair Hill CCI4*-L, two key qualifiers for this event. He has also been designated as the course designer for the Tokyo Olympics next year. In years where the weather was nicer and the ground was good at Kentucky, as it was 2012-2014 and then again in 2018, the course averaged 24.2% of the field making the time. From 2015-2017, when the horses ran through rain or mud or both, only 5.53% of the field made the time.

The horses listed below fall into four different categories: horses who have been proven both consistent and fast at the CCI5*-L level, horses who are very fast when clear but could pick up a jump penalty, horses who consistently are clear cross-country and are fast at the 4*-S level but haven’t yet replicated that speed at 5*, and horses who have stellar 4* form and speed but the 5* is a bit of a question mark. With the weather being clear, there will almost certainly be a larger percentage of horses who make the time compared, similar to last year.

At five-star level, a cross country run that is clear and inside the time could potentially move you up many places, especially with the dressage losing some weight due to the removal of the coefficient in scoring. Here are the projections of horses who will make the biggest moves up the leaderboard tomorrow … or maintain their place at the top. 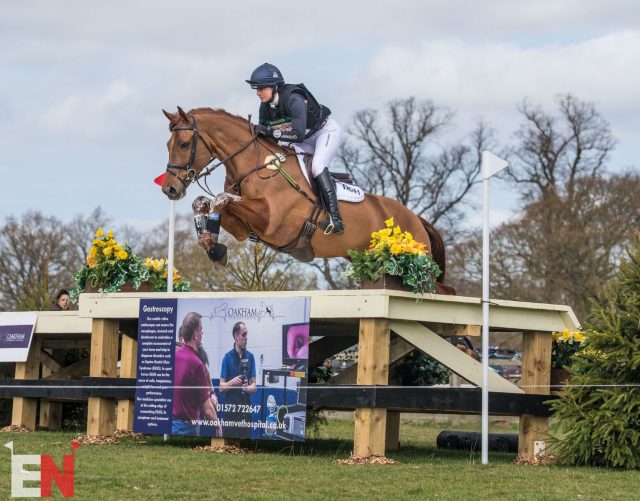 Piggy French (GBR) and Quarrycrest Echo: This horse has been stronger than ever since re-debuting at this level after Piggy returned from maternity leave. His only blips have come when he was fairly green to the CCI4*-L level at the 2017 Europeans at Strzegom, which had an enormous amount of trouble, and at Luhmuhlen in his first CCI5*-L, where it was judged he missed a flag but still finished within the time. In his last five cross-country runs, he has finished inside the time or as the fastest time in four of them. The fifth was his warm-up run for this event at Belton, where Piggy took her time across the country.

Potential Hiccups: In four CCI4/5*-L runs, Quarrycrest Echo has only two clear runs and he’s never seen a Derek di Grazia course. Piggy will need to be on her game to tackle his course, which can have a unique flavor to those who have never ridden around them. 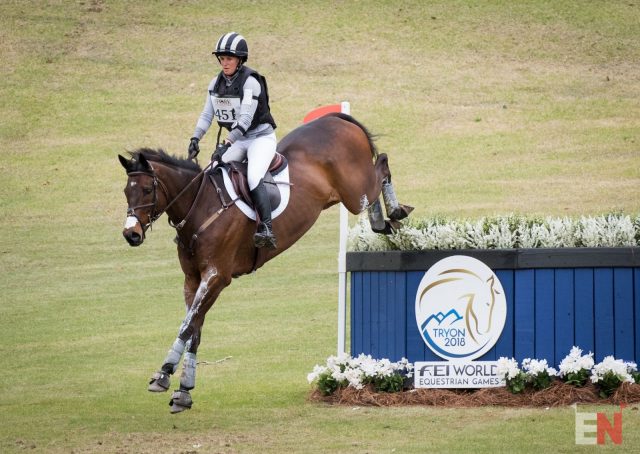 Potential Hiccups: A couple of time penalties (less than ten seconds worth) is a possibility, but a stop is unlikely. This pair hasn’t had a blemish on their cross-country jump record at A/4*/5* since way back in 2016. 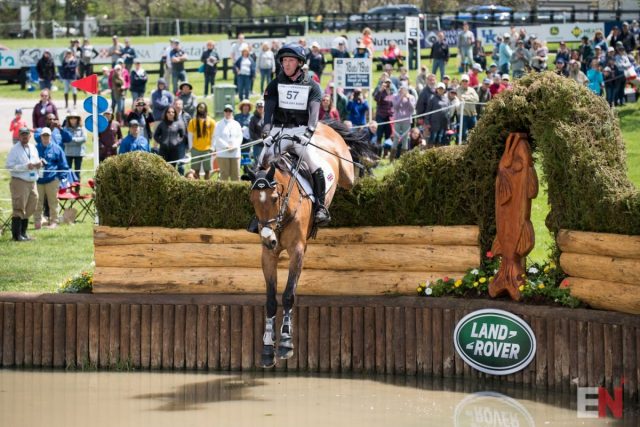 Oliver Townend (GBR) and Cooley Master Class: This horse had a sparse record last year and despite clocking in a clear round and winning Kentucky last year, it isn’t much more robust. In fact, Cooley Master Class hasn’t run cross-country at the A/4/5* level since Kentucky last year. Still, he won off even fewer credentials, and in his career has only two stops in thirteen runs at A/4/5*.

Potential Hiccups: Fitness. In case you missed it, his last top-level run prior to this was winning Kentucky last year. That didn’t exactly stop him from winning last year, though. 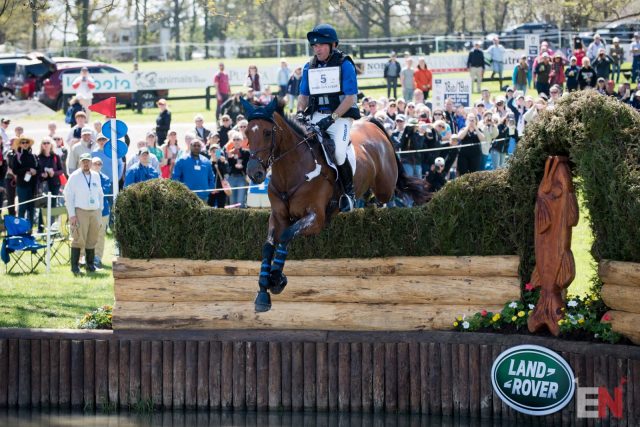 Phillip Dutton (USA) and Z: This horse has an incredibly clean record at A/4/5*, with no jump penalties and only one rider fall in his first year at the level. In four CCI4/5*-L completions, he has never had a time penalty save for WEG. At WEG Phillip had to ride clean for team purposes, so sacrificed some speed in favor of accuracy. When left to his own devices, the horse will make time because Phillip wills it to be so.

Potential Hiccups: Possibly a potential for time, depending on how much team orders contributed to WEG time penalties. 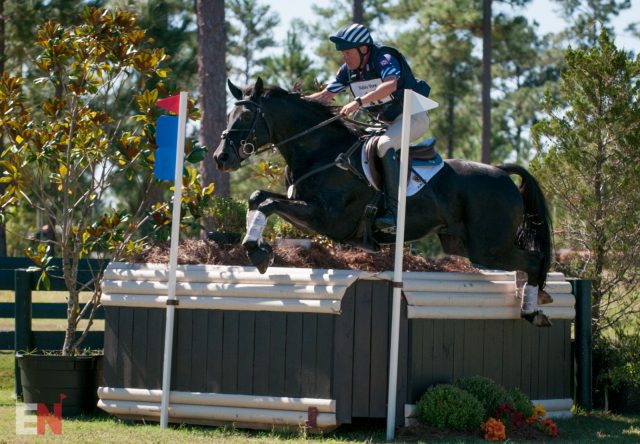 Boyd Martin (USA) and Tsetserleg: It’s difficult to look past a high-profile stop sometimes. Boyd and Tsetserleg have a very clean cross-country record; aside from an early career parting of the ways, these two have a completely clean record save for that one hiccup at WEG. The likelihood of them going around clean is pretty high.

Potential Hiccups: Time is this pair’s Achilles heel as they’ve only once made the time at A/4*/5* and never at the CI-L format. But when the weather is good, they have twice been within five seconds of the optimum time. 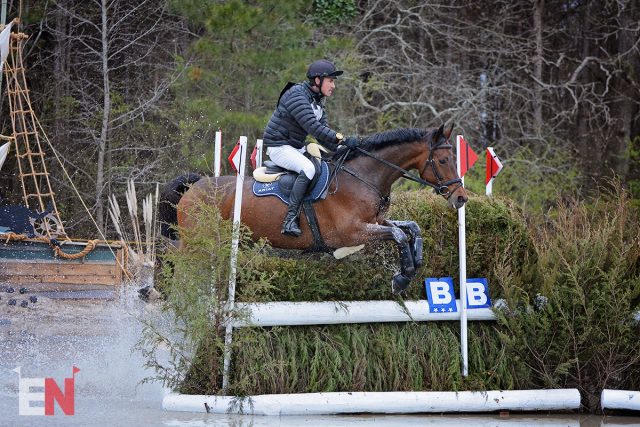 Felix Vogg (SUI) and Colero: Colero has been Felix’s main partner during his time in the States, and they’ve had great success over here…but also some problems. WEG in particular didn’t go their way, with a missed flag and two stops placing them well down the order. A stop at their subsequent event at Ocala Jockey Club didn’t help but they seem to have sorted the issues this spring, with clean runs at Carolina and The Fork

Potential Hiccups: Consistency over the jumps and time. This pair has only once made the time, at Carolina this spring where an unusually large number of pairs made the time, and their most recent run at The Fork marked the first time they even came within ten seconds of the fastest time of the day. Other than Carolina they’ve never been within ten seconds of optimum time, either. 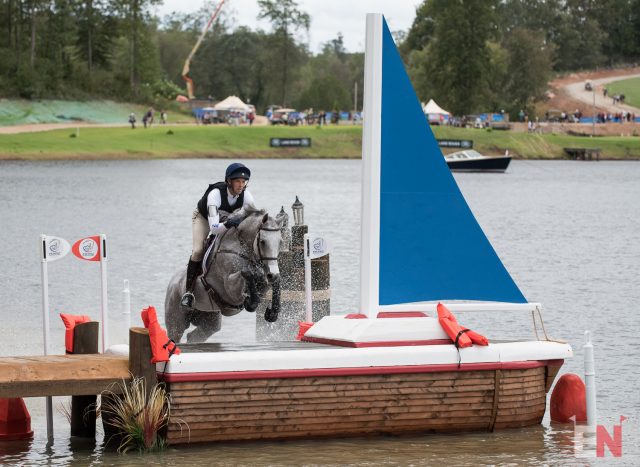 Will Coleman (USA) and Tight Lines: This is a horse who will likely either have the fastest round of the day on a clear round or will have stops. Tight Lines has no career stops at the A/4* level and has twice run clear and inside the time at CCI4*-L. He’s also run clear inside the time once at CCI5*-L, at Kentucky last year, and in fact has never had a time penalty at CI/4/5*-L when running clear. However, in three CCI5*-L attempts, he has twice had two stops; in his first attempt and at WEG last fall.

Potential Hiccups: Consistency over the jumps. 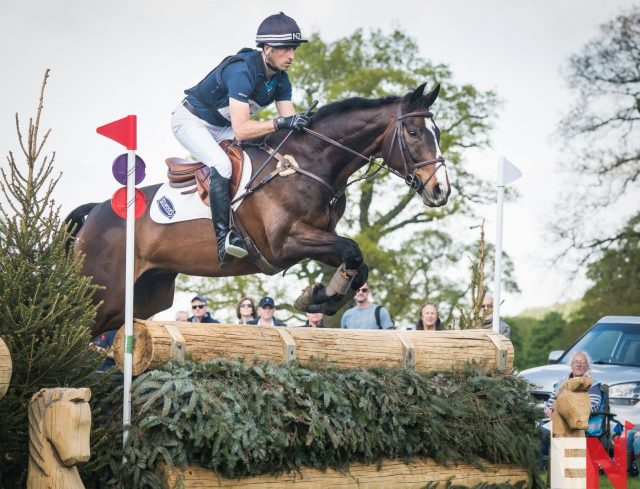 Tim Price (NZL) and Xavier Faer: Xavier Faer can be a brilliant cross-country horse, proving it with his Badminton run in 2017 that ultimately landed him third place. His record with Tim Price is fairly strong but the occasional stop and a rider fall have marred it. He’s struggled overall at the CI-L format at 4/5*; they have had issues at 50% of their six start in that format and only run clear once in three 5* starts. Having said that, if Tim goes clear on this horse, he goes fast; he’s only had four seconds of time over optimum in those three clear CI-L runs.

Potential Hiccups: Consistency over the jumps.

Others in this Category: Cooley On Show, Harbour Pilot, and Johnny Royale 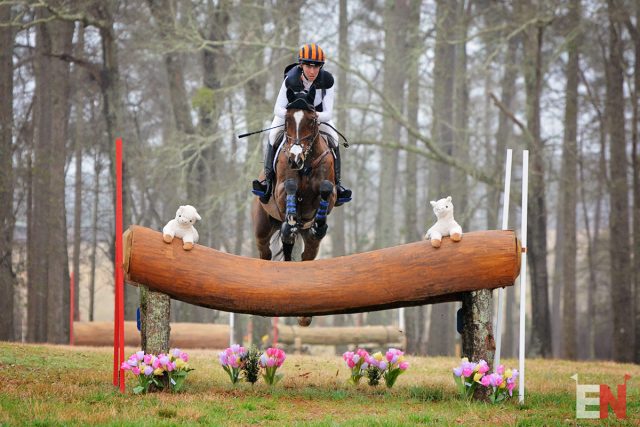 Liz Halliday-Sharp (USA) and Deniro Z:  These two had a lot of hype around them coming into this event and for good reason. Both Liz and the horse were on absolute fire this spring season. However looking at the numbers it’s hard to make an argument that this horse will make the time today. In his two CI-L 4/5* runs he has averaged 18.5 seconds over optimum and prior to this season had only occasionally finished even within ten seconds of optimum. But Deniro Z cantered around easily at Carolina and not only made the time but finished with the fastest round of the day, nineteen seconds under the time.

Potential Hiccups: Fitness allowing the horse to make the time. 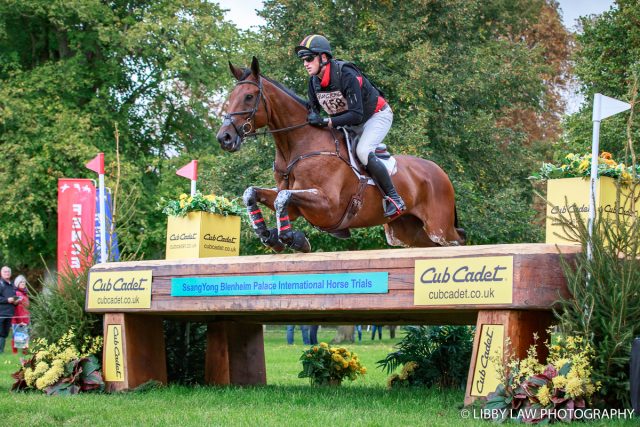 Doug Payne (USA) and Vandiver:  Doug Payne has really made this horse a contender in all three phases but their success at the A/4*-S level hasn’t quite translated to the CI/4/5*-L levels yet. This pair has two clear runs around Kentucky and while they have consistently made time at A/4*-S, their best pace at the CI4/5*-L format has been thirteen seconds over optimum.

Potential Hiccups: Fitness allowing the horse to make the time.

Others in this Category: Glenfly, Honor Me 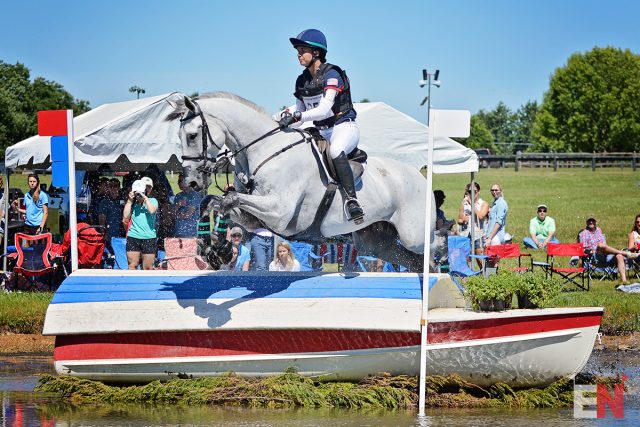 Caroline Martin (USA) and Islandwood Captain Jack:  This horse has struggled on the flat in his first year at the level and Thursday was no exception but he’s excelled in the jumping phases. In his two career CCI4*-L finishes he has finished within ten seconds of the fastest time of the day or under the optimum time and he’s never had a jumping penalty at A/4*.

Potential Hiccups: Experience. This is not only the horse’s first 5* but only Caroline’s third time leaving the start box at this level. She’ll also be the first to leave the start box today, and won’t have the advantage of seeing how the combinations are riding. 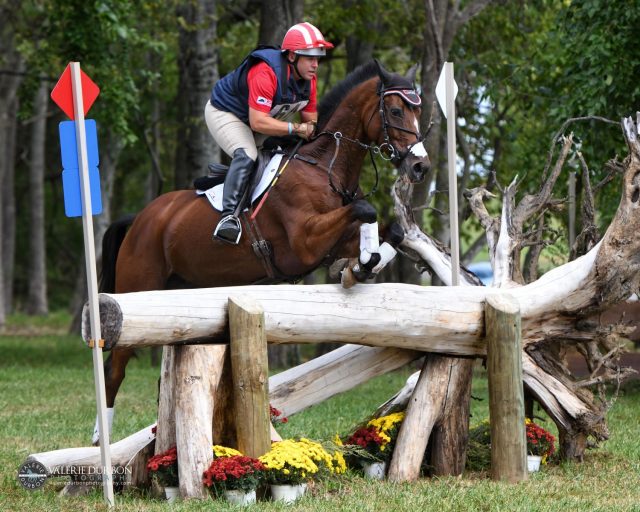 Buck Davidson (USA) and Jak My Style:  Buck and Jak My Style have an abbreviated career together but it’s been increasingly successful. In their only CCI4*-L together, they finished only one second over the time and have finished either with the fastest time of the day or within ten seconds of optimum in four of their six A/4* runs together.

Potential Hiccups: Experience. This is the horse’s first 5* and his career with Buck is not that long. 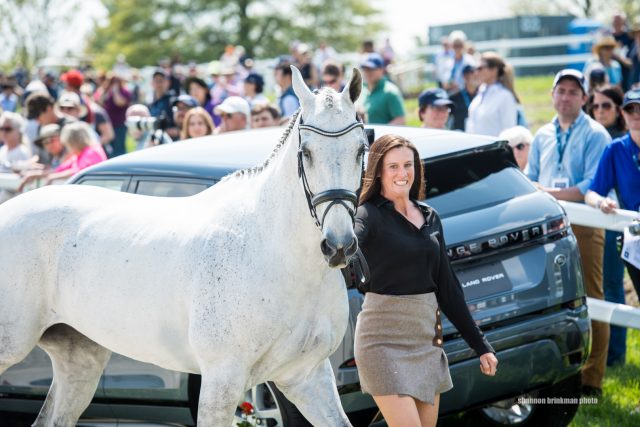 Lauren Kieffer (USA) and Paramount Importance:  Paramount Importance is a new partner for Lauren as of last year but he has been around the blocks, having previously been to the 2017 European Championships at Strzegom with Ludwig Svennerstal. Despite his experience, this is his first 5*-L, so he’ll be relying on Lauren to help keep his perfect A/4/5* cross-country jump record intact.

Potential Hiccups: Experience and time. This is the horse’s first 5* and he’s never made the time; it’s unlikely today is the day for that.