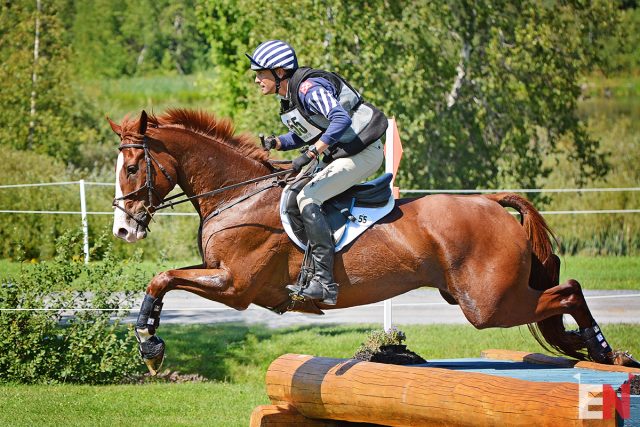 Cross country proved to be the deciding factor in the CIC2* and both CIC* divisions today at the Bromont CIC Three-Day Event, with time penalties shuffling the standings to give us new faces across all three leaderboards.

Boyd Martin had a solid day across the board here in Quebec, finishing all three of his CIC3* rides inside the top 15 and taking the win in the CIC2*. He piloted Denise Lahey and Pierre Colin’s Contestor, an 11-year-old KWPN gelding (Contango X Jer’s Princess, by Killer Jer), to the win on his dressage score of 32.2.

After overnight leaders Jessica Phoenix and Bentley’s Best were eliminated on refusals, Boyd and “Cortez” could afford to be 1 second over the optimum time of 5 minutes, 50 seconds and still take the win. But they didn’t need it, cruising around 2 seconds inside the time to seal the deal.

The win is especially impressive considering things did not go to plan for Cortez at Millbrook two weeks ago, where he was withdrawn following show jumping due to a rocky round. Boyd went back to the drawing board with his coach Richard Picken and very nearly took a victory lap yesterday after Cortez delivered a super clear show jumping round.

“It was a fantastic performance by my old mate Cortez. He’s had the comeback of all comebacks after a disaster at Millbrook,” Boyd said. “To come back and win at Bromont — it goes to show what two weeks of training can do. He’s a wonderful galloper and great jumper. He’s owned by the breeders, Denise and Pierre, and is one of their favorite horses. I’m very lucky to have them on board.”

Only four pairs made the optimum time in the CIC2*. Erin Sylvester and Frank McEntee’s Paddy The Caddy, an 11-year-old Thoroughbred gelding (Azamore X Slamy, by Grand Slam), beat the clock to move up from seventh after show jumping and finish second on 33.8. 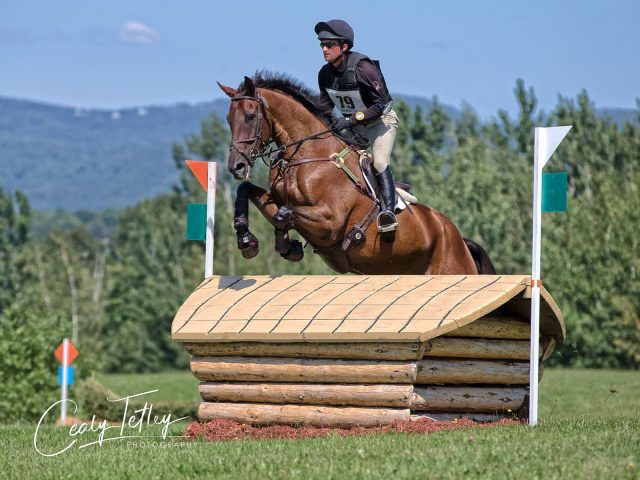 No pairs caught the time in the CIC*, but Waylon Roberts and Aletta Martin’s Wil Celtic Charlie delivered an impressive clear with 1.6 time penalties in the horse’s FEI debut to take the win on a final score of 28.0.

“Charlie,” a 6-year-old Irish Sport Horse gelding by Porsche, just stepped up to Preliminary level this season and struggled a bit in the extreme heat and humidity in his last run at the Horse Park of New Jersey.

“I did a lot of work to get him fitter and able to run a little faster, and he felt a lot better today,” Waylon said. “I walked all three courses, and for the level the fitness on the one-star was the hardest of the three; it had the most uphill pulls. I was 4 seconds over, and I really did go as fast as I could go on him.”

After winning his CIC* debut, Charlie will return to Canada later this month for his first CCI* at Foshay International, the country’s newest FEI event in New Brunswick. Waylon was on the fence about whether he would compete at Foshay due to the possibility of Kelecyn Cognac being selected for the Canadian World Equestrian Games team. Sadly, Waylon has withdrawn “Dan” from consideration for WEG.

“Dan just didn’t feel right in show jumping yesterday,” Waylon said. “It’s time for him to step back from the level. … I love the horse, and he’s done so much for me. It would be folly to keep pushing at this point, so we’re going to back off. He’s ready to go back down to a lower level.”

In typical kick-on eventer form, Waylon is staying optimistic and looking ahead to the future. Considering how well Charlie handled his first CIC* at Bromont, he is thinking of the horse as an option for the Canadian team at the 2019 Pan American Games in Lima, Peru. 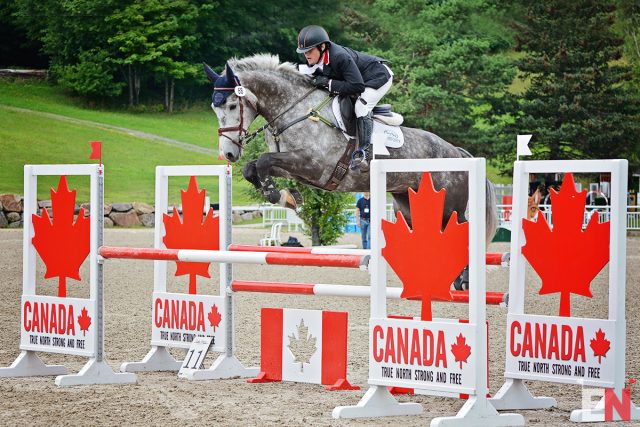 Four pairs beat the clock in the CIC*-Under 25 division, with Cole Horn and Cooley Sligo storming around 10 seconds inside the time to take the win on a final score of 33.5 in the horse’s FEI debut.

Cole has produced “Sligo,” a 6-year-old Irish Sport Horse (Sligo Candy Boy X Town Land Pride, by Townrath Pride), from a 4-year-old and said he was thrilled with how the horse handled Derek di Grazia’s course.

“Everything rode really well. I just stuck to my plan that I had going into it and came home well under the time with that,” Cole said. “There was no hesitation from him. He was in it for the whole run and kept on going.”

Cole has worked for Ryan Wood for nearly three years and said he has been instrumental in helping to produce the horse to this point in his career. “Ryan has taught me everything I know about how to ride cross country and show jumping,” Cole said. “I wouldn’t be anywhere without him.”

Sligo will be listed for sale soon as Cole works to build the funding to ultimately start his own business. He is looking forward to producing his next superstar, 4-year-old MBF Cooley Permission to Land, who is gearing up to compete in his first event this fall.

That’s a wrap on Bromont! Stay tuned for some special editions of Who Jumped It Best. Click here to catch up on all of EN’s coverage. Thank you to Sue Ockendon and her fantastic team for a super weekend in Canada. Go Eventing.