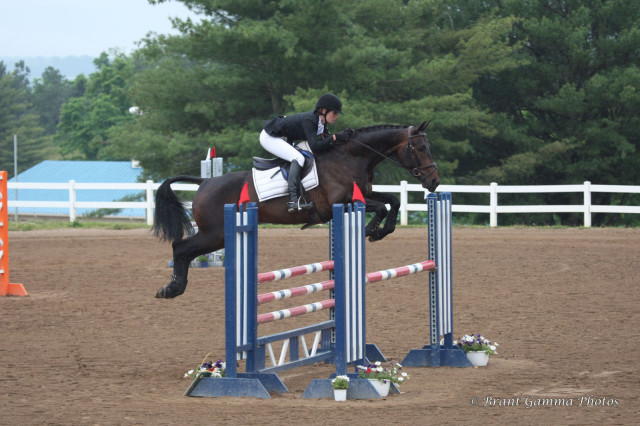 The week Garth and I were to leave for the Virginia Horse Trials, I received a phone call from someone I love dearly. As a child, they told me I could be anything I wanted to be — their only request was that I be happy and able to support myself (financially).

Just days before our CIC** debut, they asked why I wasn’t selling Garth due to his higher value and the greater competition costs. They did not understand why I would continue competing Garth when I could compete at the lower levels.

I was crushed. Not because of the thought of selling my Baby G, but because they no longer recognized the rarity of making it to this level on a self-made horse. Though I know this conversation was based in love, it was also based in fear, and fear is the antithesis of success and fulfillment. With one question, they had broken my heart.

Days later, Esccord RGS and I headed to Virginia. We had a fabulous weekend, and Garth and I were confident at this new level. I have much to learn, and Garth continues to show his virtue as a once-in-a-lifetime partner. He very honestly came to a sudden stop at takeoff on cross country when asked to jump through a split tree as if to say, “You want me to WHAT?!?” We then continued on to have a fabulous ride over the rest of the course. 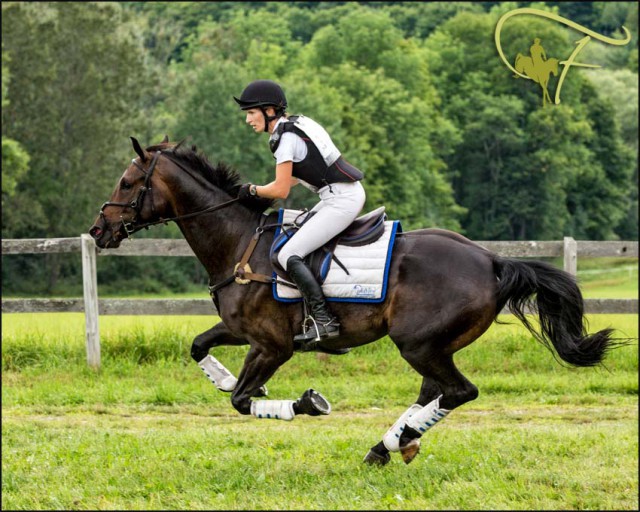 I am very proud to say that he may have been the fittest horse at the competition, with his heart rate dropping from 120 to 60 in the 10 minute box. I have much to learn, and Garth continues to show his virtue as a once-in-a-lifetime partner. At times, he has carried far more than just me on his back — but the weight of my world as well. He is the horse I dreamed of as a child. In 2017, we will strive to be more competitive among this elite class of competitors.

For many, a dream remains just that — a dream. For a rare few, that dream evolves into a goal and may become a lifelong pursuit. When I was 7 years old, I made a commitment to myself and my dream became a goal I would pursue with every opportunity I was afforded. With abundant thanks to Garth, and those who continue to love and support me, never questioning my goal, I am now one step closer.

If you have a dream, I would encourage you to hold on to it, embrace it, and nurture it. Ensure that it remains a part of your life and resonates within you to whatever extent is meaningful to you. As our lives evolve, so do our dreams. And the dreams of a child may not translate to those of an adult. To this day, Roger is the only family that has never questioned my goals. He has never suggested other pursuits. He has been steadfast, supportive, and my rock in times of uncertainty.

Garth and I have many sponsors to thank for their support and continued efforts on our behalf:

Vincent and Carly Eddahri of Sagmae: Vincent and I met at the 2012 4yo YEH National Championships at Fair Hill. Over the years, he has been a priceless resource regarding saddle fit and technology. I am thrilled with my “Blue Ferrari” Butet monoflap and bridles, and Sagmae equipment! Garth, Roger and I consider this team dear friends of ours, and they have been instrumental in our success.

Andrea Manley: Over the last year, Andrea has become a very close friend. Her generosity of spirit and knowledge have served as an irreplaceable resource for all things Stubben  (thank you for allowing me to trial the Aramis for our dressage test!), Cavalor and Lucerne. My tack room is constantly host to the newest Stubben design, and she helped many of my clients with saddle concerns with impeccable care. Cavalor has played an integral role in Garth’s health and fitness, and Andrea is solely responsible for the beautiful pairing of feeds that meet the nutritional and wellness needs of my very special boy.

Myhre Equine Clinic: Dr. Grant Myhre, and his wonderful team know me all too well. They are my go-to specialists and have always been advocates for my horses. Their precise diagnostics and treatment plans have allowed Garth to heal from past injury without any residue. Thanks to them, I can continue to train without worry and look to the future without limitations. They are an exceptional team of professionals and horsemen.

PadPerfect: Their wonderful pads stay in place, sport our signature blue, and have worn beautifully. In all these years, I have never had to replace them!