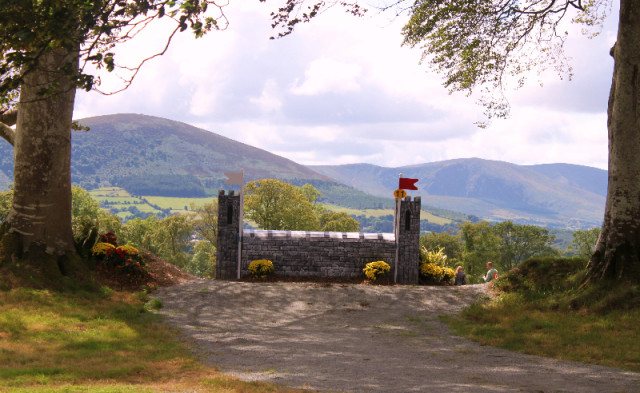 Millstreet CCI3* in Ireland will be a new targeted event for Team USA in 2016. Photo by Marianne Van Pelt.

David O’Connor outlined his proposed 2016 plan for the U.S. eventing team as we look ahead to the 2016 Olympic Games in Rio de Janeiro in today’s session for the High Performance riders at the 2015 USEA Annual Meeting & Convention in Washington, D.C.

The proposed plan is still pending approval by the USEF Eventing High Performance Committee, which meets later this afternoon. If the committee approves the plan, Team USA will look to target the following overseas events next year: Tattersalls (but only as a back-up CCI3*), Bramham, Aachen, Millstreet, Burghley, Blenheim and Boekelo.

Tattersalls, which is usually held at the end of May, had originally been tapped as a key targeted event for Team USA in 2016, but that’s changed with it falling a week later on June 2-5 next season. David is now seeing Tattersalls as more of a back-up option due to the later date, which places the event just nine weeks before the Olympics.

Bramham is another event that Team USA has been targeting more in recent years, but it’s likely not going to have as much emphasis next year due to the fact that it falls on the same week as Bromont (June 8-12). It does still appear on David’s proposed plan for 2016 and is one of the final U.S. selection trials for the Olympics.

Aachen CICO is back to its usual spot on the calendar and will be held on July 14 and 15 next year. That’s a week after the inaugural U.S. Nations Cup leg at Great Meadow, which will serve as a mandatory outing for the riders that are named to the U.S. Olympic team.

While Aachen won’t be a targeted event for the Olympic team horses, it will still play a key role in next year’s High Performance plan. “It’s realistically one of the best horse shows in the world. You feel like you’re going to a major games every time you go,” David said. “This isn’t a developing trip. You’ve got to go there with an A-game.”

The show jumping for eventing at Aachen was held in a smaller grass field this year due to the event running concurrently with the FEI European Championships in other disciplines, but the show jumping will be back in the impressive main stadium next year.

“There’s a lot of atmosphere, and the cross country feels very fast. It’s an aggressive, fast course,” David said. “It has it’s own pressure, and it’s good for us to be in a team environment under that pressure.”

David is proposing that the team use Millstreet’s new CCI3* as a developing trip for less experienced overseas competitors. The event is held in Ireland and scheduled for August 24-28 next year. Mike Etherington-Smith has built a top-notch cross country course there; click here to read comments from him in a Millstreet feature we ran earlier in the year.

Burghley, Blenheim and Boekelo are all events where we regularly see U.S. riders compete, and we’ll see Team USA at these competitions once again in 2016. You’ll notice that Pau is not on the plan for targeted events; since it falls on the same weekend as Fair Hill next year, it won’t be a focus for the team.