Canadian reader Denya Massey is in attendance at the 2013 Royal Agricultural Winter Fair, in Toronto, Ontario.  Each year the Royal hosts an Indoor Eventing competition that’s always a big hit, and this year is no different.  Here’s an account of Friday’s action, with a few photos and video interviews as well.  Many thanks to Denya for writing, and thank you for reading. 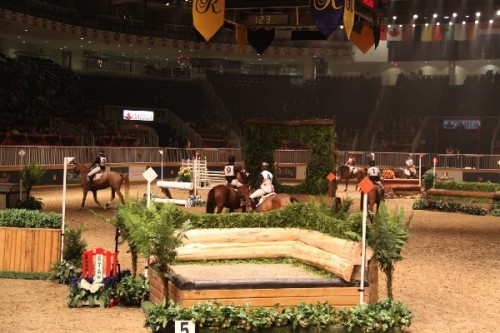 The Horseware Indoor Eventing class at this year’s Royal seemed more like a playoff game in one of the arena sports like hockey or basketball –the roar, the thundering music, crowds on their feet –than a horse jumping contest. It was LOUD! Not only did the horses and riders have to cope with the vibration and energy of an arena sport, but consider they usually compete in a respectful silence. The class didn’t start until 11:05pm, though the riders were up early for “schooling privileges” at 5am, so it made for a very long day.Yet despite that, all the horses put in a great effort, and had an average time of roughly 70 seconds over 15 obstacles, with fences built to encourage horses and riders to push hard. The crowd roared its appreciation with every big effort…and only a few gasps at some of the heroic but scary ones!

Only 7.82 seconds separated the winner from the last-placed horse, including those four horses with the 4-second penalty, and the course demanded very precise riding with quick clever turns. Kendal Lehari on her mother’s horse Daily Edition won the class with sharp riding on an experienced campaigner, and thwarted Waylon Roberts plans – at least on the first night – of winning the class yet again. Ed was responsive, brave and showed the advantage of a long partnership with Kendal. Lindsay Beer, 2nd place, had never done indoor eventing, even though El Paso has once. Two riders came from Britain, Oliver Townend and William Fox-Pitt, who were on horses generously loaned to them for this class, and both were going super well until each had the last rail down, a sneaky square oxer with rails that very nearly matched the colour of the footing. Still, Kendal had the better time, even without the 4-second time penalty for a knockdown. In his video, William said he was impressed that the crowd was so loud that he wasn’t sure if the bell had rung – he had to look up at the timer to make sure his time hadn’t started! The horse that put in the hugest jumping efforts was Jess’s mare Abbey – they probably lost time because Abbey “took so much air!”

All the riders complimented Capt. Mark Phillips’ course, noting it was demanding because of the speed required, but a fair test with a bounce bank, keyhole, corners, rails, a wooden pig and big sloped spreads.Tomorrow night (well, tonight as it’s now 2 am!) will be exciting, because the combined scores will determine the overall winner. If indoor eventing comes to a neighbourhood near you, go see it! 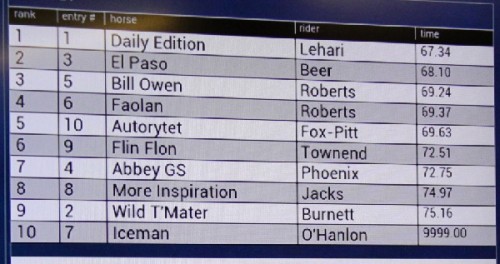 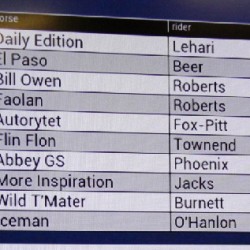 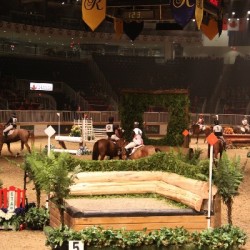 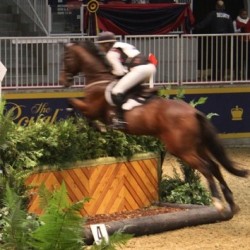 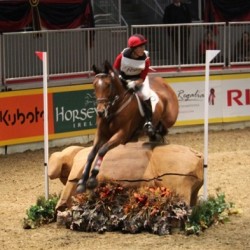 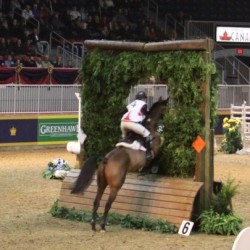 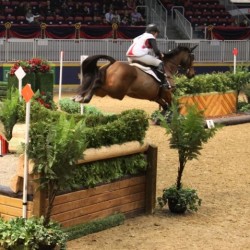 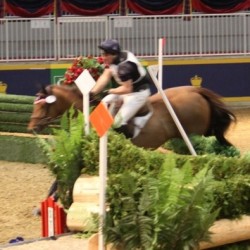 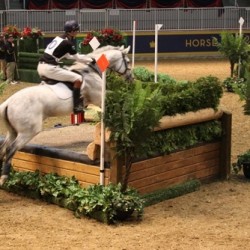 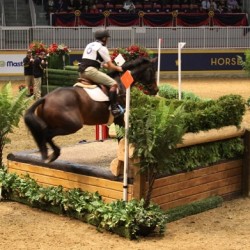 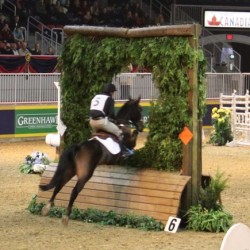 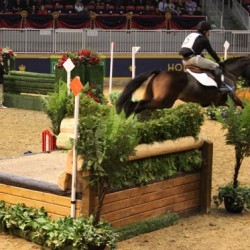 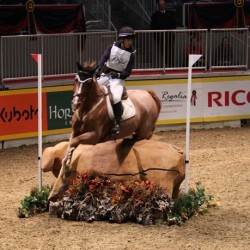 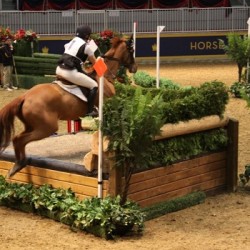