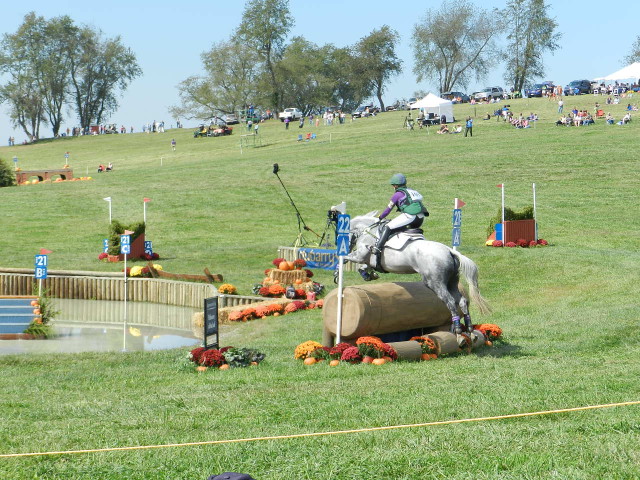 Live video streaming and television is all important.

The International Olympic Committee wants all sports to have big followings and lots of drawing power for world-wide video streaming and live TV. The reason is money. They promise big numbers to the TV production company and extract big money from them for that promise. So the sports must deliver the fans, be so good, so competitive, so wild and crazy or fabulous that many, many people all over the world watch, glued incessantly to their screens.

That’s what world eventing has fallen into, and why we are facing the tweaking, endless discussion, zany proposals, wacky ideas and puzzling name changes. It’s a committee trying to market a sport for the sport and make the sport fit into the formula that has worked in the past for all other sports. So what is the next step and who gets to make it?

I have to feel sorry for the top end riders in our sport because they don’t really know what they are preparing horses for right now. A really short, tight, tough dressage test with a really fast, intense, difficult cross country and not one testing stadium course with airy, blow-a-breath rails on a tired horse, but then two courses back to back.

To top it all off, you’ve got to sit around inside the stadium and hope to stay out of the way of a rider on your team competing. Even if an upper level horse’s ideal prep would not include standing around inside a stadium of cheering people for 15 minutes just before you get to jump the most important round of your life. (Who thinks this crap up? Do they RIDE?)

So let’s all take a breath and remind ourselves of our eventing sport that we know and love in our regions and neighborhoods. It’s still good and it’s still fun, and it’s still the best thing you can do on a horse. The International Olympic Committee isn’t going to screw up my ride this afternoon on my horse, and it’s not going to wreck yours, either.

I would rather that the upper level riders I know not have to stress over drastic changes, and my sincere hope is that horses are not further subject to poor management and physical difficulty due to rule changes. I think our leaders are thinking about that and looking out for horses. I’m not sure the International Olympic Committee is, but then again, they rarely seem to think about anything logical when it comes to eventing.

It might be that in our lifetimes, we may see our sport dropped from the Olympic roster. I’m not wringing my hands over that scenario, but I can see why some would find that concerning. The point is, right now, they need the sport to change to stay. What will happen? We don’t really know. But I think that change to our sport at our level, in our backyards, will not be drastic and will not be illogical.

Change is inevitable but I can’t see us going crazy at Novice. Although I think it would be fun in a team championship to have all of your teammates and you ride in and jump the course with all in the ring. You could be sure of at least three teammates cheering for you!