Doug Payne isn’t just riding at Saumur this weekend — he’s bolstering U.S.-Chinese relations! Well done on the diplomacy, Doug. Read Doug’s blog for his thoughts on the day at Saumur, including welcoming fellow American Liz Halliday-Sharp and Fernhill By Night to the grounds and touring the beautiful Château de Saumur. Many thanks to Doug for blogging! 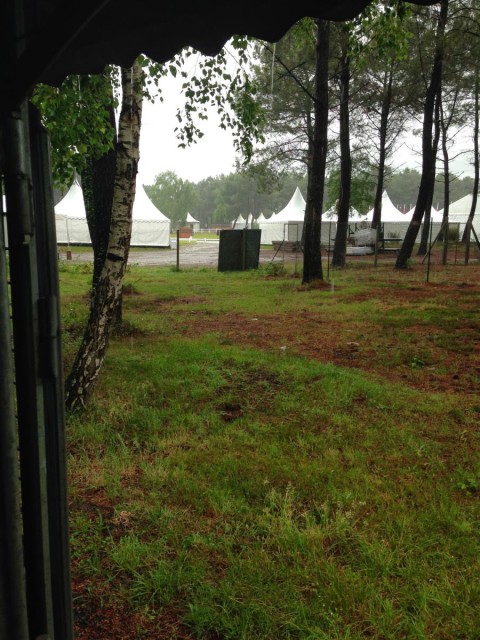 The rainy view from our tack stall towards the main ring. Photo by Doug Payne.

Well, unfortunately I have to report the rain arrived today … It had been spoken of for a few days now, but it arrived with a vengeance. After feeding in the morning, I took Tali out for our typical morning time ride. Funny enough, I think he feels at home in the tent stabling. As I had mentioned yesterday, he just seems much more settled and comfortable. He was very good in the practice arena, as well as on our leisurely walk around the property. 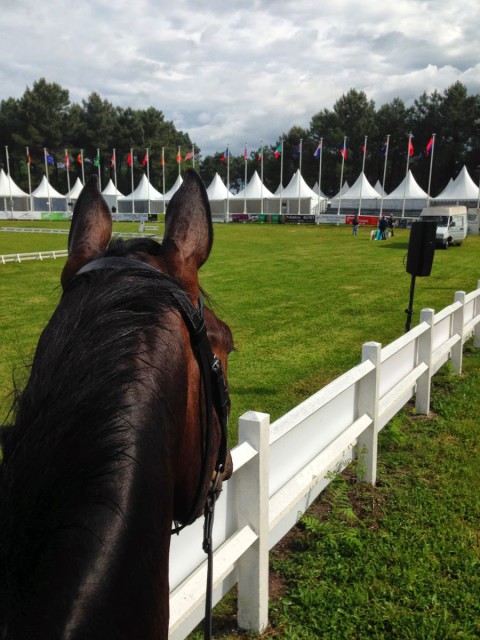 Tali checking out the main arena at Saumur. Photo by Doug Payne. 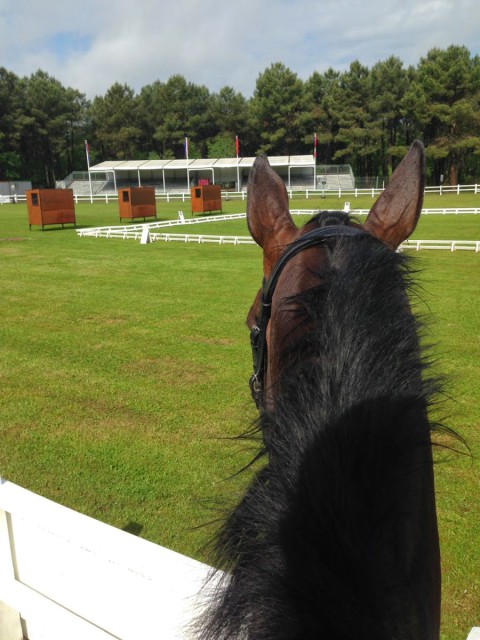 Tali hoping that he hears some good scores coming from these come dressage day. Photo by Doug Payne. 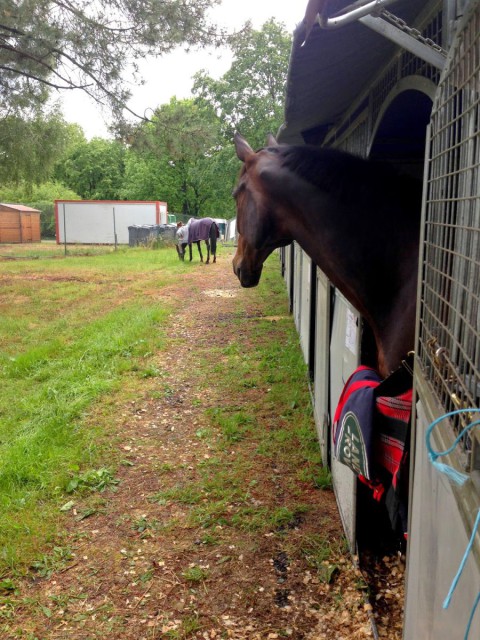 Tali checking out his new neighbors. Photo by Doug Payne.

After getting Tali cooled and dried off, our American neighbors arrived! Liz Halliday-Sharp and “Blackie” were a very welcome English-speaking addition to our barn. After catching up for a few minutes, Michelle and I again headed into town for lunch and a little tourism. We ventured up o the Château de Saumur, which is the castle in direct view from our hotel. Again another beautiful example of architecture and history, and the view from the top of the hill was stunning! It’s staggering to think all of this was constructed by hand — amazing. Due to renovations, we were unable to go inside, but the trip was well worth it regardless. 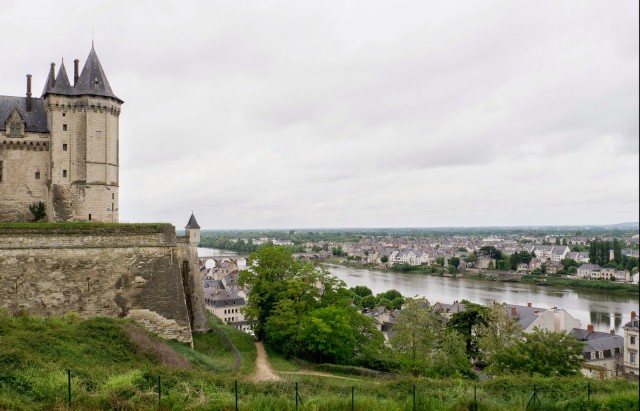 The view from Château de Saumur. Photo by Doug Payne.

We headed back to the show grounds and met up with a jet-lag weary David O’Connor, as well as our neighbors to the “left.” I’m happy to report that we’ve resolved our international differences, at least for the weekend. In all seriousness, Alex Hua Tian finished out our barn. Coming from the UK, Alex et al arrived just a few minutes after Liz. 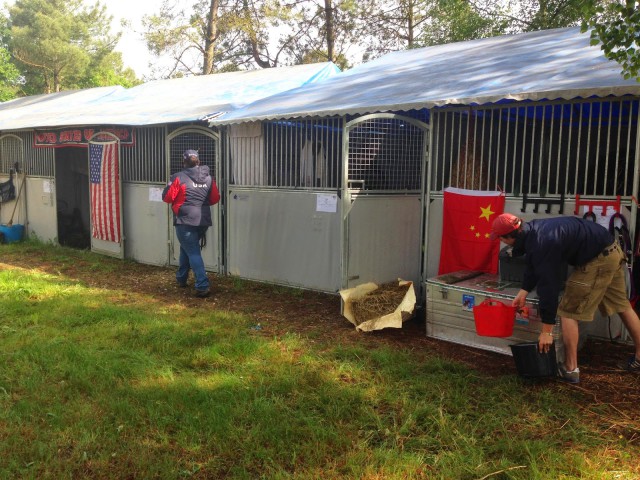 Tomorrow I have a lesson planned for 8 a.m. with David; 9 a.m. in the main stands will be the briefing and draw. Just following will be my much anticipated first cross country course walk. Pictures to follow; from what I can see from outside the roping, it looks great.

Until tomorrow … Feel free to post questions below that you might have. I’d be more than happy to answer whatever is on your mind.

Don’t forget to get your copy of The Riding Horse Repair Manual by clicking the cover image below! 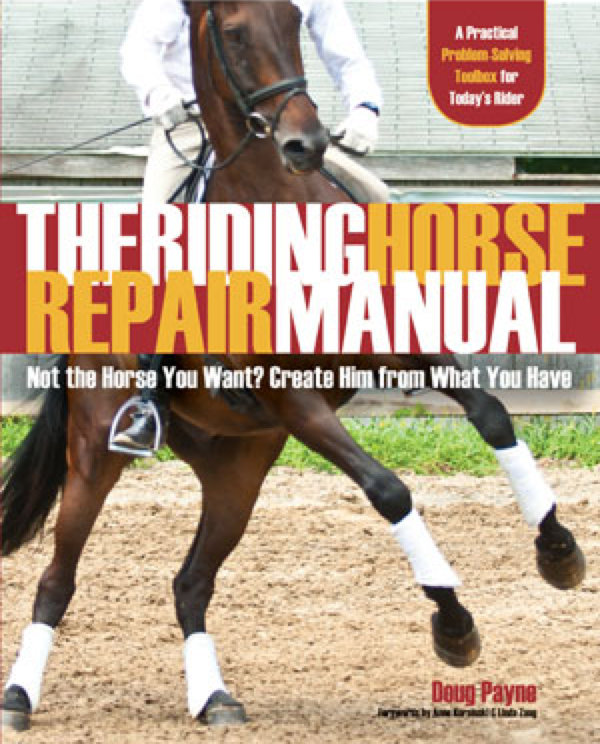