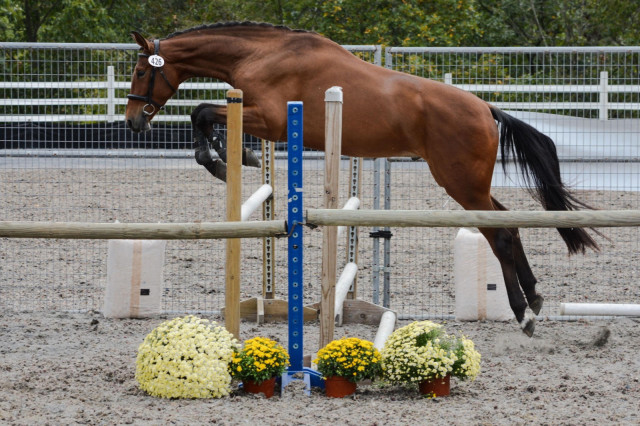 Loch Moy Farm in Adamstown, MD was buzzing with excitement on Thursday for the USEA Future Event Horse East Coast Championship, presented by Priefert. Handlers, owners and grooms were up before the sun making sure every inch of their horse was spotless and ready to be presented before the judges. Braids were fixed, legs were scrubbed and bridles were cleaned until they shined.

A rather cold and brisk morning led to some entertaining antics from the young horses, but none the less they all strutted their stuff under the careful eye of the judges. The three year olds were judged by Robin Walker and Phyllis Dawson while the yearlings and two year olds were judged by Samantha Allan and Susan Graham White. The competition was definitely impressive, showcasing flawless trots and incredible builds on these future stars.

Stephanie Ormston’s Beall Spring Shamrock, an extremely impressive Swedish Warmblood colt by Shakespeare RSF and out of Sahara, swept the overall 3-year-old class by a huge margin, with a combined score of 86.988. Handled expertly by Martin Douzant he dominated in hand, scoring 83.175 and then went on to get an incredible score of 90.8 free jumping. This young horse (bred originally for dressage!) is most definitely one to watch as he climbs the ladder to stardom. 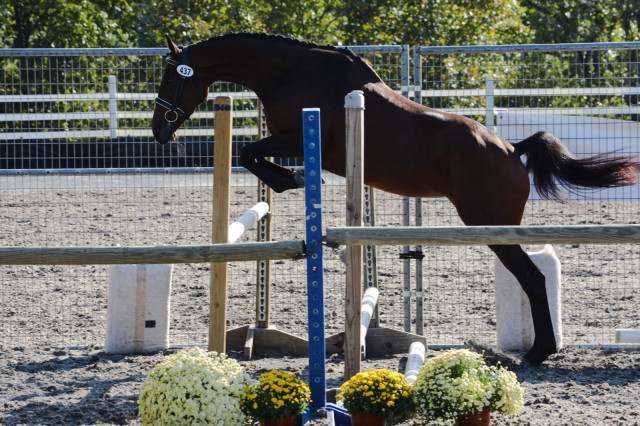 Taking second overall for the three year olds and topping the 3-year-old fillies division was Slim and Trim, owned and handled by Sabrina Morris. Slim and Trim, a beautiful Thoroughbred filly by Jump Start and out of Buff Girl, gave a beautiful performance with an overall score of 83.79. In an event filled with Warmbloods and sport horses this was a very exciting result for Sabrina and the world of Thoroughbreds. Slim and Trim had an 81.25 in hand and an 86.33 in the jump chute.

Third overall for the the three year olds was Modern Art, a Connemara Filly (ArdCeltic Art, My Little Khieba) owned by Justine Ix. Modern Art had a final score of 82.791. This wonderful filly scored a 76.375 in hand and an incredible 89.208 over fences, the second highest jump score of the day. 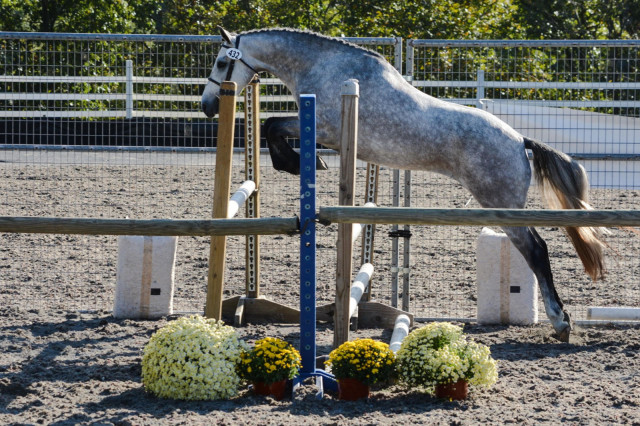 To follow, Lambrecht ASH was the fourth placed 3-year-old with a score of 81.043, and Frame Gandalf finished fifth among the three year olds. Click here to view full FEH 3-year-old scores.

Wise Master Rubelk was the 2-year-old Overall Champion on an 80.6. This is an Irish Sport Horse by Shamelk, out of Master Ruby and owned by Ronald Zabala-Goetschel. Ronald had a total of 15 horses in the championship, six of which competed in the the 2-year-old classes and placed competitively.

Overall 2-year-old Reserve Champion was Wise Gem Twistess, a Thoroughbred cross filly by Gemini, out of Contessa Z. She is also owned by Ronald and earned a score of 77.725.

Third overall in the two year olds was Wise Bolero Du Rouet, an Argentine Sport Horse colt by Balou Du Rouet and out of Baral Obera. He finished with a 80.6. Way to go Ronald and Wise Horse Farm for a spectacular show of horses and a great turnout for the Future Event Horse series! 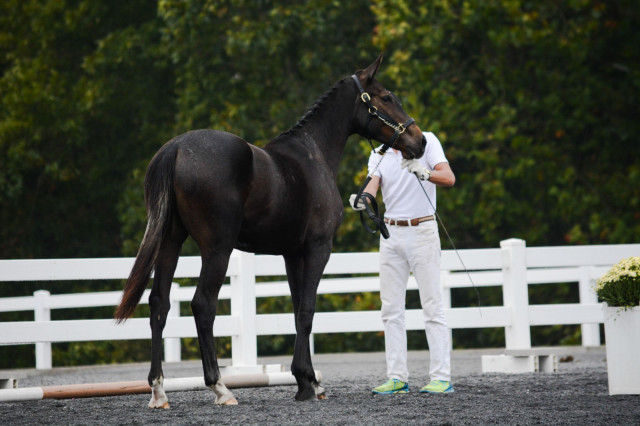 In the yearling classes, the overall Champion was Lanthan Lights C, a Hanovarian colt (Lanthan, Winter Morning) owned by Laurie Cameron. Lanthan Lights won with a 78.705 and is a very impressive prospect. Laurie has been a longtime supporter of the USEA Future Event Horse Series with several of her horses currently competing at the upper levels, and we think it very likely that this colt has an incredible future ahead of him.

The Yearling Reserve Champion was Karmas The Best, a Dutch Warmblood filly by Farrington, out of Dolly D and owned by Jason Racey. Karmas The Best had a score of 77.3.

A huge thanks to Loch Moy Farm for a spectacular event! Always an incredible venue and great staff to keep everything running smoothly. And of course events like this wouldn’t be possible without the great volunteers and sponsors that support eventing and our future event horses.

Great job to all handlers, owners, grooms and breeders for showing us the future champions of our sport. I know on behalf of myself and the rest of the eventing community we are so excited to see them grow and develop in the following years. Best of luck! 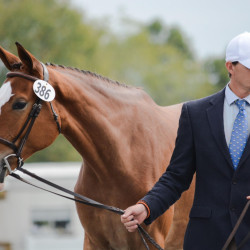 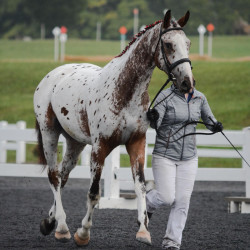 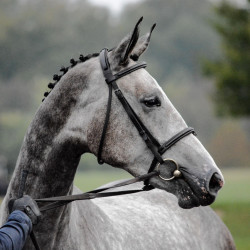 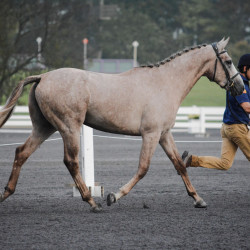 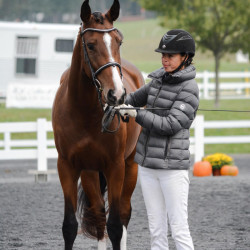 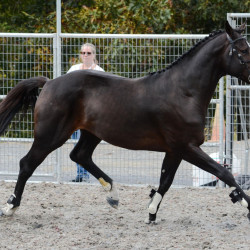