William Fox-Pitt was in Madison for the Wisconsin Dressage & Combined Training Association’s Eventing Symposium over the weekend, November 4-5, 2017. Eventing Nation’s Amy Nelson was there to recap highlights from the symposium, and she seized the opportunity to sit down and chat with him about cross country questions, horse show nerves, and why eventing is still a thrill. 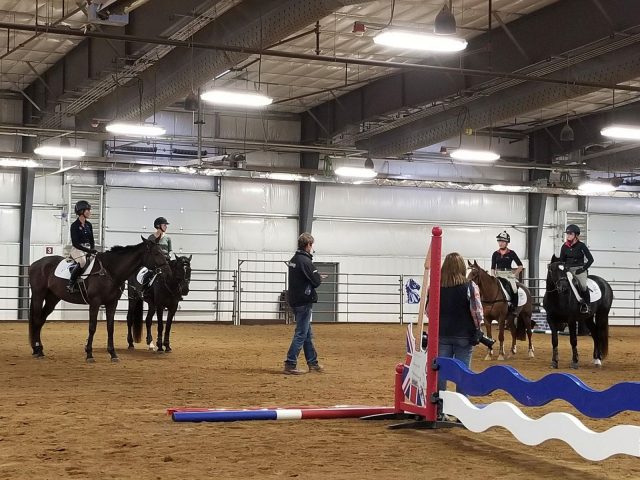 Throughout the symposium William answered audience questions between groups of eager riders, and this was extremely educational. A few talking-point takeaways …

Since the symposium was in Area IV, where we face a long winter as eventers, the topic of how to deal with the off-season came up. In England, they have winter. Not like in the Midwest, William laughed, but still. He described his training routine over the colder months, including six weeks of “holiday” for his horses. It’s a fact. It takes six weeks for a horse to recover from strenuous work. Why not give them six weeks off? He explained that during the winter they let the horses get wooly and just be horses. Because, after all, a horse is an animal. Let their brains rest.

In answering one audience member’s question of, “How is eventing in the UK different from the U.S.,” William mentioned our extreme weather here. I never really thought about it, although in Illinois we can go from -10 actual temperature in the winter to 115 degrees in the summer. And I know we are not the most extreme state in the country! He also talked about how every show is so far, and you spend so much money in fuel and time to get there.

Training Outside the Box

“Not everyone has access to beautiful jumps like these,” he said as he gestured to the Jump4Joy stadium and indoor cross country fences in the Alliant Energy Center. You jump what you have available. Jump a dust bin or something weird. Jump chairs or whatever in the field. Jump without the fancy flags so when you have flags it’s just a bonus. I loved this.

He described how loads of his training is done outside, on hills, and in fields. As trainer with a small farm, I found this amazingly refreshing. Sometimes it’s easy to focus on what you don’t have, but this four-star rider provided a wonderful reminder that it doesn’t have to be fancy to be effective. Lead changes should be taught outside in field. There’s less pressure on the horse than in a 20m by 40m arena. Use hills, tons of walking and long hacks to train your event horse. 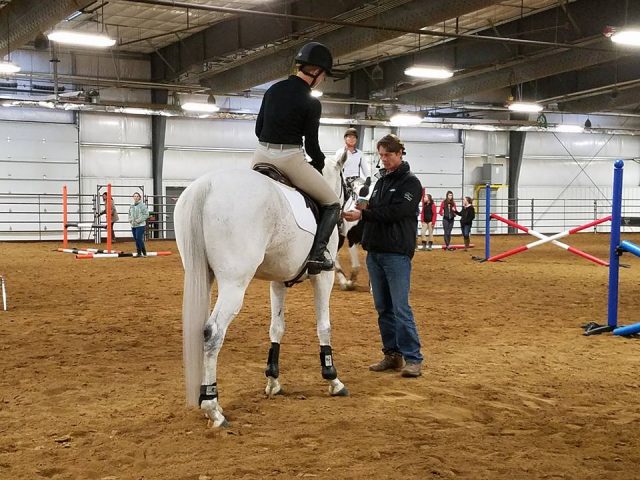 William explained the key to a successful warm up at an event as well. He admitted that warm-up arenas can be utter chaos, but advised, Forget all the parents and trainers. Just think about yourself and “get on with it.” This became one of his favorite phrases throughout the weekend. He suggested that riders jump a couple jumps, and one at speed, then go in the ring.

He also said if you have a horse that gets too spun up in the warm up ring, before cross country, that you should warm up earlier in the day and simply go straight to the start box from the stables when it’s your time. Time it out. But your horse will be more rideable.

And the key to success is have a plan and stick to it. Don’t change your plan at the last second just because you’re nervous.

William sat down for a one-on-one with Eventing Nation’s Amy Nelson, during which he discussed why he keeps going after all his successes and struggles in the sport, what is his least favorite cross country question, what advice he would give to up-and-coming eventers, and he even participated in the #DropFaceChallenge. Take a look:

Eventing Nation challenges you! Post a photo or video of you doing a face that you would make over a drop using the #dropfacechallenge. Because we all get nervous, so let’s laugh at each other. Clearly Amy Nelson of EN is much more concerned over a drop (Prelim) than William Fox-Pitt is (four-star). 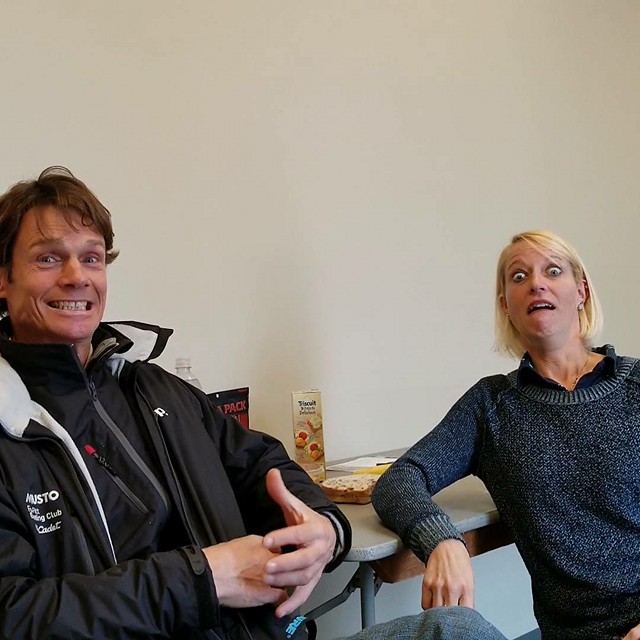 William wrapped up the weekend explaining where to find your confidence in the sport. Confidence comes from doing things well, he stated. And doing things well comes when you ride just below your limit. He told the audience that if you go out and ride at the upper limit of what you and your horse CAN do, neither one of you will be fully confident.

I went away from the WDCTA William Fox-Pitt Symposium with a new energy about winter and training. If someone who competes at the four-star level, who has been to the Olympics multiple times, who is recognized around the world for his successful program, has wooly horses in a field that get fit with long hacks and riding up and down hills in the winter months … it gives us all hope that we can keep chipping away at a dream. Because as William said, this is what keeps him going: “I enjoy horses, and what they give us is very exciting and a great thrill.”