EN’s Got Talent is Eventing Nation’s newest series. We hear all the time about horses at the top of the sport, but what about the next generation of equine talent? This series introduces the future superstars of the sport, interviewing riders about how they’re tackling training with these youngsters. Have you spotted a spectacular young horse at an event you think should be highlighted in this column? Tip me at [email protected]eventingnation.com. 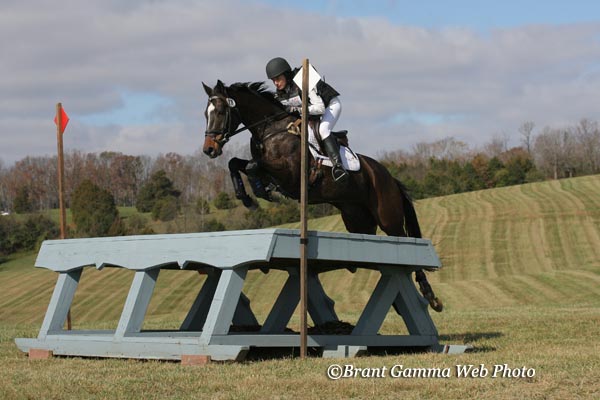 Liberty and Kate at the Virginia Horse Trials. Photo by Brant Gamma.

It’s about time we highlighted an off-track Thoroughbred in EN’s Got Talent. Kate Chadderton has always been drawn to track horses, with her interest in OTTBs beginning in her native Australia and following her to the States. She has three OTTBs at her farm in Woodbine, Md., with 7-year-old Civil Liberty being one of her most exciting upper-level prospects.

Purchased by adult amateur Susan Southard as a 3-year-old off the track, Liberty successfully evented through training level. But his quirky personality ultimately led to the horse being offered for sale. Kate heard about him through a mutual friend and vetted him down in Aiken last March.

“He’s not a very impressive horse to look at,” Kate said. “He’s actually quite small. But when he walked out of his stall I saw how every part of his body moved. He used all of his muscles and joints. He almost looked like a panther; you could tell that he was very athletic. He looked like he could do anything and he looked very self aware. He just really looked like an athlete.”

Kate saw Liberty for the first time on a Thursday, had him vetted by Kevin Keane on a Friday, bought him that day and took him to an event on Saturday. “The first cross-country jump I ever took him over was the first one out of the start box,” Kate said. “I really fell in love with him.” 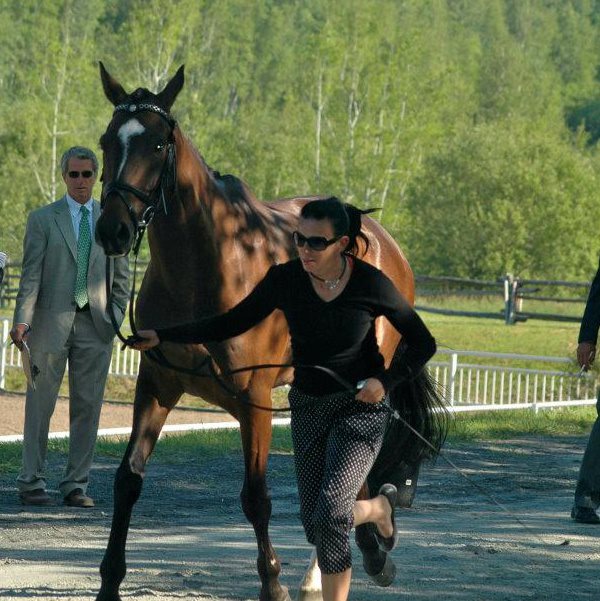 Liberty ran double clear on cross country at that event, kicking off what would become a very successful career with Kate at the helm. Kate, who owns Liberty in partnership with Patrick McCaun, planned to move the horse up to preliminary in 2011 and tackle the one-star at Bromont. But, as often happens with horses, her best laid plans went awry.

A freak accident and what seemed like a minor cut on Liberty’s leg ended up requiring surgery and a lengthy period of stall rest., with several bouts of colic interspersed throughout his recovery. Liberty returned to competition earlier this year. “He had done five prelims before he hurt himself, so we put him back to training at Full Gallop,” Kate said. “I wasn’t sure if he would ever be really sound again.”

But Liberty came back with a vengeance, moving back up to prelim at Pine Top and going on to tackle the one-star at Bromont, essentially completing Kate’s 2011 plan one year later. Liberty was back, and his partnership with Kate was stronger than ever, thanks in part to the long hours she spent nursing him back to health.

“I stayed outside his stall to watch him many nights and I think that’s when he started to like me,” Kate said. “I also think he got told off before for doing his little bucks and rears, but I would just give him a little pat and laugh and off we’d go. My personality appealed to him, like his did to mine.”

Next week on EN’s Got Talent: We’ll break down Liberty’s performances at all three phases, take a look at his recent move up to intermediate and learn more about his personality. “I think he’s the best horse I’ve ever had,” Kate said. “I’ve had horses that are nicer on the flat. I’ve had horses that have been easier to ride. But he’s just the best all-around type I’ve ever had. By the time he gets to Advanced, I think his dressage scores will be excellent. He has that potential to go all the way.”