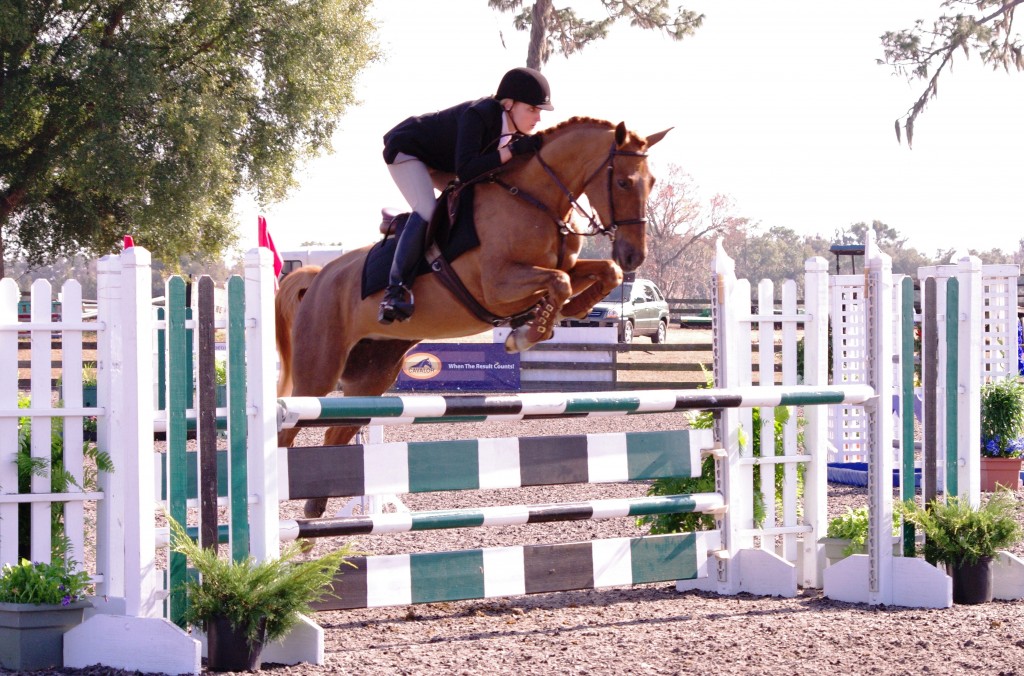 With this next EN’s Got Talent superstar, I could just post a few pictures and videos of her and rest my case for why she’s going to be one to watch in the future. You might have already seen Forrest Nymph, an 8-year-old 14.3 New Forest Pony mare, in this week’s Chronicle of the Horse, where “Farrah” headlines the Finish Line column. A branded ISR Oldenburg Sport Pony, Farrah first turned heads as the highest scoring ISR Oldenburg foal nationally in 2004.

Her sire, Forrest Flame, has shown through Intermediare dressage with USDF Gold Medalist Jill Hardt. Naturally, Farrah started out in a dressage career to follow in her father’s footsteps, but being contained to the little while box didn’t suit this fiesty mare’s personality.

That’s when Beth Davidson, owner of Black Dog Farm Connemaras & Sport Horses in Plant City, Fla., acquired Farrah, who was 5 at the time. The mare had some attitude issues to sort through — think rearing in the cross ties — but Beth was able to successfully start Farrah’s eventing career under the watchful eye of her trainer, Lauren DeNeve. Beth and Farrah competed through training level together, and Beth considered selling Farrah late last year.

By that time, Farrah’s incredibly scopey jumping style and lovely movement on the flat had caught the eye of several people, including Grand Prix show jumper Debbie Stephens and Wynn Norman, the breeder of Theodore O’Connor. With encouragement from Debbie, Wynn and Lauren, Beth handed the ride over to Lauren last fall to take the super pony through the levels. 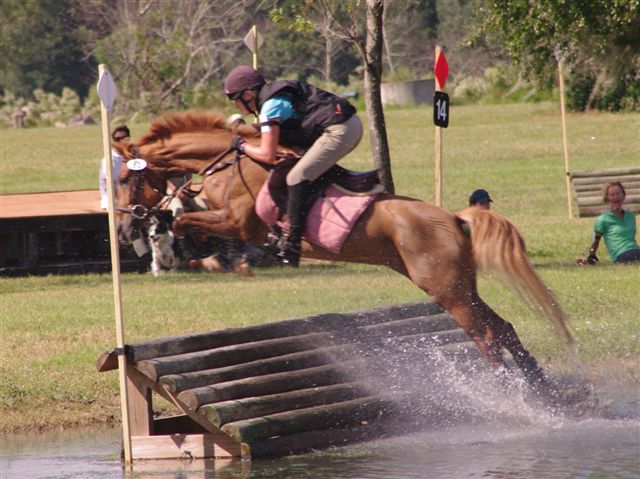 Forrest Nymph shows off her scopey style in a training division with Lauren DeNeve in the irons at the Ocala Horse Properties Fall Horse Trials last year. Photo by Jody Harwood.

“When I first started riding her, I could tell she really loved to jump and had springs for legs,” Lauren said. “Every ride was a lesson for her where she would visibly progress each time. She was a bit aggressive toward the fences at first, but everything you threw at her she just jumped. We went to work with Debbie Stephens, who said she has the jumping style they look for in upper-level horses and compared her to a Teddy-type pony.”

Farrah has talent in spades, and her quirky personality keeps every ride interesting. While she’s not a Thoroughbred, Lauren thinks Farrah embodies the zany chestnut mare stereotype. “In the middle of cantering she would do a Lipizzaner move and try to pop you up in the air,” Lauren said. “If she was 16.2, I would be intimidated by her; but since she’s 14.3, it’s more amusing than anything.”

Lauren has worked diligently on improving Farrah’s rideability, as the mare has been known to grab the bit going down the centerline and proceed to freestyle her dressage test. “We’ve been working with Bill Woods and doing a lot of lateral work and transitions,” Lauren said. “I’ve also been schooling her in the dressage ring, since she likes to grab the bit and run off in that atmosphere.

The transitions and lateral work help to supple her jaw and get her listening to me more. In the jumping, we’ve worked on gymnastics, bounces and grid work to get her listening; that has helped a lot.” Lauren’s diligent work on the flat has paid off, as the pair made a successful debut at preliminary this January at the Ocala Horse Properties Winter I Horse Trials. Farrah laid down a 30.9 dressage score, a clear cross-country trip with time and left the rails up in show jumping to finish 10th and earn a national qualifying score.

Next week on EN’s Got Talent: We’ll learn more about Farrah’s preliminary trips this January, what Lauren and Beth envision for her future — hint: it involves syndication and breeding — and gain a better understanding of the mare’s personality. “She’s very loving on the ground and is really a very personable mare,” Lauren said. “She likes to be in the middle of everything. She’s also very curious. If she can’t see over the side wall of her stall, she’ll rock back and stand up on her hind end to make herself tall enough.”