Tessa Beckett recently adopted Dobby, below, and she has gone missing from Chattahoochee Hills. Please keep your eyes open for her if you are on site, or nearby, and contact the show office if you have any information. Dobby is micro-chipped, and Tessa is understandably distraught.  Thank you. 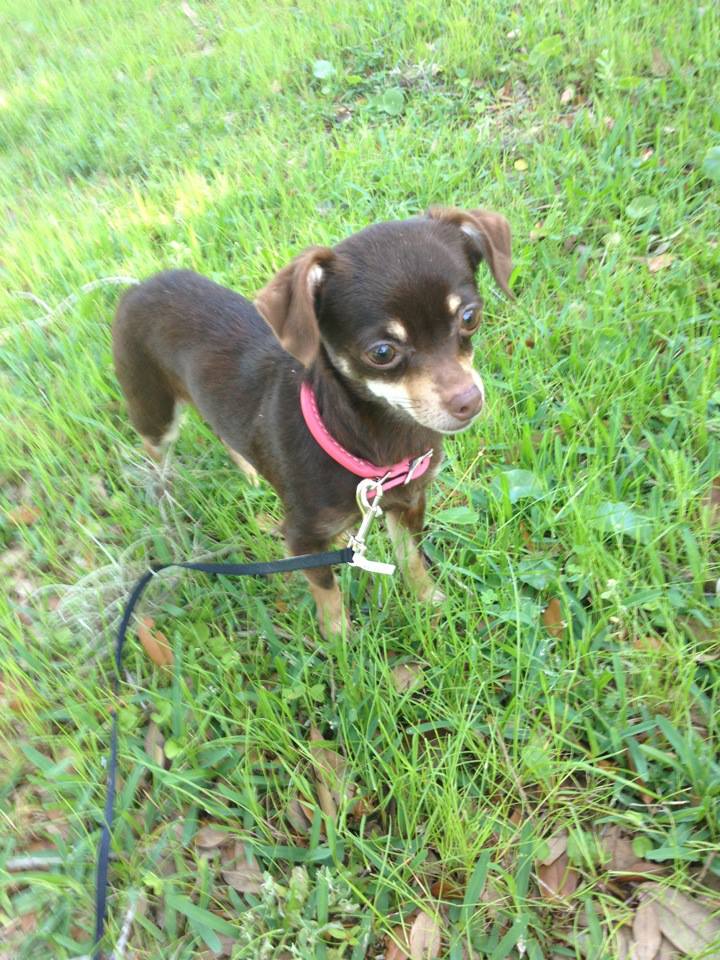 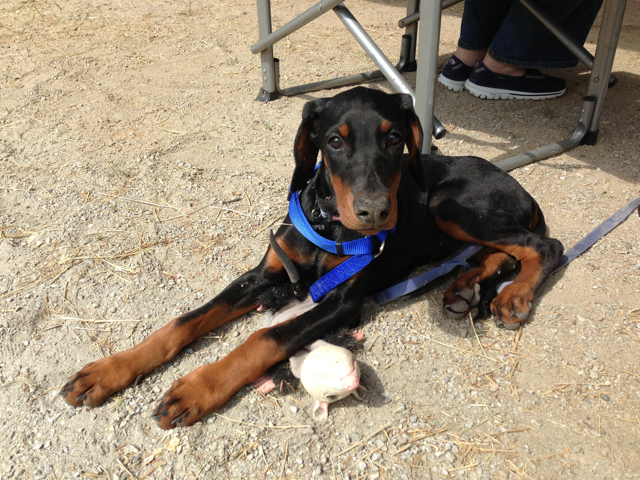 Piper, meanwhile, is twelve weeks old and is Jacob Fletcher’s baby! Elizabeth (Crowder) reports that so far she’s been very well-behaved. Jacob is here at Chatt Hills with two horses – The Prof in the CIC*** who has had a fairly quiet Spring since Red Hills, and Fly Away Ferro in Training Horse.  From here they go to Phillip Dutton’s base at True Prospect Farm in Pennsylvania to train with him until Bromont. 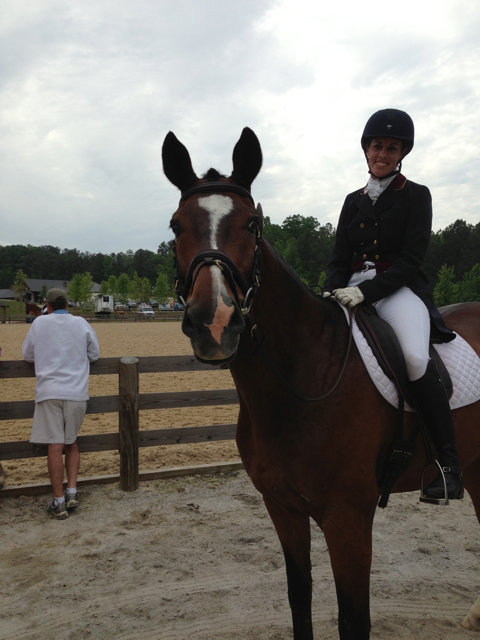 Leah Khorsandian is bringing her 15 year old Canadian sport horse Pamiro W back after a colic surgery about a year ago, (excuse the terrible picture), “He’s in the process of coming back and he’s doing really well; actually if anything it’s improved his rideability.  In the beginning of the test he was eyeing up the stadium and cross country fences so it took him a little while to settle today but I was really pleased with his canter work, and so onto stadium tonight, we’ll see how that goes!” Leah actually took Pamiro out for a hand walk around the arena at her appointed time (8:45pm) last night  to get him accustomed to the lights and the sounds of the generators as she told me he’s quite sound sensitive. Leah also said she’s relieved that she’s not slightly earlier so that the setting sun won’t be in her eyes, and yet not so late that it will be dark enough for the lights to throw shadows. As for future plans for Pamiro, Leah who trains for Peter Gray who found the horse for her many years ago said that after the surgery each day is a gift, “Since his colic surgery we have adopted the theory of taking one step at a time with him, we’re just really thankful to have him going again and competing again so we’ll see. Bromont is a possibility if it goes well, and if it doesn’t go well – lots more lessons!” 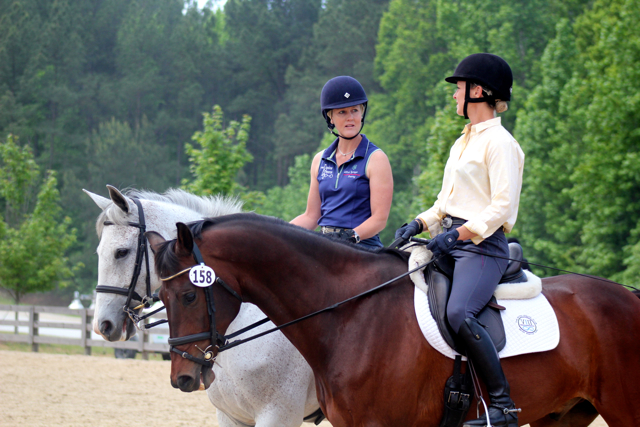 Tips from the Top: Dressage experts Allison Springer and Susan Beebee (in the Advanced with Wolf – 3 competitors) discuss tactics. 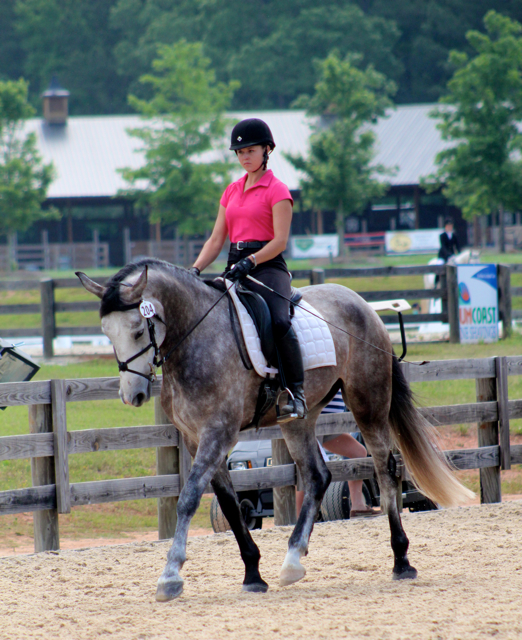 Haley Hughes works a Training Horse – Big Time; I’ve seen plenty of nice young horses working already this weekend; apologies for not being able to cover the National Divisions so far, or even the CIC*, but you can keep up with all the live scores here. 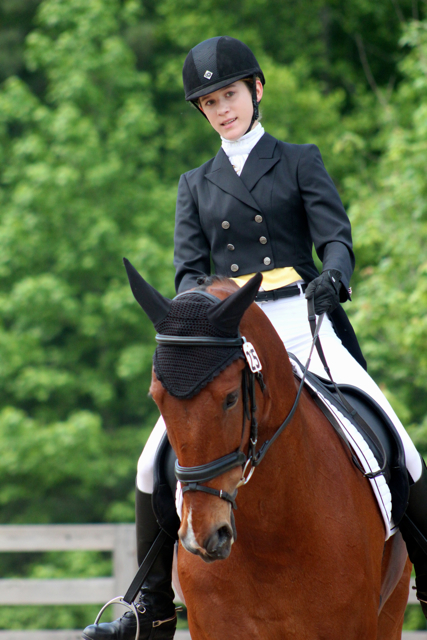 Anna Sheets and Weatherly working in for the CIC*. Mike Huber has been busy all morning coaching, I love that he reminded one nervous girl that she was going to “do lots of smiling today!”  We have seen some beautiful tests, and a few with some added optional piaffes, rein backs, and airs above the ground!  The CIC** dressage has now wrapped up, and Mike Pollard will do the test ride in about half an hour for the CIC*** before Phillip Dutton starts that division on Ben. Much more to come from Chatt Hills, Go Georgia Eventing!