News that Sir Roger Bannister, the first person to run a mile in under four minutes, had passed away began to circulate yesterday. His achievement of breaking the 4-minute mile is one which has inspired many generations of athletes across all disciplines. Experts said for years that the human body was simply not capable of a 4-minute mile. It wasn’t just dangerous; it was impossible.

A medical student at Oxford who ran in his spare time, he used his medical knowledge to devise his own training regime and investigate the mechanical aspects of running, turned his sights on becoming the first person to run inside four minutes for the mile, twice coming close in 1953, and finally, in 1954 in Oxford, achieving the “impossible” — running a mile in three minutes 59.4 seconds.

Forty-six days later, someone else ran a mile in under 4 minutes. Then some more runners did. Now, it’s almost routine; even strong high-schoolers today run 4-minute miles. We are now down to 3:43.13 — set by Morocco’s Hicham El Guerrouj in 1999.

So, what can we learn from it? It’s a truth universally acknowledged across the sporting world that the toughest obstacles to surmount are those we erect in our own minds. It took a sense of extreme certainty for Roger Bannister to do what was considered un-doable. He alone was able to create that certainty in himself without seeing any proof that it could be done. But once he crashed through that barrier, the rest of the world saw that it was possible, and the previous record that had stood for nine years was broken routinely.

The right attitude to overcoming obstacles is laid out clearly by the king of self-help books, Norman Vincent Peale, in The Power of Positive Thinking: “Just stand up to it, that’s all, and don’t give way under it, and it will finally break,” he says. “You will break it. Something has to break, and it won’t be you, it will be the obstacle.”

What obstacles have we put up in the equestrian world? Sure, we have to think differently — we are managing not just our own mental and physical limits but also those of our horse. But are we a world guilty of doing things the way things have always been done? Secretariat holds the record for the fastest Kentucky Derby — that was achieved in 1973, 45 years ago. It doesn’t matter whether you look at the 100m or the mile, humans don’t run the same speed today as they did in 1973.

It is often said that while footballers, tennis players and golfers of generations gone by may possess all the natural talent of today’s athletes, they simply wouldn’t survive in the modern game because training has progressed so much. What time would Sir Roger run the mile in today had be been born 60 years later? Hypothetical of course, but this man was a game-changer. 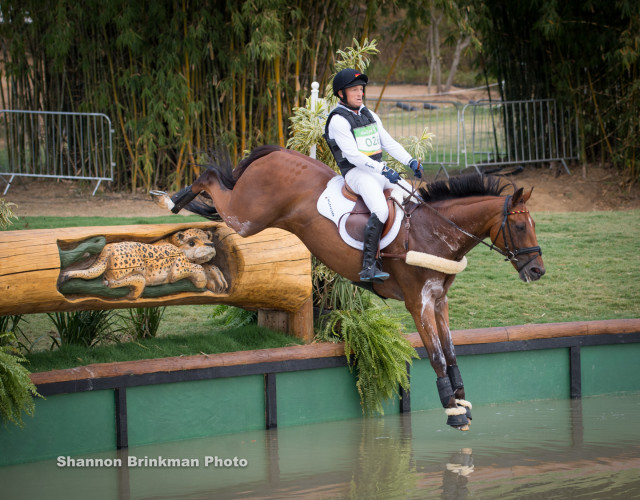 In eventing, we are witnessing our version of Bannister at work. Michael Jung’s 75 consecutive clear cross rounds at international three star level defies the odds, and defies what should have been possible. His top horse, La Biosthetique Sam, has an average finishing score at three and four star level of 38.8 penalties. No other horse at that level averages below 42.5. A game-changer.

At the top end of the sport, the next Olympics in Tokyo will have no discard score, which means the margin for error has gone. The last two major championships (2014 and 2016) have both produced clear cross country jumping rates of 42%, which would make the odds of producing three clears from three athletes just 7.4%. While some teams will perform well above average, other will perform well below it. Team medals in 2020 will require one of two things: either chance or change.

But the Bannister effect applies to everyone. While Mr Jung quietly continues to push the boundaries of what is possible, we must all challenge ourselves. Analyze past performance. Draw an honest line of expected performance and the likelihood of producing that performance. It doesn’t matter which country you are in or what level you compete at; the reality is that, if you haven’t seen it yourself, you’re vulnerable.

Bannister was a game-changer. He broke the barrier which broke the mental barrier for those that followed. The impossible becomes possible when you believe that it can be achieved. 75 consecutive clear rounds. Now you’ve seen it. Do you still think it’s impossible?