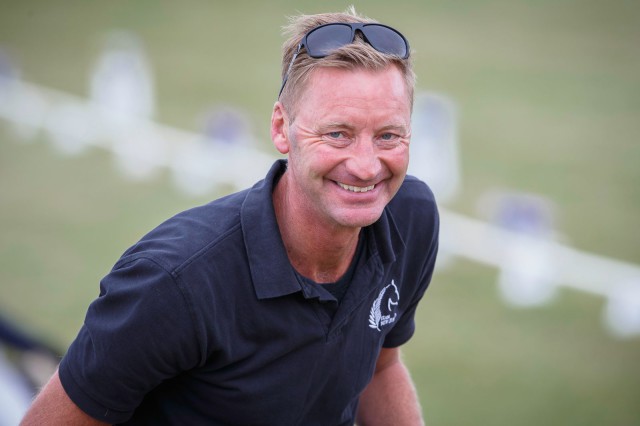 The USEF just announced that Erik Duvander has been named the new US Performance Director for Eventing. He will take up the role on Monday, Oct. 16, 2017.

“It is a great privilege and responsibility to be chosen as the U.S. Eventing Performance Director, a role that I believe holds the highest regard within our sport,” Erik said.

“Having spent the last six months in the United States, I have seen a lot of quality athletes and horses. I have met some truly dedicated horse owners. I also know that the US Equestrian has an excellent group of people, and most importantly, all are working towards a common goal. I am looking forward to working within this community and taking on the challenge of putting together the best prepared combinations for the WEG at Tryon in September 2018 and also with a longer view to the Olympic Games in Tokyo 2020.”

Erik joins US Equestrian with more than 30 years of High Performance experience. He transitioned from competing into a coaching role after representing Sweden at the World Championships and Olympic level. Since then, he has coached teams and individual athletes to World Championship and Olympic medals, working with Japan, Sweden and New Zealand.

He most recently coached New Zealand to a fourth-place finish at the 2016 Olympic Games in Rio de Janeiro and a team bronze medal at the 2010 World Equestrian Games.

“US Equestrian and our U.S. Eventing Team are gaining an experienced leader in Erik Duvander,” US Equestrian President Murray Kessler said. “His work with both teams and individual athletes is an important asset that will aid in the continued development of our event riders as they set their sights on the WEG and work towards their goals. We are excited for this sport and what is to come.”