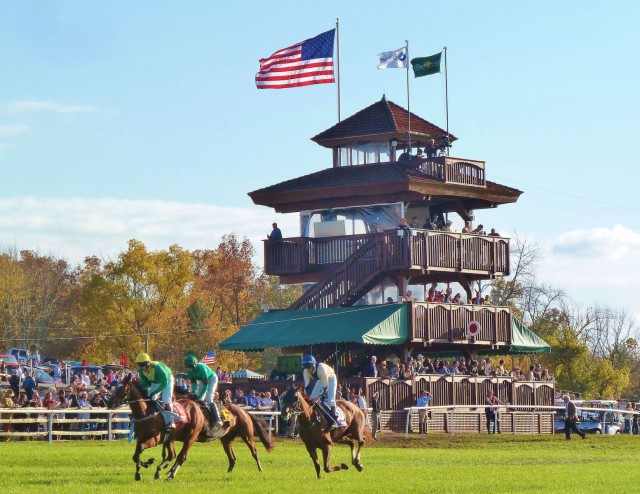 The Essex Horse Trials will be revived at Moorland Farms in Far Hills, N.J., home of the Far Hills Race Meet. Photo by Ekem/Wikimedia Commons.

A dedicated group is determined to revive one of eventing’s oldest and most iconic competitions in the U.S. In 2017, New Jersey’s Essex Horse Trials will run again for the first time in nearly 20 years.

The Essex Horse Trials first took place in 1968 at Mr. and Mrs. Elliot Haller’s Hookpstick Farm in Bedminster and later moved to the USET’s headquarters at Hamilton Farm in Gladstone. The event that initially held Training and Preliminary one-day horse trials grew to be one of the most prestigious three-day events in the country. In 1998, Essex celebrated its 30th anniversary, but that would also be the last year it was held, until now.

The ‘new’ event is slated for June 24, 2017, at Moorland Farms in Far Hills, New Jersey at the 230-acre facility that hosts the October Far Hills Race Meeting. The Essex Horse Trials at Moorland Farms will host Beginner Novice through Preliminary with big plans for the future.

The cross country will not run over the steeplechase track, but the same technique used to cultivate the footing found on the race course will translate to the cross country. The event will highlight upscale hospitality for sponsors and entertainment value for the community.

Read more about the exciting revival of the Essex Horse Trials in this detailed article by Nancy Jaffer for The Star-Ledger.

[Eventing Through the Years in the Garden State]