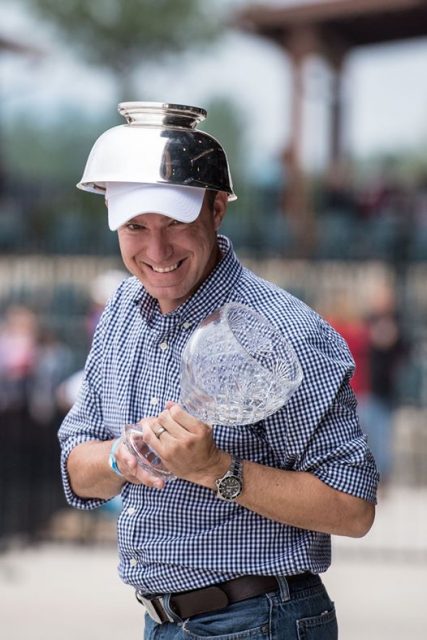 Reasons USEA CEO Rob Burk is the actual best: 1) his dedication to the sport 2) his volunteerism 3) his sense of humor. Photo by Leslie Mintz.

Pony Club is where many eventers get their start so we’re thrilled to learn that four eventers and Pony Club alumni were inducted into the U.S. Pony Club Academy of Achievement last week during the USPC Convention and Equine Symposium.

USEA CEO Rob Burk and Olympian Dorothy Crowell along with Kat Drake, PhD, and Tim Leithead, whose family is a well-known and long been active in Pony Club, were honored “for being outstanding in their chosen fields of expertise. Individuals are nominated by members, leaders, and other alumni.”

As new members of the USPC Academy of Achievement, the four inductees also participated in the National Youth Congress during the Convention.

On behalf of the Eventing Nation, thank you Rob, Dorothy, Kat and Tim for using your Pony Club education to give back to the community and make our special corner of the world a better place.

[Eventers Honored with Inductions into Pony Club Academy of Achievement]