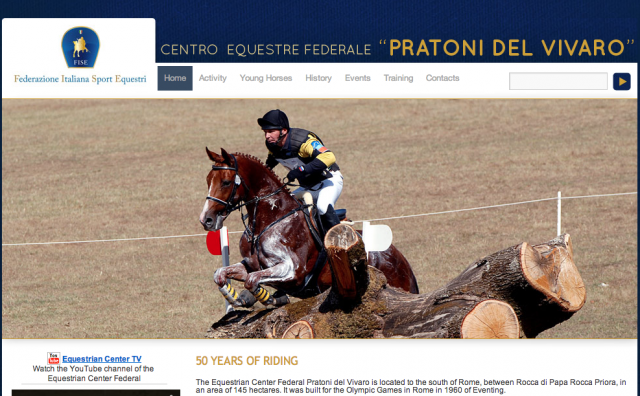 Some of eventing’s biggest names are adding their signatures to a petition in an attempt to save the Centro Equestre Federale Pratoni del Vivaro in Italy, a major venue Italians say would cripple the sport in their country were it to close, Horse & Country reports.

Built to host the equestrian portion of the 1960 Olympic Games, the venue, which is located just outside of Rome, has since hosted the 1998 World Equestrian Games, the European Championships in 1995 and 2007, and numerous other international competitions.

Italian eventer Margaret Carafa Jacobini has started up a petition calling for riders and fans of the sport to sign up, in a bid to save the venue.

According to Margaret, without Patroni eventing has “no future” in Italy, as the riders at international level are “falling behind with the preparation of their horses” and many are forced to move to the UK and Germany.

The petition has so far received more than 1,000 signatures, from all around the globe, including the likes of Laura Collett, Bettina Hoy and Sir Mark Todd.

“Have great memories of competing there, particularly for the World Champs in 98,” said Mark. “A fantastic venue, would be a huge shame for the sport of eventing worldwide to loose it.”

From reading translated Italian news pieces, it appears there’s a lack of public funding for the venue, which is why it’s on the chopping block. More than 200 local riders staged a protest at the venue on Saturday, according to Cavallo Magazine.