The Emerging Athlete Eventing 25 winter training session took place in Ocala, Florida, January 8-11. We are excited to introduce you to some of the riders making their debut on the E25 list, which can be viewed here. Today: William Zuschlag! 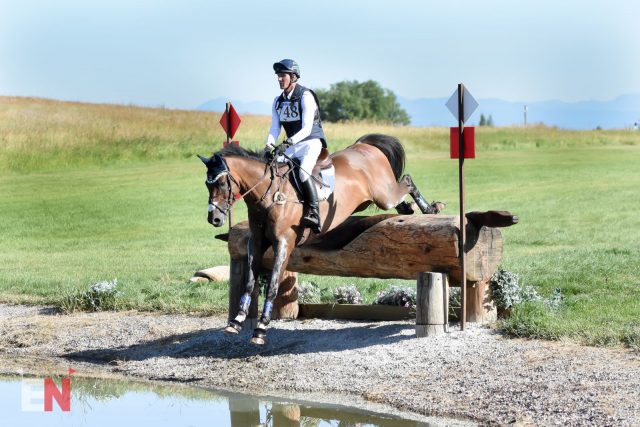 Will Zuschlag and RF Southern Command. Photo by Shelby Allen.

Less than three years after competing in his first Beginner Novice horse trials, 20-year-old Will Zuschlag commands the attention of the eventing world as a talented up-and-coming young rider. Last year, he completed a season at the CIC2* level, won a gold medal at the Young Rider Championships, and earned a spot on the 2018 USEF Emerging Athlete Eventing 25 list.

Will’s early riding experience consisted of lessons at a local barn and competing in unrecognized hunter/jumper shows. He was familiar with eventing through Pony Club but didn’t have much interest in the sport, having only experienced low level courses during ratings. “Then I looked online and saw upper level riders doing Rolex and Badminton and thought, ‘Oh! I would love to do that!'” Will said.

A chance encounter with an Olympic event rider changed the course of his career when he received a spot in a Karen O’Connor clinic as a prize for winning at a local schooling show. Karen recognized Will’s potential during the clinic and invited him to continue his training as a working student.

“She called me after the clinic on Sunday night and before we hung up she told me to be at the barn the next day,” Will said. “I was home schooled and had some flexibility with school, so (with mom and dad’s blessing) I took off in the middle of the night and drove from South Carolina to Florida.”

Karen helped Will get a job with Marilyn Little at Raylyn Farms, where he worked from March 2015 through the end of August the same year. It was then that he met his current top horse, RF Southern Command, a Dutch Warmblood Marilyn found during a trip to Europe. At the time Will was competing Novice and ready for a new partner who could take him further.

“The talent was there. He was a great horse, but he was stopping on cross country and was not great in dressage. His amateur rider was doing it all on her own and he needed more of a consistent program. Marilyn runs a very structured program and she’s very organized. That helped him a lot,” Will said of the now 10-year-old gelding.

“SoCo was full of challenges and he still is. He’s fresh coming back into work this year.” Will laughed during our interview, recounting that morning’s bronc ride that was supposed to be a quiet hack. “He’s a knuckle head but he’s a good horse and we get along well. He likes to go out there and be a big, tough guy. You just have to take the edge off a little before he gets in his rhythm.”

Together Will and SoCo moved quickly up the levels. They began competing at Preliminary in 2016, winning numerous events including the USPC National Championship and the Junior/Young Rider Preliminary division at the USEA American Eventing Championships. By the end of 2016 they had completed their first CCI* at the Virginia Horse Trials, where they finished third.

The pair moved up to the CIC2* level in the spring of 2017 and went on to earn four top eight finishes, including an individual gold medal at the North American Junior Young Rider Championships CICOY2* at The Event at Rebecca Farm. They were on target for a CCI2* in the fall, but–as we all know–when it comes to horses, plans are always made in pencil.

As he was unable to compete at a CCI2*, which is a minimum requirement for the Eventing 25 list, Will figured he would have to wait another year to apply. However, based on Will’s success so far at the two-star level, Developing Rider Coach Leslie Law urged him to send in an application anyway. It turned out to be good advice, as Will was talent spotted onto the program for 2018. 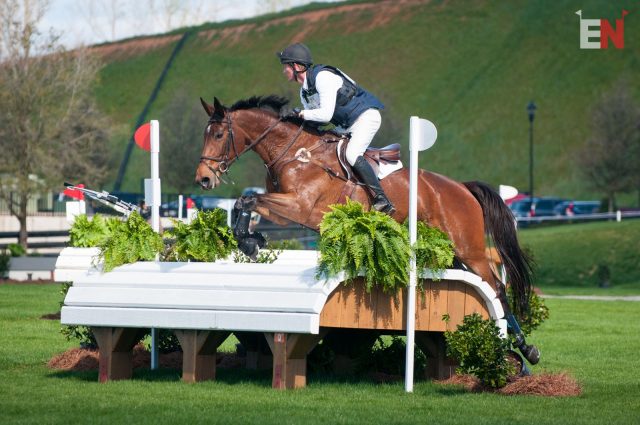 Will Zuschlag and Go Happy. Photo by Leslie Threlkeld.

Will took Go Happy, a 7-year-old Dutch Warmblood mare, to the Eventing 25 Training Session in Ocala, FL last month. He also has a second promising prospect in 7-year-old Quintana K, also a Dutch Warmblood mare. Will’s goal this year is to get both Go Happy and Quintana experience at the one-star level while SoCo prepares for a CCI2* and potentially a move up to Advanced.

Now in a full-time program with Karen and David O’Connor, Will is hoping to gain the skills and experience he needs to make it as a professional event rider.

“Leslie told us that the gap from 21 to 25 is one of the hardest times in a young professional’s career because you’re trying to transition from the Young Rider to professional group. One day you’re winning a Young Rider division and now you’re going against Boyd, Phillip and Buck and you’re trying to figure out how to compete with that and make it a career.

“I’ve got a long way to go. I have a lot of things to learn and figure out before I set out on my own. But I love it. I love getting up every morning and going to the barn.”