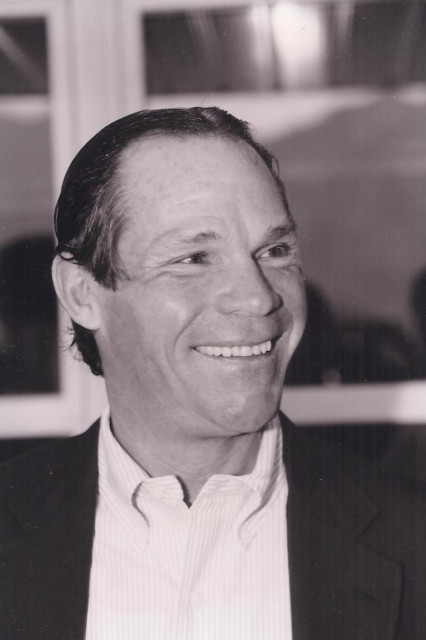 It is with great sadness that we can confirm that Bruce Duchossois, 64, died yesterday. An accomplished equestrian and longtime owner for Phillip Dutton, Bruce was a staple in the eventing community, especially at his farm in Aiken, S.C. He was also a partner in the Duttons’ True Prospect Farm in West Grove, Pa.

A regular on the Winter Equestrian Festival show circuit in Wellington, Fla., Bruce was also a familiar face at major three-day events. He owned the great Hannigan, as well as 2008 Rolex winner Connaught and Mighty Nice, who was recently named to the U.S. World Equestrian Games alternate list.

It goes without saying that this is a huge loss to eventing, and our thoughts are with Bruce’s family and friends at this time, especially the Duttons, whose friendship with Bruce spanned nearly 20 years. The EN team extends our deepest condolences at this tragic time.

We’ll update this post with the USEF’s official statement as soon as we receive it.

Updated 3:45 p.m. EST: The USEF has released the following statement:

The United States Equestrian Federation mourns the loss of horseman R. Bruce Duchossois, who passed away on July 2, 2014 following a long battle with cancer.

“We will all deeply miss Bruce,” responded USEF President Chrystine Tauber at the news of his death. “He contributed so much as a competitor, an owner, a supporter, and was perhaps one of equestrian sports’ greatest enthusiasts.”

A popular competitor in the amateur hunter ranks, Duchossois was involved in many aspects of equestrian sport. With lifelong ties to the thoroughbred industry, he kept in active interest in racing. Additionally, Duchossois owned many of America’s top sport horses, including Phillip Dutton’s Rolex Kentucky Three-Day Event and 2008 Olympic Games partner Connaught.

Duchossois was actively involved in the administration of the sport including as a Trustee and Vice President of the USET Foundation and served on several USHJA committees, in addition to being a member of the Board of Directors of the National Horse Show. He was a lifetime member of the USEF and the USHJA and was also a member of the U.S. Eventing Association and the American Quarter Horse Association.