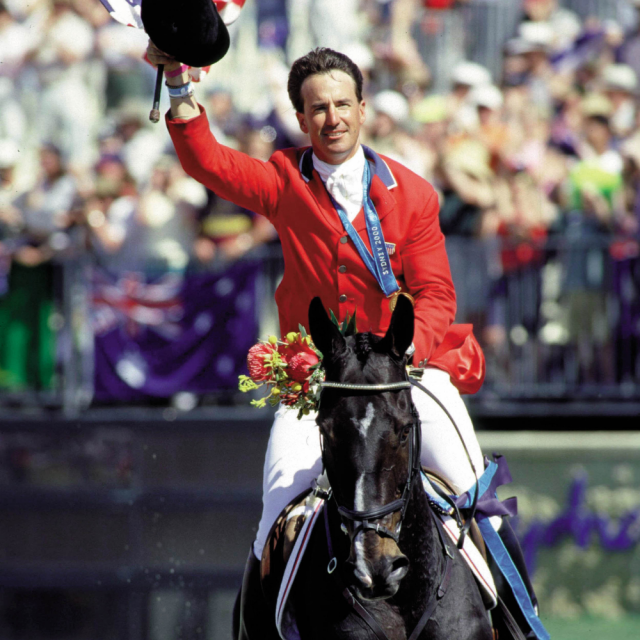 David O’Connor and Custom Made. Photo courtesy of US Equestrian.Eventing Legend Custom Made Passes Away at 34

Custom Made, a legendary U.S. event horse, was laid to rest on October 2 at the age of 34. Custom Made, the 17.1-hand Irish Sport Horse gelding (Bassompierre x Purple Heather/Ben Purple), was foaled in Ireland in 1985 and was imported to the U.S. in 1995 by owner Joseph Zada of Xandarius, LLC, to be a mount for David O’Connor. In their first year of partnership, “Tailor” and O’Connor won the 1995 Kentucky Three-Day Event CCI3*.

The 2000 Sydney Olympic Games were a career highlight for Custom Made and O’Connor. They clinched the eventing individual gold medal, the first eventing Olympic gold medal for the U.S. in 25 years.

He was formally retired at the 2004 Kentucky Three-Day Event and was inducted into the United States Eventing Hall of Fame in 2009. He lived out this retirement at David and Karen O’Connor’s Stonehall Farm in The Plains, Va., and was the last member of the “Fab Four,” which also included the O’Connors’ top mounts Biko, Giltedge, and Prince Panache.

“Obviously he was the horse of a lifetime, but probably one of the greats of our time that I have ever been around, especially thinking about it in the classic format, which is where he did most of his career,” O’Connor said. “From an athlete’s point of view, he was the most powerful athlete that I have ever ridden. Then after that, it was 10 years of great retirement at Stonehall, originally with all four of those Olympic horses. He was the last one to go. He is gone now but will be with me forever.”

[Eventing Legend Custom Made Passes Away at 34]