There’s been much talk about the future of eventing’s inclusion in the Olympics. For now, we are safe. But as of 2020, all sporting disciplines are said to be ‘up for review’ after each Olympics; new sports could be included or others dropped by a simple majority vote. We can see in very recent years that changes are afoot, with baseball and softball being removed in 2012 for just one Olympic cycle, and rugby 7s and golf joining the Olympic club in 2016.

The Federation of International Polo (FIP) is incredibly committed to getting its sport included in future Olympics. (Reining and Endurance fans would also love to see their equestrian sports included, although the disciplines were not long-listed for 2020.) 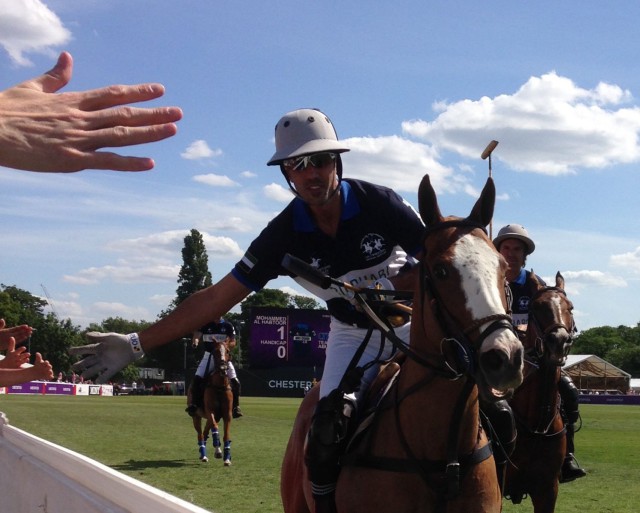 In 2015, polo was one of 26 sports long-listed for inclusion in 2020, according to its own members’ newsletter – Dr. Richard T. Caleel, of the FIP Executive Committee, said that the long-listing: “Is a significant step forwards in our efforts to introduce polo into the Olympic Games.”

However, at a recent meeting of the Tokyo 2020 Additional Events Programme Panel, the sport of polo was denied the chance to compete in Tokyo in 2020, when five other sports were chosen. They are baseball/softball, karate, skateboarding, sports climbing and surfing. (Interestingly, the five new 2020 additions for Tokyo are not ‘binding’ for future Olympic integration, but could gain longer term inclusion down the line, says Forbes.)

For background information, it is a wonder polo is not currently included at the Games, as it has an impressive heritage as an equestrian sport that pre-dates all others; and in fact pre-dates just about all recorded team sports, in any discipline!

It originated in Persia as the Iranian royalty’s cavalry training, and as mounted armies began to travel the world, polo was adopted as a pastime by kings, sultans and emperors. British officers went on to introduce a faster-paced version of the game to UK soil, having witnessed it in India in around 1869; Polo is now played in more than 60 countries worldwide. (Of course, changes would be required to create a suitable Olympic polo format.) 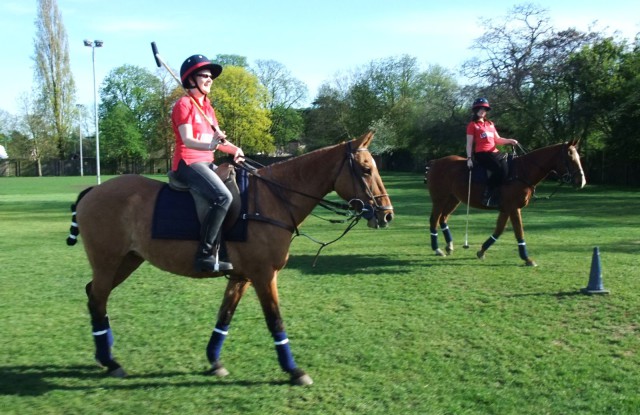 The author of this article (left) rocking the ‘anxious beginner’ look on the polo field. Photo by Kathy Carter.

We all know that equestrian fans have been concerned about maintaining our discipline’s inclusion in the Games. Historically, there do need to be ‘exceptional circumstances’ for a core discipline to be released from the Olympic program, but that does include significant drops in popularity.

Methods of application for Olympic inclusion are for a sport’s international federation to petition the International Olympic Committee (IOC), and for local organizing committees to push favored sports in their own country. The IOC has a keen eye on the ‘younger market’ — a good example is the success of snowboarding being included as a winter Olympic sport in 1998. Polo will undoubtedly keep up the pace of its campaigning for 2024 inclusion.

Take Sport to the Youth

The IOC’s President Thomas Bach said in a news release about the new sports’ Olympic inclusion that the committee wants to ‘take sport to the youth’. “We cannot expect that they [the youth] will come automatically to us [to the Olympics]. The five [new] sports are an innovative combination of established and emerging, youth-focused events that are popular in Japan.”

With Los Angeles, Rome, Paris, Budapest and Hamburg on the shortlist for 2024 hosting duties, with a winner being selected in 2017, any sport seeking inclusion may have to capitalise on its affinity with the host nation. When quoted in 2015, at the time of polo’s initial Olympic application, Dr. Richard T. Caleel of the FIP Executive Committee sagely foresaw that: “When the Olympics are scheduled in a country that has an active Polo Federation, we will have a much stronger opportunity to be included as an additional sport in those Olympic Games.” 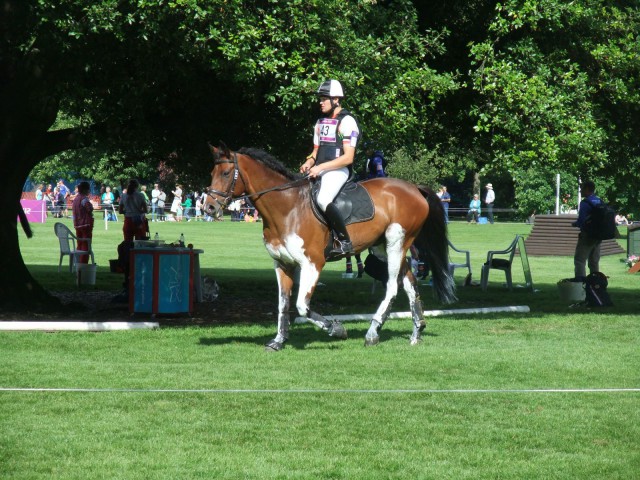 Awareness and support for eventing was extensive for Rio. Photo by Kathy Carter

Sports seeking inclusion for each Games will also have to drum up enthusiasm with whomever the ‘youth of the day’ is by that time. For eventing, that is likely to be the teams and connections currently contesting events such as the European Championships for Young Riders, Juniors and Children.

Awareness and support for eventing was extensive for Rio. (Interestingly, a report of ‘social influencers’ of the #twohearts hashtag, which includes influencers such as the FEI, the UK’s Horse and Hound magazine and British Eventing, showed that Australian rapper Iggy Azalea was the biggest influencer of the horsey hashtag, having shown her support on Twitter for equestrian events.)

Iggy Azalea was the biggest influencer of the hashtag #twohearts. Image source: Twitter

Fortunately, eventing seems set to remain in the Games for the time being. Equestrian sport is one of the 25 core sports recommended for inclusion in the 2020 Games; the FEI has stated that the main equestrian site in 2020 will be at Baji Koen, which hosted the Tokyo 1964 Olympic equestrian events, and that the Games will include dressage, jumping and eventing.

So, eventing enthusiasts have every reason to be positive. But we will need to keep on our toes, as other sporting disciplines will be continually chasing our heels for Olympic inclusion.