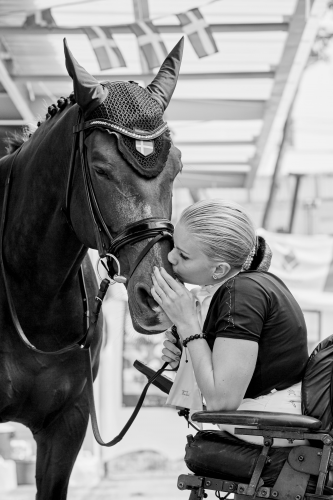 This announcement also means that both Olympic and Paralympic equestrian sports can celebrate back-to-back clean Games from both London 2012 and Rio 2016.

“We are very proud of our efforts on clean sport at the FEI, working closely with our National Federations and all our athletes, and everyone involved should be proud of our clean Olympic and Paralympic Games record in 2016 and 2012,” said FEI President Ingmar De Vos.

“We actively educated our athletes about the importance of clean sport before both Games in Rio and this is proof that our educational campaign is working,” Ingmar said. “It’s the icing on the cake following such a successful Paralympic Games which saw amazing performances from 75 athletes representing 29 nations.”

The FEI’s Clean Sport campaign began in 2010 as part of an “ongoing educational outreach programme designed to simplify the FEI anti-doping regulations, which are based on World Anti-Doping Authority (WADA) principles.” Learn more about FEI’s Clean Sport Campaign here.