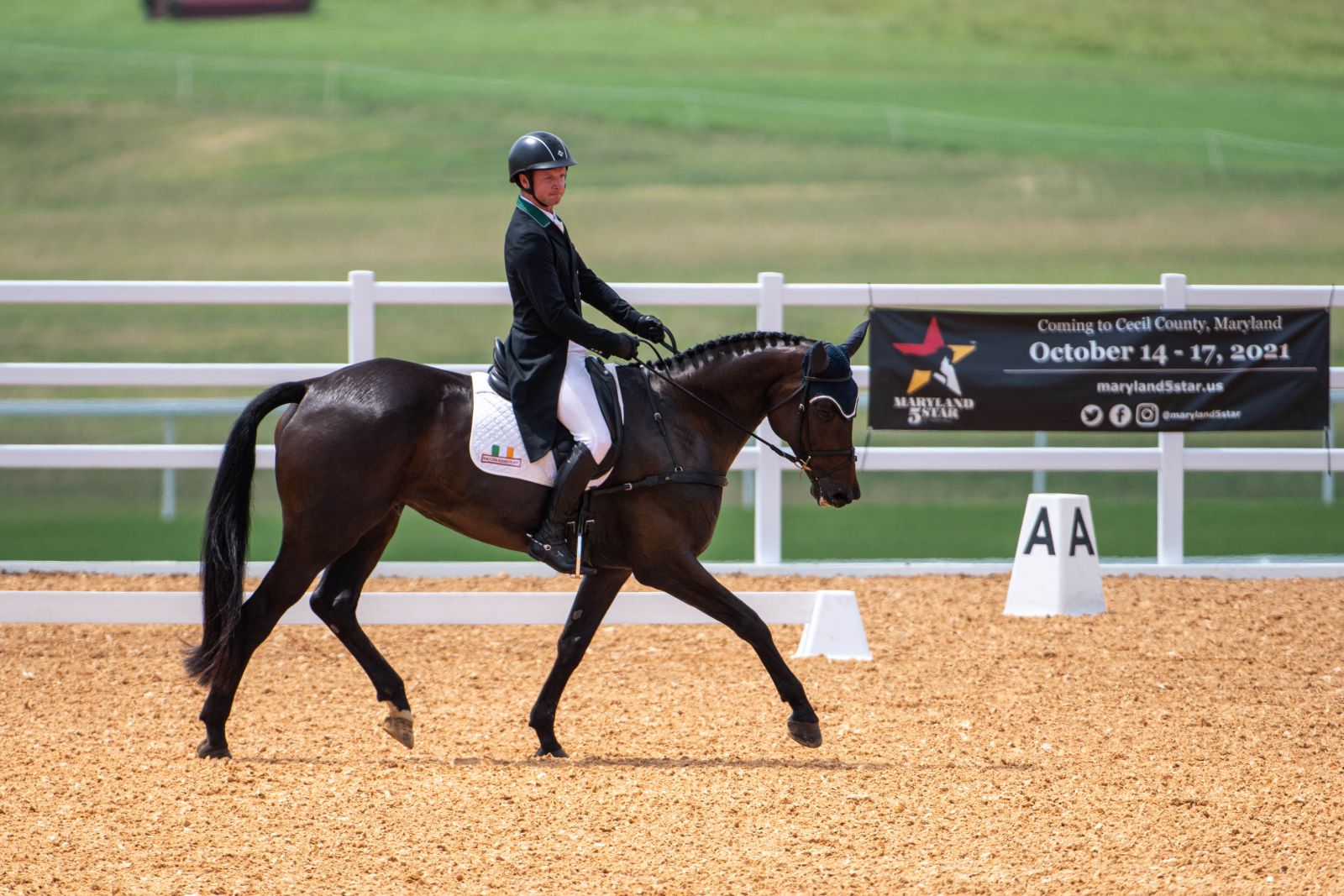 Tim Bourke and Quality Time at the Maryland 5 Star at Fair Hill’s test event in August. Photo by Amy Dragoo.

It’s all systems go for the postponed-from-2020 Maryland 5 Star at Fair Hill, now scheduled for Oct. 14-17, 2021. The inaugural event has been granted official CCI5*-L status following support from the FEI.  The formal ratification was received following the FEI’s evaluation of the host venue at a test event in August 2020 held at the newly constructed Fair Hill Special Event Zone in Cecil County, Maryland.

FEI officials were on-site at Fair Hill in August where competitors utilized the new Special Event Zone for the first time since construction was completed in February 2020. The CCI3*-S event served as the test event for the Maryland 5 Star after the original test event planned for April was cancelled because of the pandemic.

“The five-star designation is the top level of our sport and in turn, there is an extensive evaluation process that takes place in order to host such an event,” said Catrin Norinder, FEI Director of Eventing and Olympic. “Despite the challenges 2020 has presented, the organizers have made tremendous strides and met the necessary requirements to date, and the FEI Eventing Committee supported its inclusion in the FEI Calendar.”

In 2017, the USEF board of directors selected Fair Hill as a potential host site for the newest CCI5*-L competition on the international eventing circuit. Last year, the Maryland Board of Public Works approved funding for the construction of the Fair Hill Special Event Zone to serve as the annual host site for the Maryland 5 Star. Phase One of the project was completed this year including the construction of a new cross country course designed by Ian Stark, as well as new dressage and show jumping arenas located within the infield of the refurbished Turf Course at Fair Hill.

The event will be the seventh CCI5*-L worldwide and Maryland will join Kentucky as the second location in the United States.

“The Maryland 5 Star at Fair Hill will be a significant addition to our country’s eventing calendar and is the result of a major, multi-year initiative to bring a second CCI5*-L to the U.S.,” said Bill Moroney, Chief Executive Officer of US Equestrian. “This event is the culmination of that vision and we’re looking forward to working with the Maryland 5 Star at Fair Hill team to support a successful event in 2021 and beyond.”

Courtney Cooper Ready for His First Event or Show